WHO Provides Latest Update On COVID-19 Cases In Africa 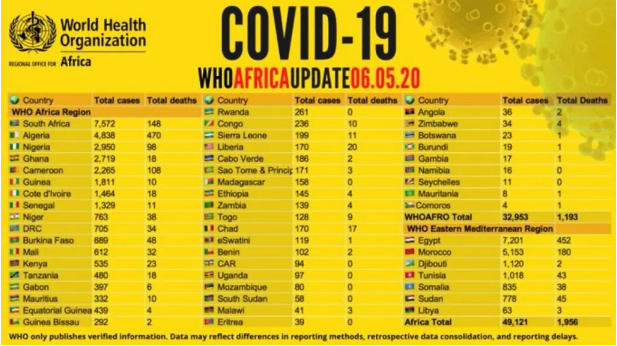 The World Health Organization (WHO) Regional Office for Africa in Brazzaville, Congo, has said that the number of coronavirus cases in Africa has risen to over 49,000 in the past 24 hours.

According to the tweet, COVID-19 has killed over 1,900 people on the continent, while more than 16, 000 patients have recovered.

Meanwhile, Africa’s most populous nation, Nigeria has recorded 2,950 cases and 98 deaths as of Tuesday night, according to the NCDC.