War Against Insurgency: The Command System Of The Military Should Be Decentralised – Prof Dikwa 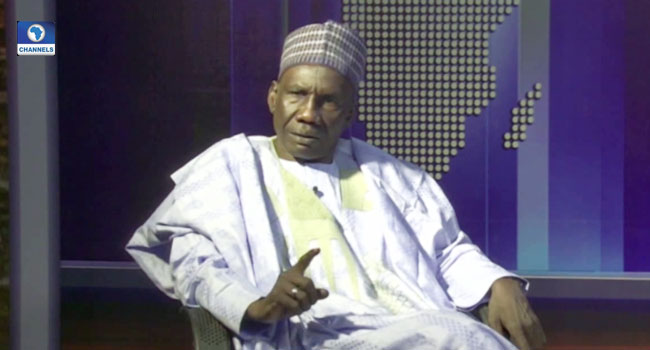 The Dean, Borno Elders Forum, Professor Khalifa Ali Dikwa, has called for the decentralisation of the command system of the Nigerian military.

He made this call during a recent interview on Channels Television’s Newsnight, which aired on Monday.

“If I were to have the ears of President Muhammadu Buhari and Commander-in-Chief, I will insist that the command system of the military be decentralised so that junior commanders could also give a command in case of threats,” he said while suggesting how the insurgency war can be won in the northeast.

“Even the police have their own way of neutralising the enemy rather than waiting. As long as the command is from top-down, it will not work.

“This is a special emergency issue and also it needs an emergency solution to it. The command should step in rather than just waiting from the Headquarters in Abuja to reach the field commanders, it is rather better for them to say the Sector Commander should be able to give instructions to the junior commanders in the field.”

Speaking further, Professor Dikwa called for collaboration between the security agencies in the war against terrorism.

While noting that there seemed not to be synergy between the various defence agencies, he lamented there is rivalry among the government organisations.

“As a President, he should be able to stamp his feet to say ‘Do the work, I am giving you one, two months maximum. If you don’t finish up this thing, submit your resignation letter,’” he added.

On the retirement of generals and top military officers, he explained that Nigeria is the only country that does not engage them in the theatre of operations.

He noted that the Nigerian government, rather than let go of the retired military personnel, should involve them in the terrorism and counter-terrorism engagements.

Boko Haram and a splinter group known as the Islamic State of West Africa Province (ISWAP) have launched a series of attacks in Nigeria for more than a decade now.

More than 30,000 people have been killed and nearly 3 million displaced in a decade of Boko Haram violence in Nigeria, according to the UN Office for the Coordination of Humanitarian Affairs.

According to the UN Refugee Agency, violence by Boko Haram has affected 26 million people in the Lake Chad region and displaced 2.6 million others.