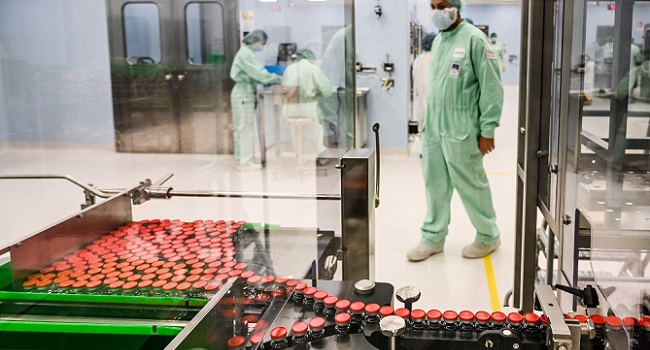 Nigeria on Monday recorded its highest figure of COVID-19 cases in a day since the outbreak of the disease in February 2020, as the Lagos State government issued a directive for schools to reopen.

This was disclosed in a late-night tweet by the agency responsible for the management of disease outbreaks in the country – the Nigeria Centre for Disease Control (NCDC).

It revealed that a total of 1,204 new confirmed cases were reported from 20 states and the Federal Capital Territory (FCT).

Of the figure, Lagos State reported the highest number of infections in a single day, with 654 new cases.

The south-west state is followed by the FCT, Plateau, and Kaduna where 200, 60, and 54 more infections were confirmed.

The new figure brings to 91,351 the total number of coronavirus cases confirmed in the country.

Nigeria’s recovery figure also rose to 75,699 while 1,318 deaths have been recorded in the 36 states and the nation’s capital.

The rise in the death toll was a result of four more fatalities reported on Monday.

Before the tweet by the NCDC in which Lagos recorded 654 new cases,  the state government had ordered the reopening of schools from January 18.

The Commissioner for Education in the state, Mrs Folasade Adefisayo, who made the announcement, had asked authorities in the schools to make efforts to comply with all the COVID-19 requirements for resumption.