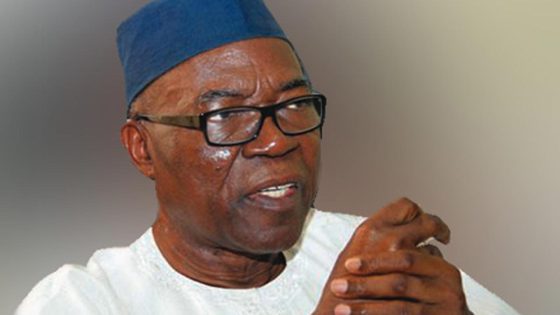 The Plateau State governorship candidate of the Peoples Democratic Party, PDP in the 2019 election, Senator Jeremiah Useni has appealed to his supporters and members of his Party to remain “very calm” and continue to work towards rebuilding the party in the State.

He spoke following the judgement of the Supreme Court on the governorship appeal for the State, which affirmed the election of Governor Simon Lalong and dismissed Useni’s petitions saying it found no reason to upturn the concurrent decisions of the tribunal and court of appeal.

Since the Supreme Court judgement on Monday, there has been no public protest nor jubilation in the State as residents are seen going about their businesses. However, Useni in a statement noted that this is no time to mourn as the process had been a long struggle aimed at freeing the people from retrogressive politics and urged the people not to blame anyone but stay focused and keep the PDP going.

His words, “I hereby call on all Stakeholders, officials and supporters of the PDP, and indeed the good people of Plateau State to remain calm, peaceful, and to decline to react to any form of provocation.

It has been a long struggle to get to this point in our sustained and vigorous efforts toward freeing the people of Plateau from the new form of retrogressive politics and people-alienating governance that we have come to witness in recent years in our dear State.

“I salute and thank you all for your support, hard work and perseverance. Let us then stand together and keep the party going. Do not trade blames. It won’t lead to any good destination.

It is also no time for mourning. After all, we all fought gallantly together. Our best is yet to come. So, let us face the future with pride, confidence and dignity. As long as God gives us breath, we must keep as our enduring agenda the vision for the total security, unity and prosperity of the people as our state. To restore Plateau to enable her meet the yearnings of the people is a task that must be done.”

Meanwhile, the State Commissioner for Mineral Resources, Jude Dakur has congratulated Governor Simon Lalong over his victory at the Supreme Court saying he was the choice of the people because of his diligence in governance. Dakur described the victory as hope for Plateau in reaching greater heights and empowering the people of the state for holistic development and prayed for wisdom and protection for Lalong in governing the people, saying he was confident of his dedication to enacting good policies and progress for Plateau.