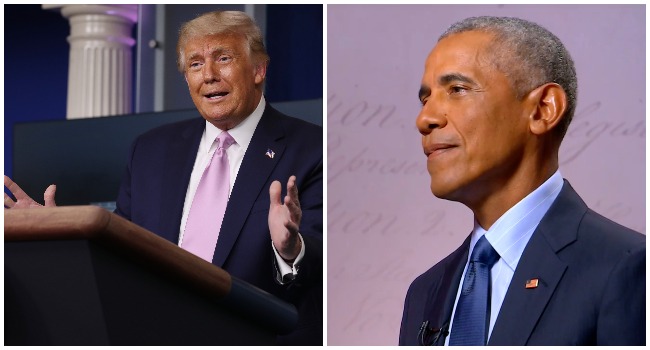 President Donald Trump on Wednesday fired back angrily at his predecessor Barack Obama after being branded an unserious president who had put US democracy in danger.

Trump told reporters Obama was an “ineffective” and “terrible” leader.

“I see the horror that he’s left us, the stupidity of the transactions that he made,” Trump said.

Obama had accused Trump of never showing “interest in taking the job seriously,” in excerpts of his speech at the Democratic convention.

“I did hope, for the sake of our country, that Donald Trump might show some interest in taking the job seriously…. But he never did,” the US 44th president said.

“He’s shown no interest in putting in the work, no interest in finding common ground,” Obama said in a series of deeply critical comments about the sitting president.

“Donald Trump hasn’t grown into the job because he can’t.”