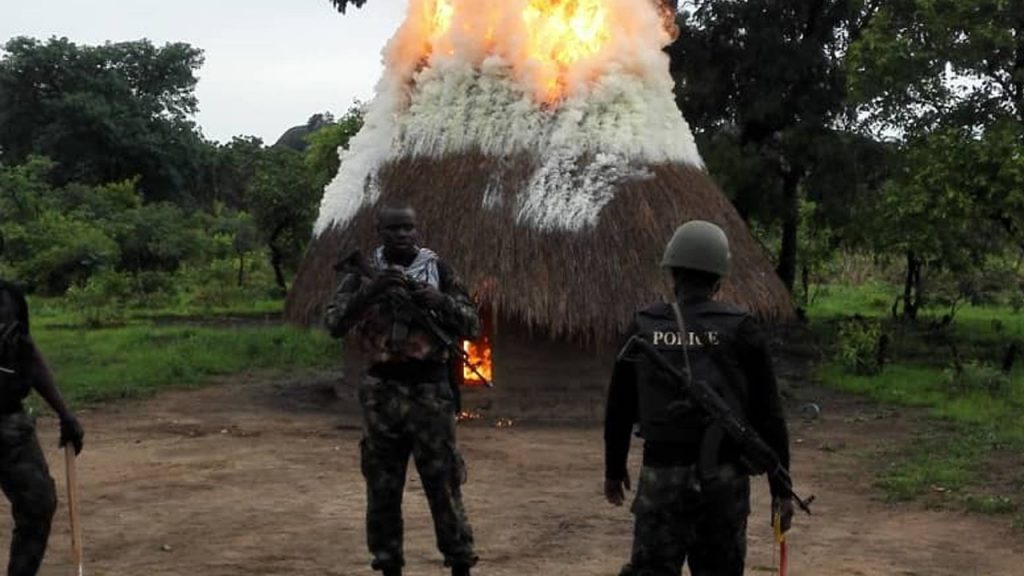 Enenche said the troops at Gbise in Katsina Ala Local Government Area in Benue and Sector 4 in Taraba conducted a joint commando raid operation in the area in the early hours of Monday.

He explained that the troops came in contact with the suspected militias at Che Jukun village, adding that four of the militias were killed and many other criminal elements were wounded during the encounter.

“Also recovered include one military shirt uniform, one Peace Corps ID Card belonging to one Mr Anyor Fidelis and some charms.

“In another development, troops responded to a distress call from Zaki Biam on the activities of a notorious kidnap kingpin by name Kobo Ishor (aka Lesser) an associate of late Orjondu.

“He was apprehended and currently undergoing interrogation, to be handed over to the Nigerian Police afterwards for prosecution.

“The High Command of the Armed Forces of Nigeria congratulates the gallant troops of Operation Whirl Stroke for their dexterity and professionalism.

“It encouraged them to remain resolute in curtailing the activities of criminals in the North Central Zone of the Country,” he said.