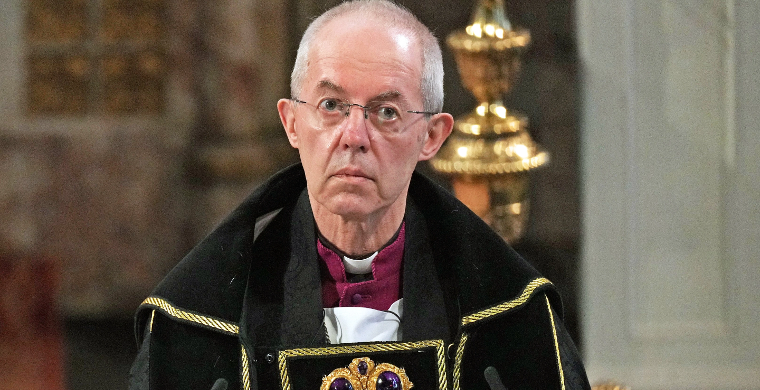 The Archbishop of Canterbury, Justin Welby issued accusations at those refusing to attend the Lambeth Conference next year. He said they were playing “power games” and were a “tool of power” for “small groups that claim extraterritorial jurisdiction”.

While not naming names, he clearly had GAFCON archbishops and bishops in mind who have made it abundantly clear that they will not attend because of unresolved issues over homosexuality and Welby’s failure to uphold the strictures placed by the ’98 Lambeth Conference Resolution 1:10 on provinces that no longer uphold marriage between a man and a woman, refusing to forbid homosexual practice as “incompatible with Scripture”.

In an article published on the Lambeth Conference website, Welby said, “[we] will seek to find a way forward on the issues that have divided us for so long over marriage, sexuality and relationships”. Such hopes are wishful thinking.

Welby then undermined his own position, saying; “It is unlikely that we will have a single common understanding. We are a global communion with more than 2000 languages, and such deeply embedded and possibly different views of what is right and wrong, both culturally and in our understanding of the Bible. But this is what marks the Church out as different. We are called to find ways of continuing together, knowing that we belong to one another and obeying the commands of Jesus to love one another, and where we disagree, disagreeing well.”

But that will not be possible if dozens of bishops from the Global South do not attend, and many have made it clear they will not. These provinces include Nigeria, Kenya, Uganda, Rwanda and Tanzania to name but a few.

At a recent Global South Anglican conference attended by some 90 bishops from 16 provinces, Welby issued a call for all to attend Lambeth next year. In response, delegates made it clear in a communique that each member province will make its own decision about attending the 2022 Lambeth Conference.

The leaders also made it abundantly clear that the definition of Anglican “belonging” (Communion) is based on orthodoxy not geography (Canterbury). They sent a clear reminder to Welby that he does not hold all the cards and the center of Anglican authority has moved from Canterbury to an as yet unnamed, but more biblically orthodox Anglican location. The bishops also acknowledged the unresolved “ecclesial deficit” outlined in the Windsor Report.

Furthermore, it is Welby himself who publicly excluded ACNA Anglican Archbishop Foley Beach from the next Lambeth Conference, telling Beach that he had left the Anglican Communion thus furthering a partisan, divisive, and false narrative. Beach fired back that he had not left the Anglican Communion and had no intention of doing so. Welby said he could come as an “observer”, as though Beach were a bishop with leprosy. Also invited was the bishop of the Anglican Church in Brazil., the Rt. Rev. Miguel Uchoa who also declined Welby’s offer.

Welby also argues that participants “need to be clear about what it should mean to be part of the Anglican Communion as part of God’s Church”. Too often, he says, the Communion “has slipped into being a tool of power, the absolute opposite of discipleship in the service of Jesus Christ.

“Some groups are intent on changing the way in which the Anglican Communion works, so that those outsides of a province may interfere with its actions and tell people what to do. There is a danger of becoming a communion that finds itself with a load of small groups that claim extraterritorial jurisdiction.”

Would Welby recognize that some of those “small groups” are activist homosexual groups like Changing Attitude led by Colin Coward or Jayne Ozanne’s lesbian foundation! Pointing the finger at orthodox groups as though they were the guilty ones promoting schism is both wrong and fundamentally flawed thinking. It is the revisionists (now called progressives) who have moved away from the ‘faith once for all delivered’ causing a breach and tearing the fabric of the communion, not the orthodox.

It is ironic that Welby’s predecessor Archbishop Rowan Williams opined to a group of clergy and laity in Los Angeles (2019) that the Anglican Communion is no more, it is now a (dysfunctional) family, but a family, nonetheless. “I am saying ‘Anglican family’ rather than ‘Anglican Communion’ because we’re a very fractured communion but we’re still family — like so many families, quarreling till the cows come home,” he said.

Welby still believes in the communion and said, “This goes against the understanding of the Church from the New Testament onwards, set out clearly in the great councils of the Church. It reverses the understanding of what it is to be Anglican which was established from the first Lambeth Conference. It tries to narrow us from being a global church with open doors and a welcoming heart of love for the needy to one that — rather than depending on Christ and the Holy Spirit to draw in those who are not yet members — sets its own tests based on its own way of doing things.”

One of those “tests” was whether the communion would accept homosexuality on a par with heterosexuality. In 1998, it did not by an overwhelming 570 to 69. For biblically orthodox Anglicans, homosexuality is a salvation issue, and they will not give it a pass or sweep it under the table, however much Welby might want to ignore that resolution which hangs over him like a Damoclean sword.

Welby hopes the Lambeth Conference will discuss more than “internal church matters,” and focus on evangelism; persecuted Christians; reconciliation and peacebuilding; the climate crisis; and response to the pandemic. This will not draw in disaffected Anglican bishops who don’t believe the Bible can be rewritten to suit the sexual appetites of a small, shrill, strident group of whining pansexualists.

An even deeper irony is that Welby wants the Lambeth Conference of bishops to focus on, unite and be a sounding board for global climate change when he can’t even unite Anglicans in his own communion over sexuality!

The upcoming 2022 Lambeth Conference will be the first to have taken place since 2008, (when it was a setback because of a worldwide pandemic) and the first presided over by Archbishop Welby.

Given changes in travel and quarantine requirements, and the unequal distribution of vaccines around the world, however, there are plans for parts of the Conference to be available online for bishops who are unable to travel to Canterbury. An estimated 500 bishops from around the communion are expected to attend.