Succour for the Economy 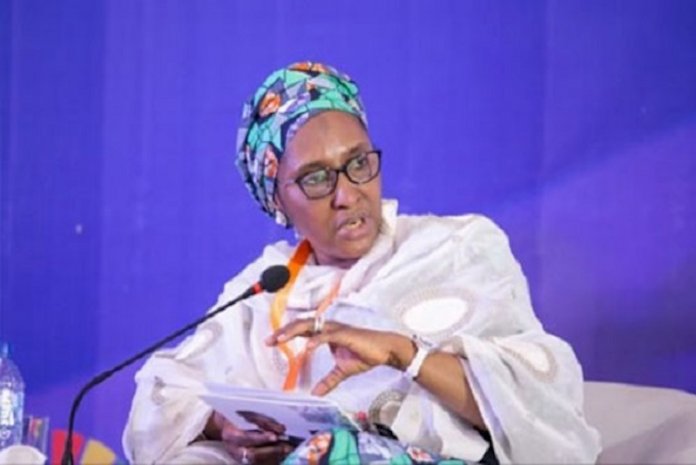 Nigerians may now heave a sigh of relief with the $3.4billion (about N1.3trillion) financing bailout the country recently received from the International Monetary Fund coupled with N8.9billion debt relief from Germany. According to the IMF, the financial support will help limit the decline in international reserves and provide financing to the budget for targeted and temporary spending increases aimed at containing and mitigating the economic impact of the pandemic and of the sharp fall in international oil prices. However, the ability of the country to secure similar financing support from other development partners around the globe will provide a greater succour for its people. Bamidele Famoofo reports

IMF to the Rescue

With the $3.4billion (about N1.3trillion) emergency financing support approved for Nigeria by the executive board of the International Monetary Fund (IMF) and N8.9billion debt relief from Germany, the hope of survival for Africa’s most populous nation amid the ravaging COVID-19 pandemic is almost certain.

But the country, which is the biggest economy in Africa, needs more assistance such as it got from the IMF to finance its budget and to finance priority projects in the economy in the ongoing fiscal year 2020.

The IMF financial support will help limit the decline in international reserves and provide financing to the budget for targeted and temporary spending increases aimed at containing the COVID-19 pandemic and mitigating the economic impact of the pandemic and sharp fall in international oil prices.

Explaining the rationale behind the IMF decision, Deputy Managing Director and Acting Chair, Mr. Mitsuhiro Furusawa, in a statement issued following the executive board’s discussion of Nigeria said: “The COVID-19 outbreak—magnified by the sharp fall in international oil prices and reduced global demand for oil products—is severely impacting economic activity in Nigeria. These shocks have created large external and financing needs for 2020. Additional declines in oil prices and more protracted containment measures would seriously affect the real and financial sectors and strain the country’s financing.”

“Even before the COVID-19 outbreak, Nigeria’s economy was facing headwinds from rising external vulnerabilities and falling per capita GDP levels. The pandemic—along with the sharp fall in oil prices—has magnified the vulnerabilities, leading to a historic decline in growth and large financing needs,” Furusawa added.

According to IMF, the immediate actions of the federal government to respond to the crisis are welcome. “The short-term focus on fiscal accommodation would allow for higher health spending and help alleviate the impact of the crisis on households and businesses. Steps taken toward a more unified and flexible exchange rate is also important and unification of the exchange rate should be expedited.”

Meanwhile the IMF Executive Board made its offered recommendations on post-Covid-19 measures to be taken to put the economy on a sustainable footing after the pandemic.

Furusawa noted: “Once the COVID-19 crisis passes, the focus should remain on medium-term macroeconomic stability, with revenue-based fiscal consolidation essential to keep Nigeria’s debt sustainable and create fiscal space for priority spending. Implementation of the reform priorities under the Economic Recovery and Growth Plan, particularly on power and governance, remains crucial to boost growth over the medium term. “The emergency financing under the RFI will provide much needed liquidity support to respond to the urgent BOP needs. Additional assistance from development partners will be required to support the government’s efforts and close the large financing gap. The implementation of proper governance arrangements—including through the publication and independent audit of crisis-mitigating spending and procurement processes—is crucial to ensure emergency funds are used for their intended purposes.”

In a related development, the government of Germany, one of Nigeria’s major creditors in the European Union (EU) block disclosed that it has granted the administration of President Muhammadu Buhari a debt relief to the tune of N8.9billion, a gesture, which economic analysts considered timely for the country.

The German government said it had successfully campaigned for the G20, the Paris Club and creditor countries in favour of a debt moratorium for nations heavily affected by the economic impact of COVID-19.

Besides, Germany announced the provision of additional €5.5million (N2.2billion) to the Nigeria Humanitarian Fund managed by the United Nations to continue life-saving aid in Borno, Adamawa and Yobe states.

It said the fund was for the drilling of wells, construction of sanitation facilities, rehabilitation of buildings or construction of shelters for internally displaced persons and other victims of insecurity in the North-east.

“This brings Germany’s contribution to the NHF to a total of more than € 29million since it became operational in May 2017, making Germany a major donor to the NHF over the past three years,” the German mission said in the statement.

It noted, “In 2020, the German treasury relieves Nigeria of debt repayments amounting to €22.4million (N8.9billion). This comes in addition to Germany’s support to the COVID-19 response on a global level and the support provided by the European Union to partner countries in Africa worth €3.25billion (N1.3trillion).

German Foreign Minister, Heiko Maas, justified the gesture of his country to Nigeria, stating: “Clearly, the current crisis goes beyond national and even continental borders and can only be fought effectively in a cooperative way. We need more international cooperation, not less.”

The 2020 Appropriation Act approved a total of about N1.6 trillion as new borrowing to part-finance the deficit in the budget. This was made up of N794.99 billion domestic borrowing and N850 billion external borrowing.

With the COVID-19 pandemic and its attendant effect on the world economy and the international capital market, the federal government reappraised its borrowing plans and decided that it would be more expedient to raise the N850 billion, earlier approved as external borrowing, from domestic sources. According to FG, “The conversion from external to domestic is to ensure that the implementation of the 2020 Appropriation Act is not jeopardised by lack of funds. Thus, the N850 billion is not new or incremental borrowing, rather it is an amendment of the source of borrowing from external to domestic. With this change, the total new domestic borrowing under the 2020 appropriation becomes N1,594.99 billion which is the same as the total new borrowing in the 2020 Appropriation Act.”

To encourage fiscal discipline, the federal government has disbursed N43.42 billion (about $120.6 million) as performance-based grants to 24 eligible states on the basis of the results achieved in 2018 under the performance-based grant component of the World Bank-assisted States Fiscal Transparency, Accountability and Sustainability (SFTAS) Programme-for-Results, which is wholly financed with a loan of $750 million from the International Development Association (IDA), a member of the World Bank Group. The Minister of Finance, Budget and National Planning, Mrs. Zainab Ahmed, explained that the disbursement followed the participation of the 24 eligible states in the recent Annual Performance Assessment (APA) carried out by the Office of the Auditor-General of the Federation (OAuGF) as the Independent Verification Agent (IVA) in collaboration with a third party firm, JK Consulting Limited and the SFTAS Programme Coordination Unit (PCU).

Out of the total amount, Kaduna State achieved the highest number of results (nine) and got the highest share of N3.96 billion, while Katsina and Benue got the lowest amount of N540 million each.