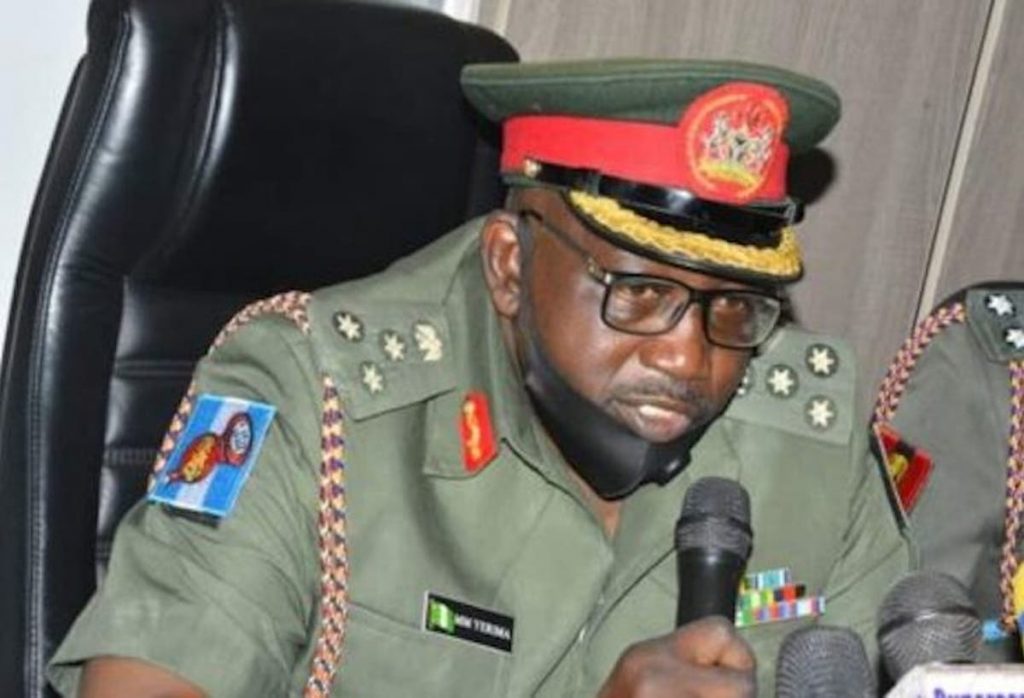 •Atiku: No resources should be spared to secure abductees
•US offers to help Nigeria

A combined team of security agents are on the trail of bandits that abducted 39 students at the Federal College of Forestry Mechanisation, Afaka, Igabi Local Government Area of Kaduna State on Thursday night.

Army Spokesman, Brigadier-General Mohammed Yerima, confirmed that a team comprising men of the Army, Air Force, Police and DSS were combing the forest in and around Igabi, in pursuit of the bandits.

The bandits in large numbers had attacked the institution about 11:30 pm and kidnapped several students and staff.
They broke into the institution by breaching a perimeter fence and encroached about 600 metres to attack the first facility.

The bandits had attempted abducting over 200 students in the school, but troops of the Nigerian Army were said to have rescued 180 of the students, during a fierce battle, before they escaped with 39 students.
The Kaduna State Commissioner for Internal Security and Home Affairs, Samuel Aruwan, disclosed that efforts were being sustained by security agencies towards tracking the missing students.

Aruwan said the Kaduna State Ministry of Internal Security and Home Affairs, on receiving a distress call about the attack, alerted the 1 Division Nigerian Army and the Air Training Command of the Nigerian Air Force and they immediately moved to the school to engage the bandits accordingly.

The commissioner said: “Some of the rescued students were injured and presently receiving medical attention at a military facility. Receiving the report, Governor Nasir El-Rufai thanked the troops for their swift response and the rescue of the 180 citizens. He also wished the injured students speedy recovery.

“As at the time of this update, a combined team of Army, Air Force, Police and DSS troops are conducting an operation to track the missing students. Citizens will be updated on emerging developments.”

Giving an account of the role played in the Afaka abduction, the Army in a statement yesterday said troops of Quick Response Force of 1 Division, Nigerian Army foiled an attempt by armed bandits to kidnap students of Turkish International Secondary School located in Rigachikun, Kaduna State.
The statement said troops acting on a tip off on the impending abduction of the school children mobilised to protect the school from the bandits.

It said while the troops were securing the secondary school, another distress call came that bandits had stormed the Federal School of Forestry Mechanisation, Afaka, with the aim of kidnapping the staff and students prompting the troops to swiftly move to Afaka and engage the armed bandits.

“Following the fire-fight, troops were able to rescue 180 persons comprising 132 male students, 40 female students and eight civilian staff,” said the statement signed by Army Spokesman, Brigadier-General Yerima.
It said the rescued students were evacuated to a safe place while the injured were receiving medical attention at a military facility.

Former Vice President, Atiku Abubakar, has commiserated with the families of the abducted female students of the Federal College of Forestry Mechanisation, Mando in Igabi.
The abduction came barely two weeks after nearly 300 female students of Government Girls Secondary School, Jangebe in Niger State regained their freedom from bandits who had abducted them from their school.

Reacting to the trend, Atiku, on his verified Twitter handle, expressed worries about the effect it will have on the education of the girl child in the North.
“A situation where only girl students—an already vulnerable group that is playing catch-up in the North, is specifically targeted for abduction raises serious concerns,” he said.

“My thoughts and prayers are with the affected students’ families, even as I urge that no resources should be spared to secure their release. The question is: how long shall we continue with this situation?”

US Offers to Help Nigeria

The United States Deputy Assistant Secretary, Bureau of African Affairs, Michael Gonzales, has said that Boko Haram and the Islamic State West Africa Province were not involved in the spate of abductions going on in Niger, Zamfara, Katsina, Kaduna states, and in other parts of the North-West.

Although Boko Haram has opportunistically claimed credit for several of these kidnappings in the past, Gonzales said there was no indication that the terrorists were involved in these.

The official, who said the US was disgusted by the abductions of school children, said the US was ready to provide appropriate support to the federal government, if requested to do so, stating that the criminal activity was being carried out by bandits who were motivated by money and other economic considerations.

The Deputy Assistant Secretary, Bureau of African Affairs said this on Thursday during a telephonic briefing with journalists, attended by the acting Coordinator for Counterterrorism and acting Special Envoy for the Global Coalition to Defeat ISIS, John Godfrey.