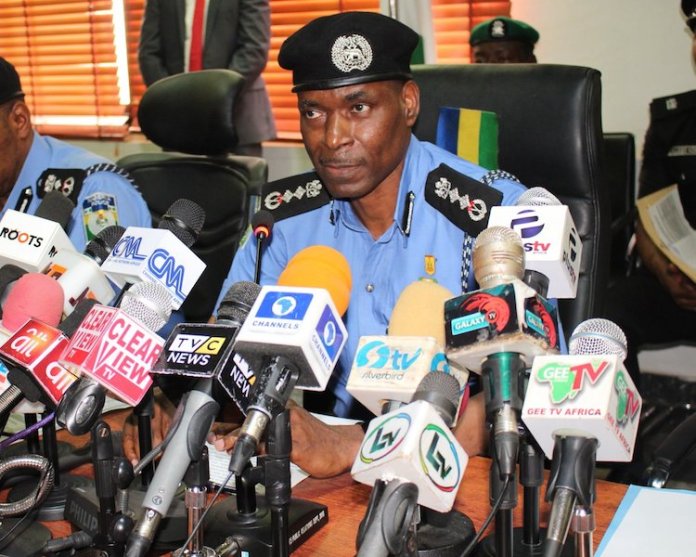 The search for the 42 people, including 27 pupils that bandits kidnapped on Wednesday from Government Science College, Kagara in Niger State continued yesterday with the reinforcement of security operatives on the trail of the abductors.

A statement by the Force PRO, Mr. Frank Mba, a commissioner of police, said the police had deployed additional tactical, investigative and intelligence assets, including police aerial helicopter, in support of the rescue effort.
It said the Commissioner of Police, Niger State Command, Mr. Usman Adamu, is coordinating the search-and-rescue operation in collaboration with other security agencies.

The statement quoted the Inspector-General of Police, Mr. Mohammed Adamu, as saying that the police, the military and intelligence agencies were conducting a massive search-and-rescue operation to free the 47 abductees.

The IG, who spoke in Niger State, reassured the nation of the irrevocable commitment of the police and other security agencies to the safe rescue of those abducted.

It stated: “The IG notes that a joint massive search and rescue mission involving the police, the military and other law enforcement agencies is ongoing to ensure that all abducted persons are rescued unhurt and reunited with their families.

“To give impetus to the rescue operation, the IG has ordered the deployment of additional tactical, intelligence and investigative assets of the force, including four units of Police Mobile Force (PMF) attached to Operation Puff Adder II.

“One unit of police Special Forces, personnel of the Counter Terrorism Unit (CTU) and operatives from the Force Intelligence Bureau and the Force Criminal Investigations Department and one police aerial surveillance helicopter have also been deployed.”

The statement said the state command commissioner is harnessing all the deployed resources and working in sync with the military and other law enforcement agents in ensuring an intelligence-driven, focused and result-oriented ground and aerial surveillance in the rescue operations and to bring the perpetrators to book.

Adamu, while calling for calm, enjoined members of the community to provide the force and the security community with information that can assist them in freeing the victims and arresting the kidnappers.

However, the Information Officer of the Ministry of Education, Mr. Jibrin Kodo, told THISDAY last night that the ministry was not behind the publication of the names.
“We don’t know where they got the names from; we are yet to release any names,” Kodo said.
It was also gathered yesterday that the bandits had asked for N300 million ransom to free their captives but THISDAY could not confirm the claim from security sources.
The state Governor, Mr. Sani Bello, had earlier vowed that his government would not pay any ransom to the bandits.

Barely 24 hours after the abduction of pupils, teachers and family members from the college, gunmen again attacked some communities in Shiroro Local Government Area of the state, killing one person and abducting no fewer than 10 people.

The villages attacked include Sarkin Zama, Lagbe (Bakin Kogi), Siyiko, Kokki, and other adjoining villages, all in Gurmana ward of Shiroro LGA.

Co-Convener, Concerned Shiroro Youths, Mr. Sani Kokki, told journalists that the attack took place on Wednesday night while the state was still grappling with the shock of the abduction at Kagara.
According to him, the gunmen, who were heavily armed, stormed the villages in large numbers.

He said the attacks, which lasted for hours, claimed at least one life with two persons injured.
Kokki stated that one person was shot in the eye while the other was shot around the armpit.
Those who sustained injuries have been taken to Kuta General Hospital for treatment.