The second session of the fifth synod of the Anglican Diocese of Amichi has ended with a call on  Christians to go back to their Christian status as strangers and pilgrims in the world by living out the heavenly culture. 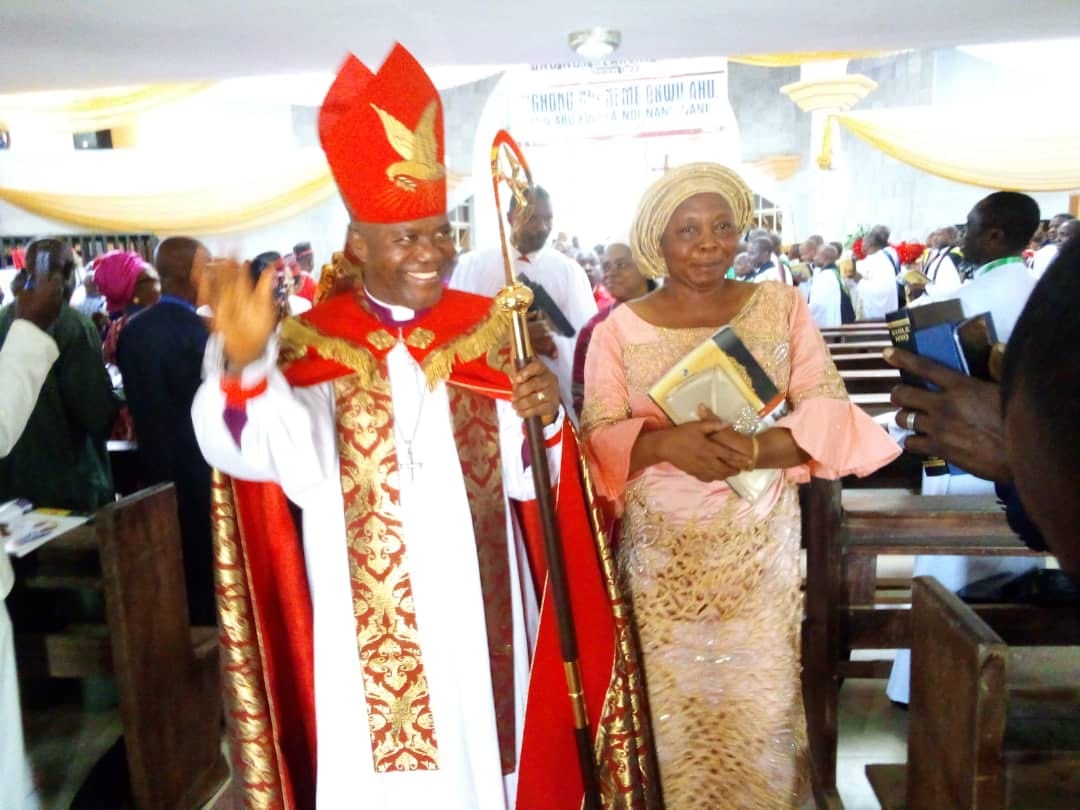 The Bishop of the Diocese, Rt. Reverend Ephraim Ikeakor who made the call at a synod thanksgiving service of the Diocese held at St. Peter’s Anglican Church Umudim Amichi, Nnewi South said that the theme of the synod was aimed at reawakening the consciousness of being heavenly minded in believers in Christ.

Bishop Ikeakor while listing some of the growth and development in the Diocese in the past year thanked God for his leading so far as the Diocesan School of Midwifery is to take off November this year noting that the School of Nursing Sciences of the Diocese has done its matriculation and capping were 76 students matriculated as well as 2nd graduation ceremony of the college where 43 students graduated with exceptional results.

He called on the Federal government to critically look into the hardship and insecurity in the country, regretting that things are falling apart in every sector as the country is driving towards a failed nation if care is not taken.

Speaking on behalf of other Bishops present, the Bishop Anglican Diocese of Aguata, Rt. Reverend Dr. Samuel Ezeofor thanked Bishop Ikeakor for his effective Episcopal work in the Diocese and for reminding Christians that they are strangers in the world through the theme of the synod, describing him as a blessing to Amichi and humanity.

Those present at the synod thanksgiving service include Governor Chukwuma Soludo and wife, Mrs. Nonye Soludo, the traditional ruler of Nnewi Igwe Kenneth Orizu and his Akwaihedi counterpart, Igwe Cornel Onebune, Bishops of  Abakiliki, Diocese, Rt. Reverend Monday Nkwoagu and that of Zakibiam Diocese, Rt. Reverend Jazil Vande among others.