Rise up to Your God-given responsibilities – Ven Chukwuebuka challenges Fathers 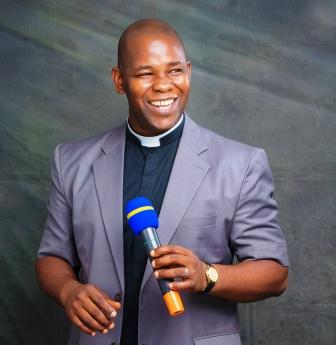 Christian fathers have been challenged to rise up to their God-given responsibilities as their failures come with grave consequences both for now and for generations to come.

This was the view of the Administrator of the Cathedral of St. Andrew, Amichi Ven. Chukwuebuka Chukwuemeka while preaching a sermon to mark this year’s Father’s Sunday.

According to Ven. Chukwuebuka, fathers are a special class of human beings who occupy a strategic position in God’s programmes for their families and for humanity at large. He described fathers as the very beginning of the human race.

“Fathers are the very beginning of the human race. The failure of fathers has a reverberating effect across society and generations unborn.”

Ven. Chukwuebuka outlined the duties of fathers to include loving their own wives just as Christ loved the church, training, instructing and guiding their children, providing and protecting their family, and doing the work of a priest and teacher.

He regretted that most fathers have abandoned their duties to their wives thereby overburdening them with the responsibilities of fending for the home and training the children. He pointed out that this is the reason there are so many dysfunctional homes populating the world with dysfunctional children.

“The sins and failures of fathers are of monumental consequences. Adam’s failure brought the whole creation under the bondage of sin and death. God visits the iniquity of the fathers upon their children and their children’s children to the third and fourth generation.”

Ven. Chukwuebuka cautioned fathers to avoid the mistake of Elimelech in the Bible who led his family to near extinction by leading them to the land of Moab. He said that fathers as priests of the family must be sure they are providing godly leadership and guidance to their families noting that those who do otherwise are leaving liabilities to their children and generations unborn.

“The disobedience of Saul did not just cost him rejection by God but, his generation behind were denied the opportunity of producing kings in Israel. Eli the High Priest and his sons died the same day and the priesthood was removed from their family. Gehazi the servant of Elisha brought perpetual leprosy upon his generation because of his greed and obsession with materialism.”

The church service featured special presentations by children in honour of their fathers as well as special songs by the fathers.