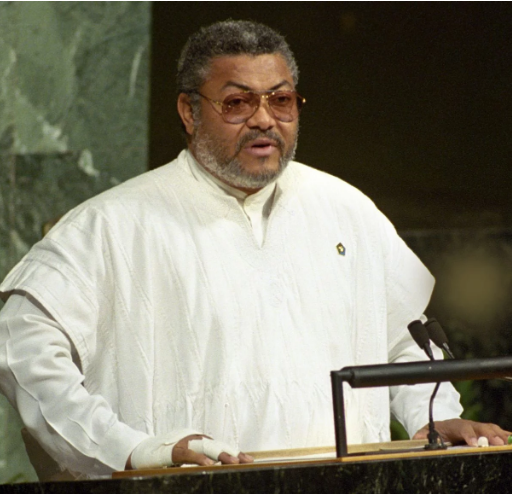 The family of late Jerry Rawlings, a former president of Ghana, has made clarification on the cause of his death.

Some people had said that the former president died of COVID-19.

Contrary to reports, the family in a statement signed by Zanetor Agyeman-Rawlings, said Rawlings died after a brief illness.

The statement read: “It is with deep sadness that the family of His Excellency Jerry John Rawlings (Rtd), informs the general public that the former President of the Republic died on Thursday morning after a short illness.

“We request privacy at this difficult moment. Details of funeral arrangements will be announced in due course.”

Meanwhile, the Ghanaian government has declared a seven days mourning in honour of the deceased.

Before his death, Rawlings was the African Union envoy to Somalia.

Okonjo-Iweala To Be Confirmed As WTO Boss Today