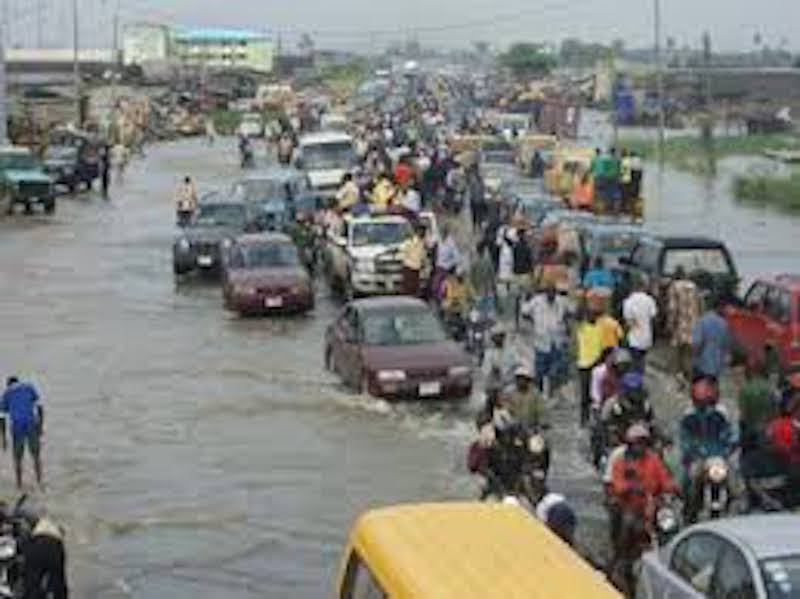 Residents of Abeokuta, the Ogun State capital, yesterday recounted their loss to flood that ravaged their communities, farmland and homes due to long hours of rainfall last week.

The disaster sacked most parts of the ancient city; submerged different categories of buildings, temporarily displaced residents in hundreds and wreaked havoc on public and private assets.

But the construction of Lafenwa-Sapon-Idi-Aba-Ajebo road and Onikolobo-Omida-Sapon road prevented major damage to public and private assets in Ijaye, Isale-Igbein and Itoku, the hub of the indigenous Adire cottage industry.
Recalling their ordeal, most residents told THISDAY that flooding in the state had been a recurring decimal for more than one decade, thereby pleading with the state government to come up with a permanent solution.
Secretary, Isale-Oja, Kuto, Community Development Association, Alhaji Bello Mohammed lamented that his community had been experiencing flooding on a yearly basis in the last 10 years.

Mrs. Abike Awosanya and Abideen Musibau, residents of Ago-Ijesha, in Abeokuta South Local Government, also wanted the government to urgently find a lasting solution to the flood problem, noting that the disaster had disrupted their means of livelihood and made life unbearable for them.

A hairstylist at Isale-oja, Miss Florence Adegbite said: “I think the state government will need help, particularly from the federal government, to permanently address this problem, and a huge amount of money will be involved.”

With the enormity of damage caused by the disaster, Ogun State Governor, Mr. Dapo Abiodun at the weekend promised to compensate residents who lost valuables to the flood disaster.

Abiodun said, “I am here to look at the damage caused by the rain that fell on Saturday. Though I have sent my Commissioners and other government officials to inspect the damages, I decided to also come and see things by myself. I am happy that no life was lost, though you lost properties.

“I want to assure all of you who lost property to the flood that we will support you. In a few days time, government officials will come to see you to take down your names so that we can look at how to compensate you.”

He explained the resolve of the state government to permanently solve flood disaster in the ancient city, noting that the dredging of the canals that criss-cross the state capital was on-going, while clearing of refuse along the gutters, was also being carried out.

He said the state government had assessed the damage caused to the roads and bridges with a view to carrying out a comprehensive and proper channelisation of the waterways.

He said: “I want to assure you that we will repair the damaged roads, expand the gutters and bridges so that when the rains fall, the gutters and the bridges would be able to accommodate the large volume of water. With this, the problem of erosion would be a thing of the past.”

On the permanent solution, the Commissioner for Environment, Mr. Abiodun Balogun said regular dredging of the waterways and converting some old culverts to bridges as well as desilting drainages to allow for free flow of water would be done by the government.

He said dredging “is currently going on at Isale-Oja to Olusegun Obasanjo Presidential Library, up to Orange Valley View Estate, adding that the government was not only looking at Abeokuta alone, as dredging is also ongoing in 16 places across the state.”

Meanwhile, the state government has sought the cooperation of the Ogun-Osun River Basin Development Authority (OORBDA) to minimise the release of water from Oyan Dam.

The Commissioner for Special Duties and Inter-Governmental Affairs, Mr. Femi Ogunbanwo made the request during a meeting between the ministry and OORBDA, held at the authority’s conference hall, Alabata, Abeokuta, noting that the release of water, if not properly managed, would always lead to flooding and constant loss of lives and property.

Reacting, the Managing Director, Ogun-Oshun River Basin Development Authority, Mr. Olufemi Odumosu said the yearly release of water by the agency “is scientific based. The water level has been maintained since the beginning of the year due to the seasonal prediction of rainfall.”