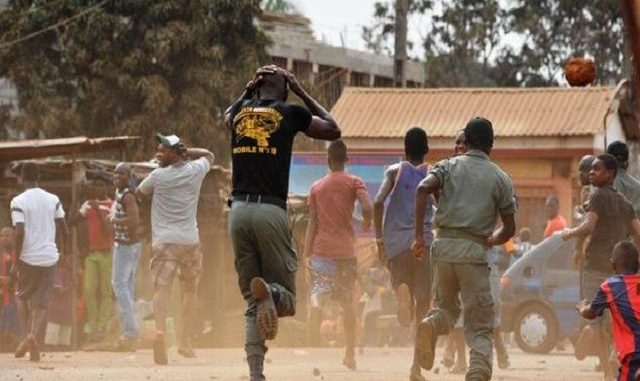 Apart from those killed in the two communities, THISDAY learnt that some of the villagers are missing.
The two villages were said to have been attacked consecutively, on Thursday and Friday at midnight.

The bandits reportedly launched yet another attack yesterday in Kigudu II where the villagers were preparing for a mass burial for some of the victims who are Catholics.
The bandits were however repelled by security personnel and the burial was quickly done without the usual burial rites.

In a telephone interview, the Parish Priest of Damakasuwa Outstation, Rev. Aaron Tanko, who oversees the two communities, confirmed that 20 people were killed while some others were still missing.

“Some people are still missing so I cannot conclusively say this is the casualty figure. Some of those killed are my parishioners others are protestants.

“We were preparing for the mass burial for our parishioners this morning (Saturday) in Kigudu II but we could not do it when the herdsmen came attacking us again.

“But they were repelled by security personnel. Nobody was killed or injured.
“We couldn’t even conduct a proper mass burial, we just offered simple prayers and they were buried” the clergyman said.

The cleric said: “Many of our villagers are at the mercy of Fulani herdsman. They are always well armed and they invade our communities and kill people at will.

“There are villages where people cannot even go to their farms for fear of being killed by herdsmen. We appealed to the government to address these incessant attacks on our communities and killings by herdsmen.”
At the time of filing this report, spokesman of the Kaduna state police command, Mohammad Jalige was yet to respond to a text message sent to his mobile phone on the attacks.