Putting an End to ‘Born Throw-away’ by Olusegun Adeniyi 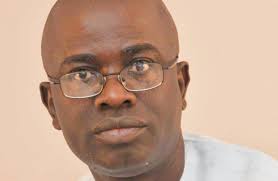 Last Saturday, the Kwara Police Command announced the interception of a truck conveying 200 ‘Almajiri’ children about to be off-loaded in the state. “When the driver of the truck was interrogated, he said that they were coming from Funtua in Katsina State, despite the inter-state travel ban,” said Ajayi Okasanmi, Kwara Police spokesman who added, “the truck and the 200 Almajiri were escorted by fully-armed policemen to the Niger-Kwara boundary to where they will return to Katsina.” One can only imagine how that large number of children survived inside one vehicle for such a long journey from Katsina to Ilorin and back. But then, does anyone care? After all, they are only ‘Almajiri’ children!

Two days earlier, the Taraba State government refused to take delivery of their own ‘consignment’. Hundreds of ‘Almajiri’ children reportedly arrived Jalingo from Lafia, escorted by officials of the Nasarawa State Ministry of Women Affairs. The children were restricted to the vehicle that brought them for several hours without being provided food or water, then eventually ‘deported’ back to whence they came. Mr Sunday Maiyaki, Permanent Secretary Political Cabinet Affairs and General Services, provided justification in a letter he handed to Nasarawa State officials: “The government of Taraba State wish to return the pupils to you and requests that the pupils should be properly profiled indicating their local government of origin in Taraba State and ‘individual status’ in respect of the pandemic.”

At about the same time in Zaria, Kaduna State government officials arrested a cleric who was running an ‘Almajiri’ business. The Commissioner for Human Development and Social Services, Hajiya Hafsat Baba narrated what they found: “Young girls of not more than eight to 10 years were mixed up with these boys. We were able to evacuate 327 out of the 500 children in the house‎. We also understand that he (the cleric) gives out these girls for marriage.”

Since the first COVID-19 index case was identified in Nigeria seven weeks ago, we have witnessed numerous defining moments in our uncoordinated response to deal with the pandemic. Governors are creating borders on federal roads and enforcing such illegalities while some, like Nyesom Wike of Rivers, are using the restrictions to whimsically trample on the rights and liberties of residents. The role of Pentecostal churches is increasingly called into question as a result of unhelpful utterances of some otherwise respected clerics at a period when the Catholic Bishop Conference of Nigeria (CBCN) has offered all its 425 health facilities across the country as isolation centres for COVID-19.

Meanwhile, the news that Madagascar has found a ‘cure’ for COVID-19 developed from traditional herbs has excited a number of African countries, including Nigeria. Chairman of the Presidential Task Force (PTF) on combating COVID-19 and Secretary to the Government of the Federation (SGF), Boss Mustapha, announced last weekend that President Muhammadu Buhari had directed him to send a plane to Guinea Bissau to pick up a consignment of COV Organic remedy donated by the government of Madagascar. While the Madagascar Institute of Applied Research (MIAR) indeed announced developing herbal tea using artemisia (which is available all over Nigeria) and other local herbs to treat malaria, how it suddenly developed into a COVID-19 cure is not the work of scientists but that of a smart politician and businessman. From the World Health Organisation (WHO) to the Africa Centre for Disease Control, no recognised scientific body within or outside Madagascar has endorsed this ‘miracle cure’ of which President Andry Rajoelina is the sole promoter, producer and marketer. In fact, the National Academy of Medicine of Madagascar (ANANEM) is sceptical about this ‘preventive and curative’ drug that our officials are now so excited about. For those who may not know Rajoelina’s background, he was into event management, show business (like a certain Mr Donald Trump), advertising and media before becoming president. When politicians are in the forefront of what is essentially a scientific process, it calls for concern. Enough said on this matter, at least for today.

We really do need to interrogate a number of issues that have been thrown up by efforts to prevent the spread of COVID-19 in Nigeria. But of most concern to me today is the ‘Almajiri’ challenge that has festered for decades. If indeed the true measure of humanity is how a society treats its weak and most vulnerable – and there is perhaps no group more vulnerable in our country today than these unfortunate children – then it is clear how we have failed as a nation. Aged between four and 18, these neglected children who roam the streets without any discernible means of survival except begging, have long been a social problem that both the government and communities in the North have refused to deal with. But COVID-19 and the danger these children pose to the health of the larger society has now compelled action.

I am encouraged that the irresponsible parents who ‘throw away’ their children can be located. The Sultan of Sokoto, Alhaji Sa’ad Abubakar II, has on several occasions said “Almajiri does not represent Islam, but hunger and poverty. Islam encourages scholarship and entrepreneurship and frowns at laziness and idleness as exemplified by itinerant Almajiri. Therefore, attempt must be made to stop the practice.” But perhaps nobody has expended as much time and energy in fighting the menace than Muhammadu Sanusi II, whose repeated advocacy on the issue irritated power mongers in Kano. “If you can’t feed your family, don’t send your child to beg on your behalf. If we continue to live in self-denial, we will live to cry,” he warned last November while speaking to a culture of irresponsible parenting that is national but more pervasive in what was then his traditional domain.

The swarm of out of school, bowl-carrying children that wander the streets in search of food and alms is a glaring side effect of uncontrolled birth which explains why the ‘Almajari’ issue has again reinforced the argument for family control in the country. Our social security can only be safeguarded if people practice family planning rather than use religion as an excuse to produce children they cannot cater for. While the northern governors have a crucial role to play, and El-Rufai has already laid the groundwork, we require a national effort to deal with the menace. We may not call them ‘Almajari’ but these children also exist in other parts of the country. Wife of the vice president, Mrs. Dolapo Osinbajo bears eloquent testimony to this in her 2014 book, ‘They Call Me Mama: From the Under Bridge Diaries’. Inspiration for the book resulted from her experiences to reform street boys on Lagos Island who had been abandoned by their parents. She believed their stories are worth telling if only to nudge the conscience of those who are in a position to help.

With too many parents in Nigeria lacking an emotional connection to their children, I have on several occasions raised questions that are tied to our unproductive population growth. Must we continue to live in denial about a serious social problem that threatens the future of our country? Should men with no visible means of livelihood be allowed to continue marrying several wives who birth children they have neither the capacity nor willingness to take care of? Should adults be allowed to have children for whom they have little or no duty to care? Can poverty be an excuse for parents (including mothers) to abandon their children to the streets or to so-called clerics?

While the primary responsibility of parenting remains personal, only government can create the incentives and environment for limiting family size. Traditional and religious institutions can help with advocacy on the menace of street children as Muhammadu Sanusi II did until he lost his throne in the process. But, as it is in most countries, parental irresponsibility ought to attract penalties to save society from the dire future consequences of children raised without proximity, care or love. These are children more likely to graduate as vicious free agents of evil and serve as recruiting grounds for every manner of criminal cartels.

All said, the confusion surrounding the plight of our ‘Almajari’ children while attempting to deal with the COVID-19 pandemic is regrettable. The Northern Governors decision to return these children to their states of origin is unconstitutional because governors have a responsibility to protect Nigerian citizens who are resident in their domain. The same constitution protects citizens from all forms of discrimination on grounds of circumstance. To ‘deport’ these children either because they are ‘Almajari’ or on suspicion they might be infected with COVID-19 is the height of discrimination.

Recognizing the ‘Almajiri’ problem as a consequence of a cultural feature shared by many northern states should dictate a broad based policy thrust requiring rehabilitation of these children. Allowing them to be tossed around like destitute political footballs is inhuman. As my colleague, Kayode Komolafe (KK) wrote yesterday in his piece on The Almajiri Question, “The class prejudice against these children is highly unconscionable. They suffer this fate because they are poor and destitute.” A broad based solution must therefore encompass free compulsory education, state sponsored feeding and social rehabilitation as well as mandatory counselling for their traceable parents.

Going forward, the affected governments must initiate legislation to outlaw the ‘Almajari’ tradition. On its part, the federal government must now indicate a national optimum family size with incentives and penalties attached. The bottom line is to emphasize the central role of the family in ensuring an orderly society. We must put an end to a culture that promotes what a former First Lady once derogatorily (but perhaps very appropriately) termed, ‘Born throw-away.’