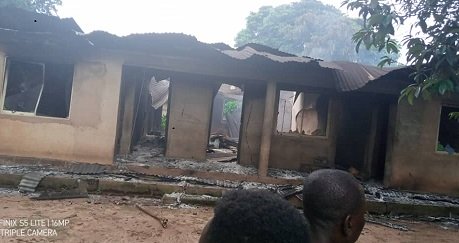 The crisis rocking Achalla and Urum Communities in Awka North Local Government Area of Anambra State has taken a new dimension with the Police operatives occupying the areas to quell the situation.

The renewed fight between the neighbouring communities on Monday led to the death of three persons.

Also, some houses were razed while others were demolished.

He also asked the disputing parties to seek legal solution to the crisis instead of resorting to violence.

The command warned that it would no longer tolerate such breakdown of law and order, vowing to bring perpetrators to justice.

According to him: “There was a distress call that some youth in large number allegedly from Achalla invaded Urum community with offensive weapons and razed down three buildings, damaged other buildings by destroying Louvre glasses and other structures.

“Situation was brought under control, while joint patrol is still ongoing to restore normalcy in the affected areas.

“Extent of damage and injuries sustained has not yet been ascertained but the Commissioner of Police, John Abang has directed the DC State CID Awka to carry out discreet investigation in order to ascertain circumstances surrounding the incident and bring perpetrators to book.

“On the 15th of May, the Commissioner of Police summoned stakeholders in the warring communities over the crisis concerning a land dispute which both communities were laying claim of ownership.

“The CP waded into the matter and warned both parties to maintain peace and explore legal avenues to resolve their grievances without resorting to violence.

“However,despite the Commissioner of Police intervention and warning ,the two warring communities had engaged themselves into a fight over same land matter.”