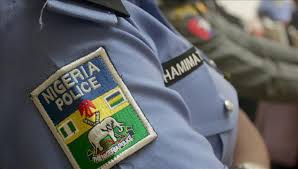 Police authorities in Kebbi State have given more updates on the abduction of an unspecified number of students from the Federal Government College, Birnin-Yauri.

Mr Nafi’U Abubakar, the Police Public Relations Officer in the state, disclosed that the gunmen used a stolen vehicle to convey the abducted students.

He made the disclosure in a statement on Friday in reaction to reports that the bandits who attacked the school used a police vehicle to kidnap about 50 students from the school.

Abubakar explained that the assailants used a white Hilux van marked KBSJ 29, which was hijacked along the Birnin-Yauri Road, to perpetrate the crime.

He insisted that the bandits never used any police van as claimed, adding that the number of students missing after the incident was still unknown.

According to the command spokesman, a rescue operation to ensure the safe return of the students is ongoing by the security agencies.

He promised that the police would give more updates on the progress made as events unfold and warned against spreading false information.

Read the statement from the police below: 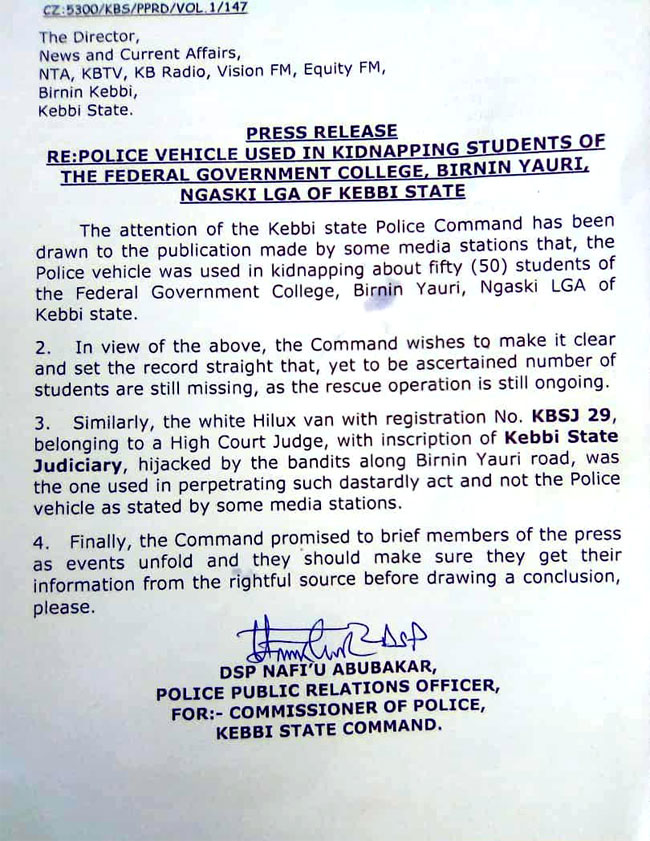