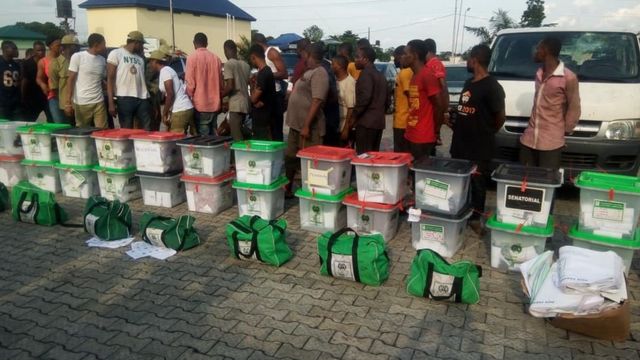 The Peoples Democratic Party (PDP) has said that the Independent National Electoral Commission (INEC) has no excuses on why the electronic direct transmission of results will not be used in the 2023 general elections and in subsequent polls.

PDP’s opinion is based on INEC’s announcement of its readiness to conduct online (electronic) registration of voters for the forth coming elections in Nigeria.

It was made known in a statement signed by Kola Ologbondiyan who is the party’s National Publicity Secretary.

“Our party calls the attention of the commission to the fact that it no longer has any excuse not to employ the direct transmission of results from polling units, which will ensure credible elections by eliminating manipulations, alterations, switching, and disappearance of election results during manual collation processes.

“The PDP insists that if INEC can use the electronic platform for registration of voters it could as well deploys the same technology for electronic transmission of results in future elections including the 2023 general elections.

“Our party however urges INEC to ensure that the online registration of voters is credible, transparent, and not open to the manipulations of desperate politicians, particularly in the All Progressives Congress (APC),” the statement read in part.

The Peoples Democratic Party (PDP) has also called on the leadership of APC in the National Assembly to be apt at carrying out the Electoral Act amendment bill.