The Archbishop of the Metropolitan See of Lagos, The Most Rev. Alfred Adewale Martins, and Bishop, Catholic Diocese of Sokoto, Matthew Hassan Kukah, yesterday, called on Nigerians to take the 2023 general election very seriously. 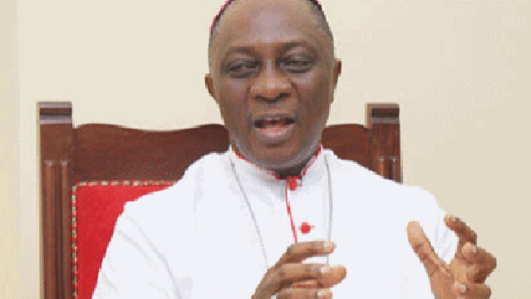 They also tasked them to jettison sentiments and tribalism, and vote for credible leaders that would take the country out of woods.

The clerics made the call at the commencement of the 70th Anniversary, Lecture/Logo/Mascot Launch of The Order of the Knights of Saint Mulumba Nigeria, which took place at St. Leo’s Catholic Church, Ikeja, Lagos.

Bishop Kukah lamented the persecution of Christians in the country, with lives being taken without the fear of God.

The cleric, who said that Nigeria is rated the ninth worst country for Christians to live in the world, next to Iran, called on Nigerians to know exactly what they want, refuse to sit on the fence, and vote massively next year.

The Vicar General, Catholic Archdiocese of Lagos and Episcopal Vicar of Ikeja Region, Monsignor John Aniagwu, who represented Martins, lamented the sufferings that Nigerians are passing through in the hands of politicians, who do not have the interest of the nation at heart and do not care about Nigerians, but themselves.

He, therefore, charged Nigerians to get their PVCs and ensure that they vote for the right candidates, warning that if they miss it again in 2023, their sufferings will definitely continue.

Martins called on the government to allow democracy to prevail, adding that Nigeria is blessed with a lot of talented and capable people who can lead the citizens in the right direction and that Nigerians are tired of politicians making promises that they would not fulfill.