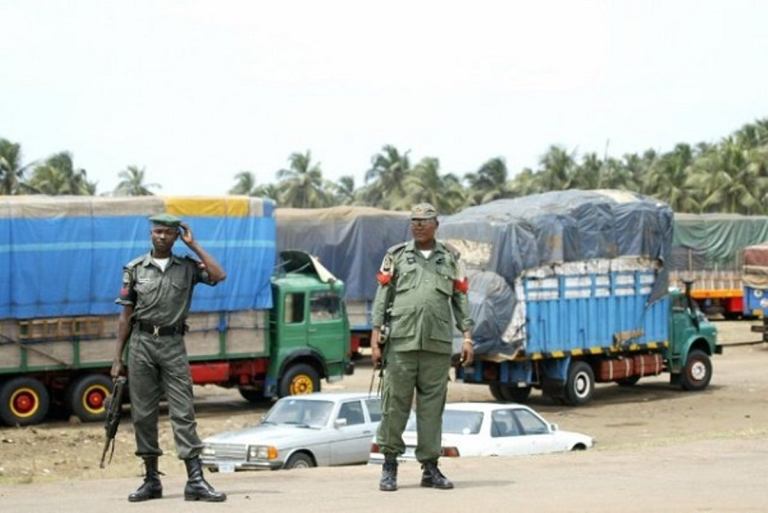 Communities in 3 Local Government Areas of Delta State at the weekend raised alarm over an alleged influx of northerners into their areas. The LGAs include Sapele, Ethiope West, and Warri North. The chairman of Ethiope West LGA, Hon Solomon Golley, while talking to Vanguard confirmed the incident at the weekend, “Sapele is a landlock local government but Ethiope West shares a common boundary with Jesse Boboroku and Obe area, all these are boundaries with Edo, for now, we are trying to stop the influx of not only northerners but other states trying to access the state through that area. “Our team is on the ground to make sure that the interstate border lockdown is strictly adhered to” adding that the State Commissioner of Environment, Mr. Chris Onogba, is on the ground with his team at the border town. But chief in Oghara, Ethiope West local government area, who craved anonymity, lamented that the northerners are sneaking into the town and the way and manner they are doing so, it’s frightening” The source added that the presence of these northerners is already causing anxiety with some persons thinking of how to move out since they are visible everywhere. “Just go and look at the Hausa quarters, they are everywhere, we saw over 20 of them heading to Oghara after the bridge yesterday and we don’t know where they are going to, Only God will save us,” he said. Some of the locals, who spoke to Vanguard in Sapele, Sapele Local Government Area, said the influx of northerners was another big issue, Mr. Egbeluya Innocent said the way northerners are flooding into the state, residents are scared that the novel coronavirus will not be too far off “every week we have 2 to 3 trucks of northerners coming into the state and if you go to their quarters in Sapele, you will be surprised with their numbers. “In Koko, Warri North local government area, Madam Fumilayo Inotse expressed her fears over the influx of northerners saying though some of them are harmless, we are really at crossroads, she, however, called on the local government chairman to act quick to forestall any impending danger. Reacting to the alarm, the Chief Press Secretary to the Sapele Local Government council boss, Malcolm Tagbara told Vanguard that his principal was determined to curb the influx of strangers into the town not necessarily only northerners “the chairman met with the Area community and modalities have been put on the ground to monitor the entrance of persons coming into town” he said. Meanwhile, Almajiris, who was said to have come from Sokoto state and denied entry into Port Harcourt by Rivers State Governor, Nyesom Wike was at the weekend handed over to the Chairman of Sapele LG, Hon Eugene Inoaghan, who in turn handed them to the Ethiope West LG chair, Hon Solomon Golley. The truckload of Almajiris was handed over to Inoaghan by the Uvwie local government council, Hon. Ramson Onoyake on Saturday. The Ethiope West LG chairman Solomon Golley, in turn, and under heavy security, was said to have ushered the Almajiris out of the state through the Ologbo border town.