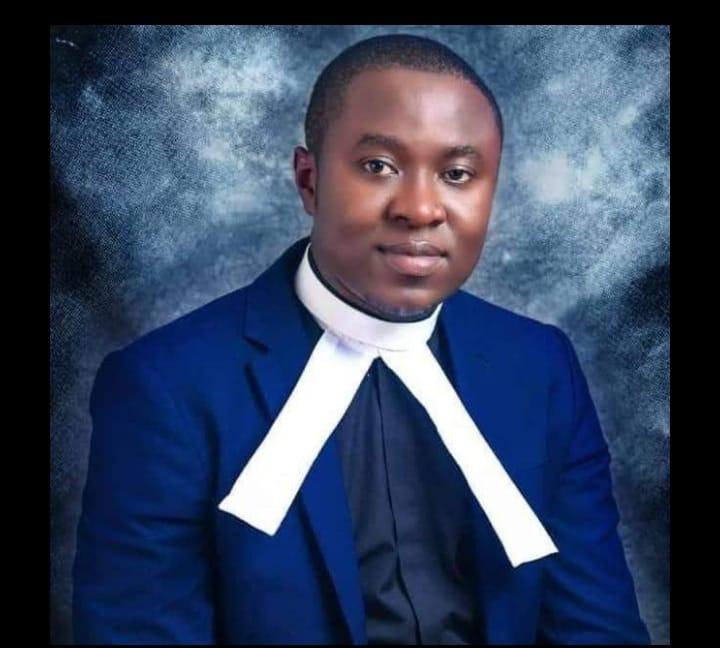 Rev. Barr. Ogbuchukwu Lotanna, of Nnewi Anglican Diocese has announced his decision to return to the church after resigning about four months ago.

The cleric had on September 10 resigned from the Communion, claiming to have received a divine mandate to encourage polygamy. He had claimed he received a vision to reduce the rate of sexual sins.

The lawyer priest was recalled on December 24 following an apology to the Diocese and the entire Church.

In a post on his facebook titled “To all beloved in Christ and all it may concern: Rescinding from my pro-polygamy movement,” Lotanna pledged full attention to all God had called him to do.

He urged the over 200 persons that indicated an interest in joining his proposed new church, to disregard his previous comments on the movement which he never started.

He promised not to speak or work against the godly doctrines of his Church.

His post reads: “I wish to inform the general body of Christ and the general public that I have submitted a letter of apology to my Lord Bishop for resigning from being a member of the body of Clergy Association of Diocese of Nnewi (Anglican Communion).

“What led to my action was my misinterpretation of the revelations I received on a divine movement for sexual purity.

“I have understood that for any program(s) to achieve sexual purity, it must of necessity be that which should build the Church of Christ and should be accepted by her. And I can not be numbered among those fighting the church.

“Hence, I, Rev. Ogbuchukwu Makuo Lotanna (Esq), hereby withdraw my humble self from the propagation of the polygamy movement.

“I plead with everyone (especially the over 200 persons that indicated interest for us to kick-start a church, which I personally, never did) to jettison all I have said so far on this movement.

“I have backed off. I am fully back to my church and I have promised not to speak or work against the sound and godly doctrines of my Church.

“I have also withdrawn and deleted all the videos and messages I have preached or posted on the subject from all my social media handles and have closed all the channels.

“There are other programs for sexual purity the church will appreciate and be at home with, which will also help to build the society at large. I will henceforth be preoccupied with such programs to showcase my genuine intentions.

“I thank those who have handled my case with love, prayers and maturity, and apologise to those who may have been disappointed in me, deceived or offended by my action.

“I remain your brother and it is my desire that we all continue in the path of holiness and remain ‘rapturable’ in Christ.”

Many have thanked God for him, while some asked he should go on a retreat but appreciated his bishop, Rt. Rev’d Obi of Nnewi Diocese for handling his case with all fatherly love to a prodigal son.