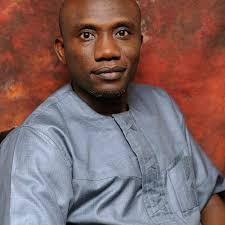 The Secretary to the Government of the Federation, Boss Mustapha’s confession about being unaware of the decay in Nigeria’s health infrastructure is uncomplimentary of his otherwise towering image. But there is something that does more damage.

What is worse is the audacity to say that to Nigerians. True, the confession may present as a standard for the sort of candour that Nigerians desire of people in government, but that is a confusion we should avoid.

There is candidness borne out of accountability, one which states the situation in juxtaposition with efforts that government has already put into making them better. What Mustapha gave at the House of Representatives sitting last week was nothing like that. On the contrary, it spoke of a measure of negligence, if not irresponsibility, on the part of a man who is “expected” to be the “engine room” of the government.

Although the office of the Chief of Staff seems to have received some elevation that may have muddled up the definition of who does what at the Presidency currently, the SGF traditionally functions as the coordinating point for all federal ministries; it is simply a huge place.

In addition, saying this to the hearing of Nigerians also suggests a disregard for the feelings of the people. This may not have been the conscious intention of the amiable SGF, but public officials bear the responsibility of pondering very deeply about their every utterance in reverence to the sensibilities of the people that they serve.

But the question is how many public officials in Nigeria truly see themselves as servants of the people? It is not a question so difficult to answer when you consider the other spectacle that took place at the same event and venue where Mustapha committed the fax paus under discussion.

When the Speaker of the House of Representatives, Femi Gbajabiamila, asked the health minister, Dr Osagie Ehanire, whether health workers engaged in the fight against the COVID-19 situation had the benefit of some hazard allowance, he said he had no idea.

Now, having no idea whether those who can be described as the “armed forces” in this serious war get special allowances is one thing, suggesting that they do not deserve it as the minister did is a totally different ballgame. How is it that a medical doctor of about 50 years standing, one who has worked with some of the best conditions of service possible in the world, would so minimise the contribution of his professional colleagues to “they are screening for temperature?”

And here, he referred to the management of COVID-19 which has led to the death of more than 150 medical workers in far more caring societies like Italy, Spain, the United Kingdom and the United States of America. A disease for which the US with over half a million practising doctors as of the end of 2019 threw an open cheque for immigration opportunities to medical personnel across the world last month.

The only explanation for Ehanire’s objectionable posture is that rather than see himself as a servant of Nigerians and medical professionals in particular, he imagines himself the lord of the manor, appointed over all medics. What’s more, a colleague of his in medicine and the national cabinet told a bewildered nation about this time last year that Nigeria had more doctors than it needed!

So, when you have men like the Ehanires of this world counselling, government is bound to be blinder than the legendary Bartimaeus. This is why it is expedient to ask Mustapha the exact things that he knows about the health sector and indeed, the general condition of Nigerians.

While infrastructure is a major challenge of Nigeria’s health sector for instance, does the SGF know that it is not the only one? Does he understand that most Nigerian doctors are waiting for the next opportunity to emigrate with their families? A report by Africa Check, a fact-check website, indicated last year that the United Kingdom admitted 12 Nigerians who had attained primary medical qualifications every week in 2018. And as of April 25, 2018, 5,250 Nigerian doctors were practising in the country?

Further to the testimony of the immediate past health minister, Prof. Isaac Adewole, under who Ehanire was the state minister, data obtained from the Medical and Dental Council of Nigeria revealed that 88,692 doctors were registered in May 2018. Of these doctors, only 45,000 were practising here. That gave a ratio of one doctor to 4,088 as against the World Health Organisation’s recommendation of 1:600. You can only imagine how bad things would have become now.

Does Mustapha also understand the true state of things in the education sector? Does he know that at least 13.5 million children of primary school age are not in school?

Does he realise that no fewer than one million teenagers fail to get into higher institutions yearly because the country does not have enough spaces for them, and their parents have not accumulated so much foreign currencies to send to them to choose schools abroad?

Does he know that the country does not provide any alternative for these hundreds of thousands of young school leavers who roam the streets; that there is no standard vocational training for those who have the flair? Is the SGF privy to the fact that Nigeria does not have an overarching educational strategy detailing its immediate and future goals?

Does he realise that hundreds of thousands of youths, mostly graduates, join the unemployment market yearly and live within the temptation of crimes, abuse of substances and the prevalence of small arms and light weapons with which they terrorise innocent Nigerians? Does he see a relationship between this development and the “One million boys” and other gangs of hoodlums frequently terrorising Lagos and Ogun states and the kidnapping and banditry in other parts of the country?

Is the SGF aware of the grinding poverty that a majority of Nigerians now wear like clothes? Late last year, Minister of Humanitarian Affairs, Disaster Management and Social Development, Sadiya Farouq, indicated that 90 million Nigerians were living in extreme poverty in October 2019?

Can the government tell how many of these people fall into the 3.6 million households slated to benefit from government’s palliative measures for the COVID-19 lockdown? What exactly is the definition of a household in the contemplation of government? Would the Igbore, Abeokuta, Ogun State woman who offered to sleep with any man capable of giving her N500 to feed her three children qualify for this token?

Would families that sleep and wake up under bridges in Lagos and Ogun states benefit from this Federal Government outreach or the parameters remain those who recharge their phones with N100 as the minister said on Tuesday? Does government have the right definition of the poorest of Nigerians?

As tragic as the advent of coronavirus is, the affliction has brought leaders of the world to the realisation of their poor preparation for events like this. In Nigeria, it has brought those closest to the seat of power nearer to some realities that they pretended did not exist.

That the SGF claims not to realise the extent of the dilapidation in the health sector, in spite of the alarm once raised by the wife of his principal, Aisha Buhari, is an indication of where he seeks medical attention. But now, as he said in one of the daily press conferences the Presidential Task Force held recently, the COVID-19 Nigeria reality has shown that there could indeed be moments when, regardless of your wealth and influence, there would be nowhere to go but Nigeria.

And arguments about how this and that fall under the purview of state governments, even though true are escapist for this moment. Nigeria is in an emergency at the moment and so the Federal Government needs a visionary plan to move the country forward as a whole.

It is now obvious that events in any state in Nigeria ultimately affect other states. In any case, 22 of Nigeria’s 36 states are led by the members of the All Progressives Congress, is it impossible for the party to lead a revolution of health care delivery and education in these states? So, can Mustapha forget what people did not realise in the past and seize the current momentum to build a future of shared prosperity? It is doable!