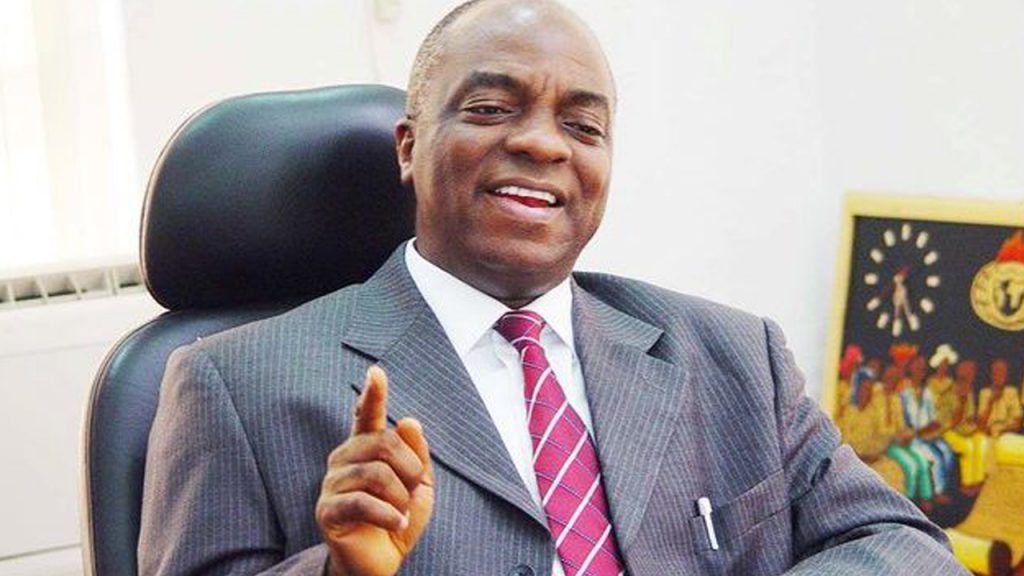 Nigerians have reacted to the reported sacking of 40 pastors by the Living Faith Church International, popularly known as Winners’ Chapel.

One Pastor Peter Godwin had claimed that the church sacked the pastors in Ekiti State for having a church growth index that falls below expectations.

The pastor said, “I was told by the management that the church doesn’t operate at a loss.

“They also told me that the total income that is being generated from my station should be able to cater for my welfare and accommodation, so as a result of low income, I’m hereby dismissed.”

On Facebook user, Kareem Olowopere Lateef Dada, who reacted to Godwin’s statement cited the Parable of the talent narrated by Jesus Christ in the Bible.

He said, “Parable of the talent, A master gave talents to three different men according to their capacity. One was given five talents, another one was given three talents. This man here is the third man, he was giving only one talent. The master went on a journey and came back after a while and asked them what they did with the talents given to them. The rest double their talent. It was the only this man that did nothing with his talent.”

Another Facebook user, Gbubemi Awala, cited a verse in the Bible, saying, “I am the vine you are the branches, any branch that doesn’t bear fruit my father will cut off. Jesus cursed a fig tree that didn’t bear fruit, the parable of the talent also shows how God hates fruitlessness. The servant didn’t do anything in the eyes of men when he returned the one talent he was given back to the master, but God saw wrong.”

Reacting to comments scolding Winners’ Chapel for sacking the pastors, one Oghenegoma Favour said, “If you are an employer and your employee fails to perform as required by his or her terms of engagement, will you keep the person? We are just being petty and unnecessarily nosy. Anyone that is paid can be sacked, so also the person has a right to resign.”

One Mathew Michael Ejovwo said, “I think we should stop being sentimental in our approach. Suppose the said man was working in a secular private firm and was given a target in a time frame and did not meet up the target, he would be sacked. The sacked man had been slothful. He had thought that since it’s a church appointment, no one would terminate it. He failed to realize that it was a man that hired him not God. When man hires; he can also fire. Though you are doing God’s business, man hired you to do the business. If you do not meet up, he will sack you.”

Media personality, Morayo Afolabi-Brown berated the pastor for going to the media over the issue.

She said, “God is the real MD (Managing Director) of any Bible-believing church. If you get ‘sacked,’ take your grievances to Him, not the media. Only He can compensate you, not the rabble-rousers on social media.”