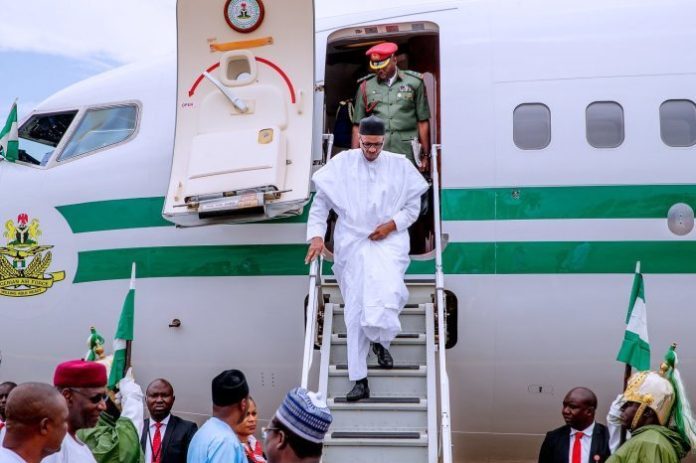 As the curtain fell on 2019, one significant journey will for long be remembered by Nigerians, South Africans and entire African continent: President Muhammadu Buhari’s historic three-day visit to South Africa, October 3-5th, 2019. Before the visit, fear and anxiety had engulfed the continent, and cries of xenophobic attacks ruled the air waves. Daily figures of casualties, both real and imagined, flared tempers, and reprisals were already taking a toll on South African business interests abroad.

On September 4th, 2019, following more attacks and reports of killings, Nigerian delegation to the 28th World Economic Forum on Africa in Cape Town, South Africa, which was to be led by Vice President Yemi Osinbajo, shelved participation. “Clearly with this climate, he (Osinbajo) and Mr. President have agreed that he should not go,” Nigerian Foreign Minister Geoffrey Onyeama explained. Rwandan President Paul Kagame and Malawi’s Peter Mutharika had earlier pulled out of the conference, citing various reasons.

In South Africa, the onslaught on foreign businesses, largely attributed to frustration from growing unemployment, and allegations of misgivings and poor conduct of some foreigners, had become unbearable. To further register Nigeria’s chagrin, the High Commissioner to South Africa, Amb. Kabiru Bala was called to Nigeria for briefing, and the South African acting High Commissioner, Bobby Moroe, was invited by the Minister of Foreign Affairs over the deteriorating situation. For safety, South African High Commission in Abuja and other businesses across the country were closed.

On September 5th, 2019, President Buhari despatched a special envoy to South Africa. The special envoy, who is Director General of Nigeria’s National Intelligence Agency, Amb. Ahmed Rufai Abubakar, met with South Africa’s President and expressed Nigeria’s displeasure over the treatment of her citizens. President Ramaphosa gave an assurance on safety of lives and property, attributing attacks to criminal elements.

On September 16, 2019, President Ramaphosa’s special envoy, Mr Jeff Radebe, was received at the Presidential Villa in Abuja. At the meeting, a statement by Femi Adesina, Special Adviser to the President, Media and Publicity, quoted President Buhari as saying: “Going back to historical antecedents, we made great sacrifices for South Africa to become a free state. I was a junior officer to Gen. Murtala Muhammad, and Gen. Olusegun Obasanjo. They were not operating in a democracy, but they got Nigerians to support them in the bid to see a free South Africa. Our leadership was quite committed to the cause. We made sacrifices, which younger people of today may not know. During my last visit to South Africa with the late President Robert Mugabe, it was very emotional, as Mugabe spoke about Nigeria’s contribution to free South Africa.” Radebe apologized on behalf of his President for what he called “acts of criminality and violence” that recently occurred, adding that “such do not represent our value system, nor those of the larger number of South Africans.”

On September 11, 2019, the first set of Nigerians evacuated by a private airline, Air Peace, arrived in Lagos, mostly women and children. More than 600 Nigerians were flown out of the country by the airline. “We had long delays with issues of biometrics by the host country, and people were frustrated. The tension was high. When it was eventually waived, teary Nigerians started the national anthem. It was such a touching moment,’’ Nigeria’s Consular General in Johannesburg, Amb. Godwin Adama, said. Adama had spent many sleepless nights ensuring safety of citizens at the height of the diplomatic uproar.

In Nigeria, South African businesses were at high risk. Initial attacks, spurred by looters, were quickly nipped in the bud. The Police made arrests, and protected all business outfits. The atmosphere of bitterness and mutual suspicion persisted. In spite of arrests in Johannesburg and Pretoria, foreigners kept fleeing the country.

On August 11, 2019, President Buhari had agreed to visit South Africa, after a phone conversation with President Ramaphosa. The President spoke with the South African leader from his country home in Daura, Katsina State. In spite of the escalation of violence and destruction of Nigerian businesses in following weeks, he kept his promise. A statement by Senior Special Assistant to the President, Media and Publicity, Garba Shehu, that President Buhari would visit South Africa was greeted with mixed feelings. In Nigeria, some felt it was belittling for the Nigerian leader to visit South Africa since the crisis started from there, while others said it was unsafe. For some, since Nigeria played a significant role in the fight against apartheid, it deserved more respect. The President was unperturbed, preferring heart-to-heart talks to resolve the issues, not diplomatic ego tripping.

At 9.10pm, October 3, 2019, President Buhari arrived at the South African Air force Base, Waterkloof, Pretoria and was received by Minister of International Relations and Cooperation, Dr. Naledi Pandor and Minister of Social Development, Ms. Lindiwe Zulu. Apart from the State visit, the President attended the 9th meeting of the Bi-National Commission, alongside President Ramaphosa. The Bi-National Commission for the first time witnessed the participation of two Heads of State after an elevation. The warmth and friendliness when the leaders met at the Union Building signalled intention for harmony. The elaborate, colourful military welcome ceremony at the South African administrative hub, tête-à-tête to discuss issues of mutual interests relating to the welfare of citizens, and review of 32 agreements/MOUs of the Bi-National Commission dowsed all fears and uncertainty on Nigeria/South Africa relations.

At every turn, which include press briefing, bi-national commission meeting and the state dinner, both leaders stood on a common reconciliatory ground, condemning the strings of attacks, and assuring their citizens of an early warning signal framework, need for more tolerance in a rising competitive world and closer working relationship to promote greater harmony. They also promised implementation of the MOUs from the Bi-National Commission to promote more Nigerian investments in South Africa.

“Going further back in recent history, during the dark days of the fight against apartheid, Nigeria was formally designated a Frontline State, notwithstanding the fact that we were not geographically in Southern Africa. It was rather in recognition of the political, human and material support and sacrifices of the Nigerian Government and people for South Africa,’’ President said at the State Dinner. “Nigerian workers, students and the Government made great contributions and stood shoulder to shoulder with the peoples of Southern Africa in their struggles against colonialism and apartheid.’’

President Ramaphosa apologised for the loss of lives of foreigners, damages to property and strained relations, with an assurance: “Your Excellency, we owe our freedom to the people of Nigeria and the people of Africa. We pay tribute to Nigeria’s tireless support for the international campaign against apartheid. We will not forget how Nigeria spearheaded the call for political and economic sanctions against apartheid South Africa following the Sharpeville Massacre of 21 March 1960, which left many unarmed demonstrators dead.

“We will not forget the great sacrifices made by the Nigerian people in the 1970s and 1980s for the freedom that South Africans enjoy today. Without Nigerian support, our freedom would have come at a much greater cost. We will never forget the great debt we owe you and we will never allow the lawless actions of a few to undermine the bonds of friendship between our peoples.’’

Months after President Buhari’s visit, Nigerians in South Africa enjoy a more peaceful stay, and South African citizens and businesses in Nigeria continue to thrive, unhindered.  In both countries, 2019 end-of-year thanksgivings captured the visit that ushered in harmonious living and understanding.

On December 17th, 2019, after receiving Letters of Credence from South Africa’s new High Commissioner to Nigeria, T.D. Mseleku, President Buhari said: “At the end of our visit to South Africa, all those that were expressing doubts and fears had nothing to say. The visit was spectacular in many ways. Please give my deep appreciation to President Ramaphosa.’’ The President said former South African President, Nelson Mandela’s legacy of forgiveness, sacrifice and humility should be Africa’s template for leadership, and peaceful co-existence.