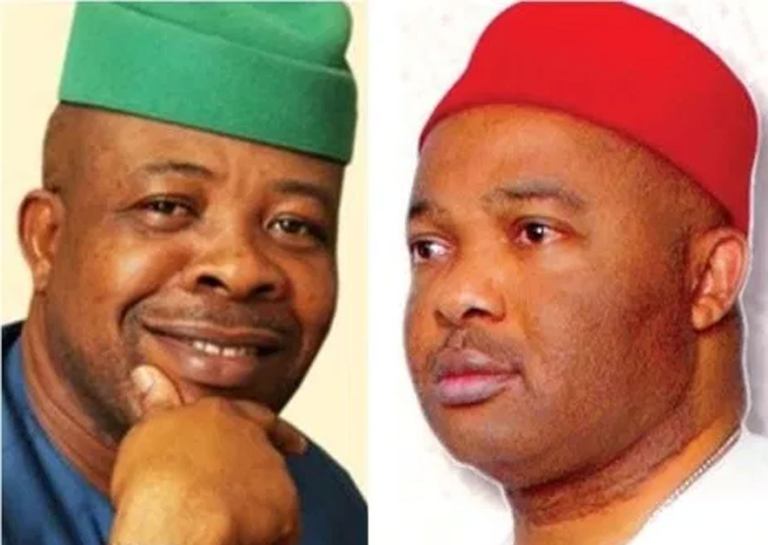 The Peoples Democratic Party in Imo State has said that the former governor, Emeka Ihedioha’s intention to seek the intervention of the court is not to stop or evade the investigation of the N19.63 billion auditors interim report by the state house of assembly.

This is just as the party noted that the Interim Audit Report of the Auditor General of LGAs covered the period from 1st January to December 31st, 2019.

Addressing journalists in Owerri, the Imo State capital, the party’s state working committee said Ihedioha only went to court to establish that the rule of law, due process and fair play were applied in the entire probe process.

In an address presented by the party’s state secretary, Ray Emeana, the PDP explained that Ihedioha sought the the intervention of the court “following obvious breaching in the processes and procedures of the purported probe.

“Ihedioha would want the court to determine whether the procedure for investigation is consistent with sections 128, 129 and even 125 of the 1999 Constitution as amended and Imo State Local Government Administration Law, Section 129(1), that contained the procedures for auditing of Public Accounts of Local Governments.

“It is imperative for the court to clarify whether the composition of the Public Accounts Committee (PAC) of the Imo State House of Assembly for investigation is in line with the relevant extant laws, parliamentary rules, conventions and procedures. And whether fair hearing would be afforded His Excellency”.

The PDP insisted that the invitation of the officials of the Ihedioha administration by the state house of assembly to explain the whereabouts of the reported missing local government funds smelt of kangaroo proceedings.

“In deed, the debate of the motion to investigate the interim audit report at the house of assembly showed bias and a clear premeditated case of witch-hunt, without any pretense to impartiality and objectivity.

“The matter was referred to the Public Accounts Committee that had no single member of the PDP as commitee member. The minority caucus of the PDP in the state house of assembly petitioned the speaker to reconstitute the commitee and not only include PDP members but to make a PDP member chairman as has been the precedent, convention and procedures in Imo House of Assembly, some time in the past, in the National Assembly since 1999, in most of the state houses of assembly in the federation and in deed most of the Commonwealth. This is to ensure fairness and transparency. Mr. Speaker refused”.