Mothering Sunday is a celebration of the Anglican Church from the early Church. It was originally a day to honor and give thanks to the Virgin Mary, also known as “Mother Mary”, for her agony as recorded in Luke 2:35. 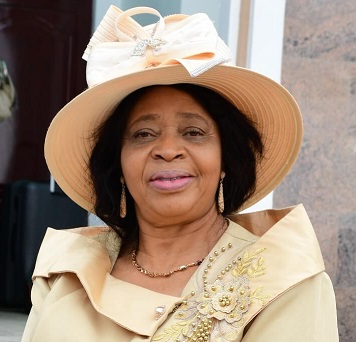 The Celebrations required people to visit their mother Church – the main Church or Cathedral in the family area. As Christianity spread through Europe in the 16th Century, the celebration increased and was included in the Church Calendar as Mothering Sunday; an Occasion to thank and appreciate all mothers, as well as a family, honored reunion. It also became a celebration when children, especially the girls who had been away from home as domestic help or apprentices had a day off to join their family and see their mothers.

Mothering Sunday is celebrated in the Anglican Church every Fourth Sunday in Lent, which is also three Sundays before Easter. Since it is celebrated mid-Lent, it is also known as Refreshing Sunday, where fasting could be eased for the day and people could enjoy a delicious meal together as a family amidst the lent.

Mothering Sunday does not have a fixed date, as it is linked to the Easter season, which changes annually according to the Church Year Calendar.

Although the four celebrations Centre on women and are internationally celebrated, they are different from one another.

Significance of Mothering Sunday In the Anglican Church

A Message for All Mothers at This Year’s Mothering Sunday

Mothers are called upon to be Lois and Eunice of our time (2Tim. 1:5; Act 16:1). Lois and Eunice were the mother and grandmother of Timothy. Apostle Paul met these two women while he was on one of his missionary journeys. He was impressed by their sincere faith in our Lord Jesus— a faith without hypocrisy or fake exaggeration. Despite living in Lystra, a gentile city, they were committed Christian and passed this faith to Timothy. Their lives had a great influence on the young Timothy, which helped him to grow spiritually and became one to whom Paul could entrust the Church’s leadership.

As women and mothers, we have the greatest influence to impact our present generation and generations to come. Our lives speak volumes and people around us learn a lot from them.

Let us be Lois and Eunice of our time to bring up godly children and grandchildren, the moral vices and evils of our present age notwithstanding.