MOSES: I WANT TO BE AFRICA’S BEST

Super Eagles star, Victor Moses says he is working hard in his bid to become the best player in Africa. The Chelsea right wing-back has been nominated for two prestigious awards, Confederation of African Football’s (CAF) Player of the Year and BBC’s African Player of the Year prizes.

If Moses is named the most outstanding player in Africa by the BBC on December 11, he will follow in the footsteps of ex-Chelsea stars Michael Essien and Didier Drogba, who won the award in 2006 and 2009 respectively.

“Yes, it is amazing. I am pleased with the position I am in today. My manager and team-mates helped me and encouraged me,” Moses said. “It shows how hard I worked last year but it isn’t about being nominated but winning [the award]. 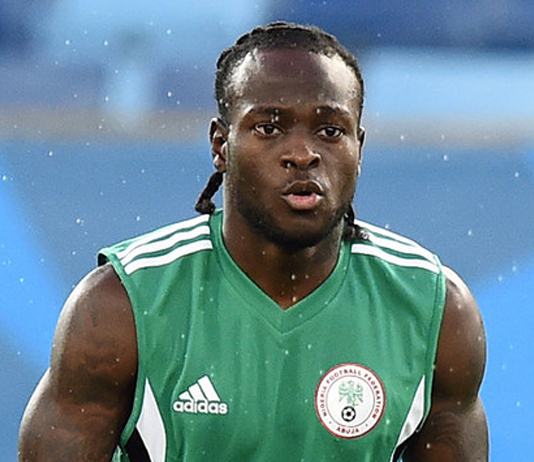 Whatever the outcome is, I know that I have had a great year at the club and with the national team as well. “I was part of the first African team to qualify for the World Cup as well which was good for us. I am pleased to follow in [the former Chelsea players’] footsteps; now I want to take my football to the next level.

“Every season I want to be the best I can to be Africa’s best player. I will do the best I can.” Moses spent most of his entire career as a winger and striker before manager Antonio Conte converted him into a wing-back last season.

Meanwhile, Moses has stepped up his recovery process by lining himself out for some minor drills on grass, as he aims to be part in action at the restart of the season. With the international break putting a pause on club matches, Moses opted to use the time out to put himself back in top shape, as he envisages getting back into action with The Blues in the middle of the month.

The long wait for the Super Eagles star may now be over, as Moses took to social media to reassure his fans that his chances of being fit for Chelsea’s next competitive games are high. He posted on Twitter, with a picture of himself and an unnamed Chelsea fitness coach : “Good to be back training outside #CFC”.