AFCON 2025: Nigeria-Benin Joint Bid as Well as That of Morocco and Algeria May Hit The Rocks 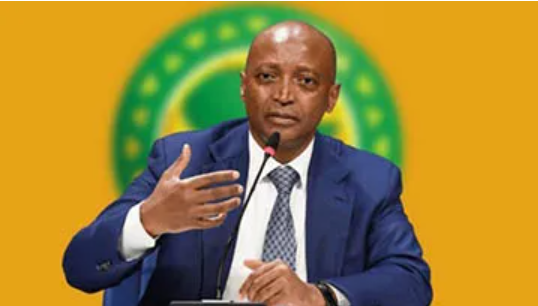 Motsepe’s statement has technically knocked out the Nigeria-Benin bid: “We cannot assign the organization of the CAN successively to the same region.”

Although CAF President, Patrice Motsepe on Saturday confirmed that six bids are in the race to replace Guinea as hosts of the 2025 Africa Cup of Nations hosts, speculations have narrowed the bid to three.

Those currently in the race are Algeria, Morocco, South Africa, Zambia, and Benin-Nigeria.

But the ongoing spat between Morocco and Algeria may see both being technically edged out to avert possible boycott by any of the duo that may not win the bid.

Facility-wise, both are eminently qualified to host the tournament. But considering the last-minute withdrawal of Morocco from the ongoing African Nations Championship in Algeria, a reprisal boycott could be anticipated should the Moroccans get the bid.

Morocco has in the past five years been the destination for the hosting of most competitions in Africa. Among such are the 2017 edition of CHAN, the Women’s Africa Cup of Nations last year as well as the Women’s CAF Champions League and the CAF Super Cup.

If Algeria gets the nod, another boycott from Morocco could be expected. Both countries rank among African football powers and the chances of their qualification for the championship is very high just as a possible boycott looms.

With the two North African countries possibly being ruled out, the race then turns to West Africa and Southern African contests.

Benin-Nigeria holds the flag for West Africa, the region originally to host the championship. Zambia and South Africa from the Southern region are the other contestants.

If South Africa wins the bid as possibly the country with the best facilities among the quartet, it will be the  third time the country will be hosting after that of 1996 and 2013.

The influence of the CAF president, Motsepe, a South African, may also be suspected. Nigeria hosted in 1980 and co-hosted with Ghana in 2000. This time, it is another joint bid with the Benin Republic who have never been hosted just like Zambia.

CAF officials will do inspection tours of all the candidates this month with the winners to be announced on February 10.

“Each region will have a chance to organize a CAN (Cup of Nations). We cannot assign the organization of the CAN successively to the same region.”

With that statement, the joint bid of Nigeria and Benin appears dead on arrival as another West African country, Cote d’Ivoire will host the preceding edition meant for this year in 2014.

The pendulum, therefore, swings in favor of the Southern African region where South Africa and Zambia are the contestants.