Football Academies to be regulated- Minister 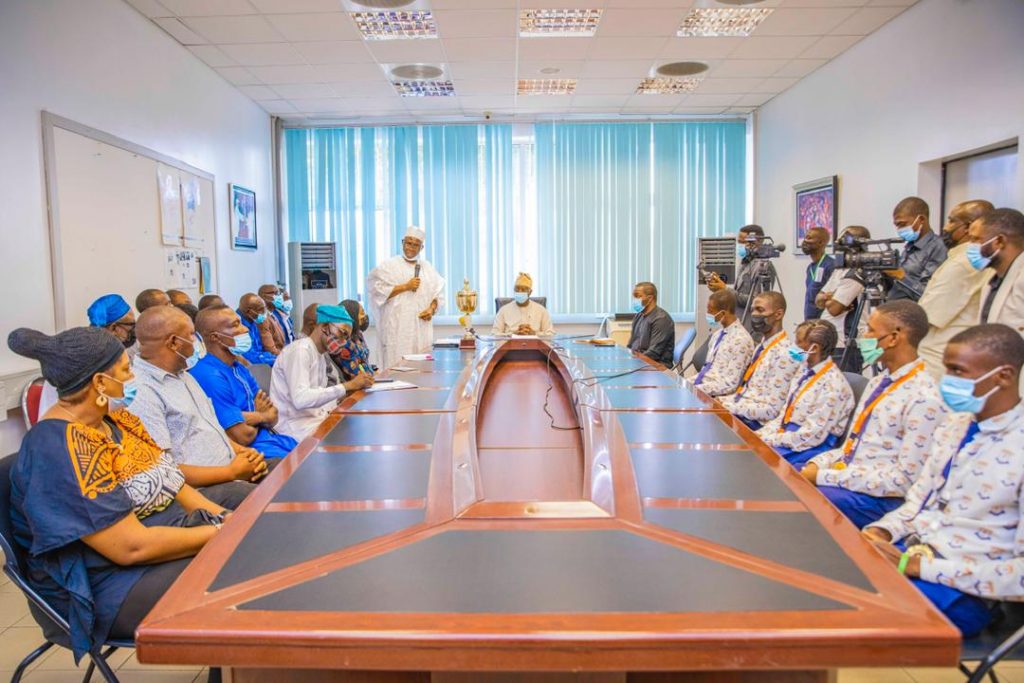 Minister of Youth and sports Development Mr Sunday Dare has assured that a new Sports Industry Policy will soon be approved with Sports Academies playing key role in talent discovery.

The Minister made this assertion when he hosted winners of the maiden edition of the National Principal’s Cup Fosla Academy in Abuja.

The Minister congratulated the students, staff of FOSLA academy as well as their proprietor Alhaji Sani Lulu Abdullahi for emerging champions of the revived competition.

He reiterated that, the President Mohammadu Buhari has asked that the NFF under the supervision of the Ministry should produce a 10 year football master plan. “Perhaps the biggest thing we should expect is the Nigerian Sports Industry Policy that has business model embedded in it. Sport is now business in this country Academy like yours will get the opportunity to develop their infrastructure so that more talents can be discovered and nurtured.”

“Let me congratulate you very specially on your victory at the National Principal’s Cup. when I presented the cup to you I saw the excitement. I was amazed at some of the skills displayed on the pitch of play. Our work at the Ministry is to hunt for sporting talents and to also partner with institutions like FOSLA Academy who are in the same business of hunting for talents and developing them”

The Minister said because of the experience the Ministry had in bringing back the Principal’s Cup which is now renamed National Principal’s Cup, in another 45 days, the next edition of the competition will comnence on a much larger scale with more schools participating.

“The Power of sports like Mandela said is to Unite and promotes peace in the world. This cannot be understated. I’m glad that you are involved in sports and we hope some of the young players from the Academy will become the bright stars in Nigeria’s football family.”

In his response, the Proprietor of Fosla Academy Alhaji Sanni Lulu Abdullahi thanked the Honourable Minister for vision and hardwork that has helped revive the Principal’s Cup. “FOSLA Academy is a product of hardwork and consistency. The victory in the National Principal’s Cup is a dream come true and we are very grateful for the opportunity to expose our young talents. I’m personally grateful” Lulu concluded.

Media office of the Honourable Minister of Youth and Sports Development