Moderator Of The Church Of North India Arrested For Fraud 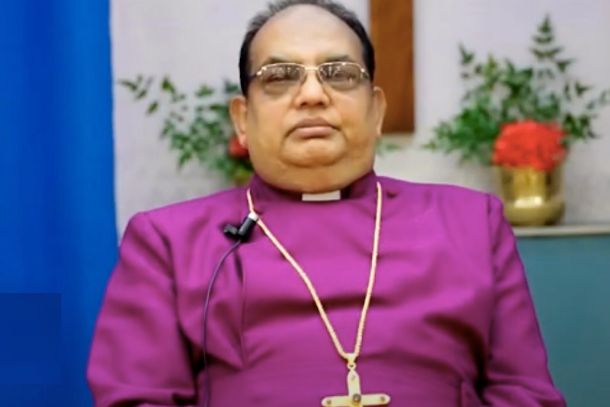 The Moderator of the Church of North India, the Most Rev. P.C. Singh, Bishop in Jabalpur, was arrested Monday by police on corruption, fraud, and forgery charges

Bishop Singh was detained at the Nagpur Airport, Maharashtra, upon his arrival home from Europe following a vacation after the Lambeth Conference in Canterbury. Officers of the Madhya Pradesh Economic Offences Wing (EOW) of the state police allege Bishop Singh diverted tuition payments made to diocesan schools between 2004-2005 and 2011-2012 to his own pocket. It is also alleged Bishop Singh is complicit in the fraudulent sale of church land in partnership with the Bishop in Lucknow, the Rt. Rev. Peter Baldev, who was a fugitive from justice for four months until his arrest in July.

The moderator will spend at least four days in jail before he will be released on bail, the EOW stated in a press release given after his detention. Bishop Singh and a confederate, BS Solanki were charged with 84 criminal counts, allegedly violating the Indian Penal Code Section 420 (cheating), 406 (criminal breach of trust), 468 (forgery for purpose of cheating), 471 (using a forged document or electronic record), and 120B (criminal conspiracy).

Last Thursday the EOW raided the bishop’s office and home and seized approximately ₹16.5 million rupees ($207,000) and $18,000 US Dollars in cash along with smaller amounts of other currencies as well as jewelry.  The EOW also said it found evidence of 174 bank accounts controlled by the bishop with deposits totaling PC Singh’s residence and also found a total of ₹20.2 million rupees ($254,000).

The case has attracted political attention, with Madhya Pradesh Chief Minister Singh Chouhan stating he had ordered an investigation into whether any of the funds taken by the bishop were being used to bribe Hindus to convert to Christianity – a criminal offense in the state.