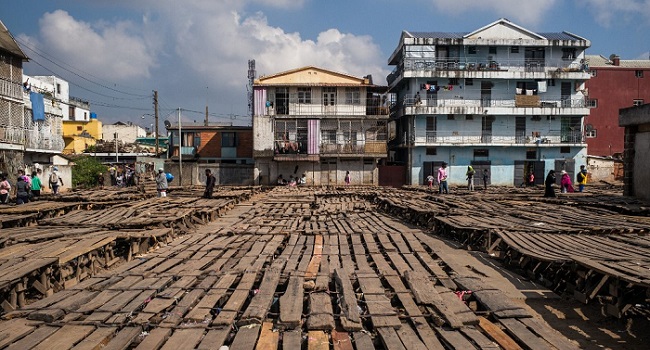 Madagascar has placed its capital Antananarivo under a fresh lockdown following a new surge in coronavirus infections, two months after the restrictions were eased, the presidency announced Sunday.

“The Analamanga region (under which the capital is situated) is returning to full lockdown,” the presidency said in a statement.

No traffic will be allowed in or out of the region starting Monday until July 20.

A strict curfew will be imposed on street movement by people.

The measures have been taken “because of the spread of the epidemic and the increase of COVID-19 cases,” it added.

Used to registering dozens of coronavirus cases a day, Madagascar has in recent days seen an exponential rise in daily numbers, jumping to a record 216 cases on Saturday.

The latest tally came after 675 people were tested.

Nearly 24,000 tests have so far been conducted on the impoverished island.

By Sunday the country had a cumulative 2,728 cases, including 29 deaths since the virus was first detected on the Indian ocean island on March 20.

All government meetings will now be held via video conferencing, while court hearings have been suspended.

Rajoelina has been promoting the brew for export, saying it is the country’s “green gold” which will “change history”.

The potential benefits of Covid-Organics, a tonic derived from artemisia — a plant with proven efficacy in malaria treatment — and other indigenous herbs, have not been validated by any scientific study.