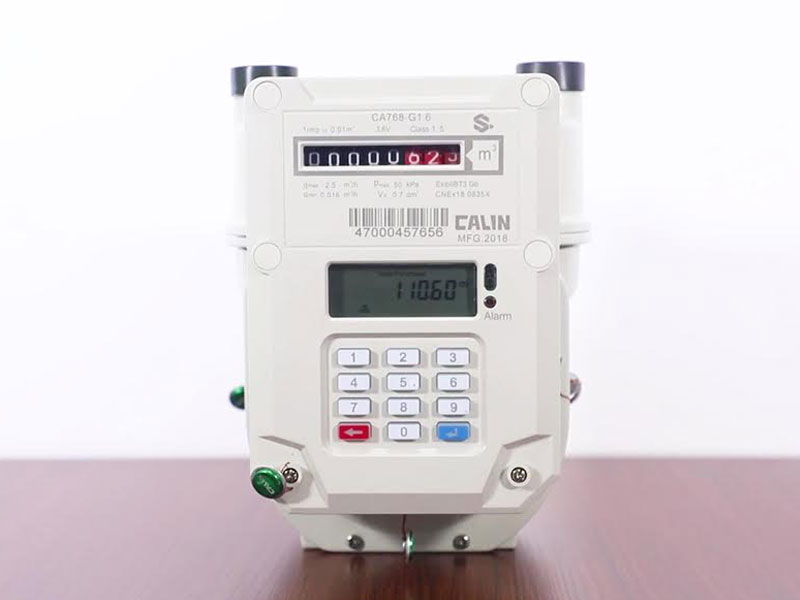 One of the most fundamental challenges to effective access to electricity in Nigeria is the absence of an overarching metering system that ensures customers pay fair prices for electricity they consume. It is believed that the country needs over $1 billion to meet its electricity metering gap. What is clear, however, is that the regulators, the government and the DisCos are unwilling to make necessary investments to ensure the take-off of a Nigerian metering manufacturing industry. Nosa James-Igbinadolor reports

In 2019, distribution companies (DisCos) in Nigeria recorded an eight per cent growth in their revenue collection, grossing a total N473 billion that year from N438 billion in 2018. The revenue growth, is certainly driven less by the availability of increased generation and transmission and more to the fact that “the number of registered end-users in the Nigerian electricity supply industry keeps increasing, currently at a rate of about 75,000 new customers per month,” according to the Association of Nigerian Electricity Distributors (ANED).

The report by ANED showed that much was not recorded in the energy transferred by the Transmission Company of Nigeria (TCN). “In the last minor review of December to January, NERC dropped its previous projection for 2020 from 123,000 megawatt-hour per day down to 96,000 MWh/day (an almost 30 per cent downward review), which is the main reason for increasing the forecasted tariff shortfall for 2020 to N534 billion (N426 billion compared to 2019 June’s minor review).

“The aggregate technical, commercial and collection loss (moving average) keeps improving and it is now at 44.6 per cent, although it is still far from Ikeja Electric’s new record (22 per cent in December 2019).

“Nevertheless, a few Discos are showing symptoms of fatigue in their ATC&C loss reductions, with a Disco deteriorating by a moving average of 4.7 points in 2019. Hopefully, this situation will revert soon and will not follow the path of Yola Electricity Distribution Company.”

Price Waterhouse Coopers (PwC), in a recent report on Bridging the Metering Gap, noted that, “Unbundling and transfer of the successor companies to private entities has, to date failed to deliver the expected benefits. This has been largely attributed to the fact that upon takeover, the DisCos assumed responsibilities and challenges beyond the scale and scope originally envisaged. These include obsolete network infrastructure, non-functioning metering systems, non-cost reflective tariffs, high incidence of electricity theft and equipment vandalism, amongst other pertinent issues. Consequently, the DisCos have been unable to finance and roll out the desperately required strategic initiatives to improve cash flow and service delivery in order to achieve the ultimate goal of ATC&C loss reduction (which is currently at about 45per cent)”.

Thus, as more Nigerians migrate into the electricity network of the varied DisCos, the distribution companies have been pushing for a cost reflective tariff that is fair and sufficient to finance their operations while still making reasonable profits from running efficient operations.

The Nigerian Electricity Regulatory Commission (NERC) developed a methodology to be used via a Tariff Order known as the Multi-Year Tariff Order (MYTO) in accordance with Section 32 of the Electric Power Sector Reforms Act 2015 (“EPSRA”). MYTO is required to be cost-reflective, meaning, expected to cover costs arising through all the power value chain from generation transmission and through to distribution.

PwC in its report argued that, “metering effectively represents the foundation for sustainable revenue generation and commercial viability of the electricity sector. With electricity as the product offering, DisCos must accurately account for inflows of electricity into their network and outflows of electricity delivered to customers. This enables them provide an assurance of fair billing and payments to and from suppliers and customers alike. The implication is that metering must be a top priority for DisCos and the entire power sector value chain whose respective costs of service are all embedded in the final utility bill borne by the customer. Essentially, the power sector value chain is wholly dependent on the DisCos to provide last mile services to the customer and perform the role of revenue collections”.

On 31 March 2020, the Nigerian Electricity Regulatory Commission (NERC) issued an Order concerning the proposed tariff increase which was to be implemented from July 1, 2020. The Order recognised the application by power distribution companies (DisCos) for an upward review of end-user tariffs, as well as the application by the Transmission Company of Nigeria Plc (TCN) for an upward review of the rates payable to the Power Generation Companies (GenCos) that provide the Ancillary Service of Spinning Reserve.

The order recognised the repeal of the Regulation on Estimated Billing Methodology of 2012 and capping the energy billed for unmetered consumers in order to spur an increase in metering by the DisCos and to the curb the practice of estimated billing.

The planned electricity tariff hike scheduled for July 1 has, however, been postponed until the first quarter of 2021, engineering a crisis of confidence between the Nigerian government and the distribution companies.

The attempted tariff hike has been condemned by many Nigerians who demand that the abysmal electricity situation should get better first before pursuing any tariff escalation. ANED and many stakeholders in the sector, however, posit that the electricity situation is unlikely get better unless consumers pay appropriate prices for electricity and allow investors to make enough money to reinvest in their infrastructure.

According to the chief executive officer of a Lagos-based energy company with interests in the electricity distribution segment, “The power sector in Nigeria will never see significant progress until we have a tariff regime that allows investors to earn a return on their investment. The current tariffs are less that what it costs to generate transmit and distribute power. Why would a disco owned by private investors facilitate or invest further in a business that is structured to make them lose money?

“Currently for a disco, the more residential customers you meter the larger a loss you realize because discos for their survival have to over-bill their customers to make up for some of the revenue lost from non-implementation of the MYTO increases. Furthermore, NERC as a regulator has failed to implement the reviews which Disco owners relied on in making their investment decision, so cannot justifiably hold Discos accountable”.

The Chief Executive Officer of the Federal Competition and Consumer Protection Commission (FCCPC), Babatunde Irukera, like most Nigerians, is however dismissive of the viewpoints of the proponents of immediate application of cost reflective tariff. Speaking during a public hearing on extraordinary tariff review application organised by the Nigerian Electricity Regulatory Commission (NERC) in Lagos in March, the FCCPC boss asserted: “If you are going to promote efficiency, the only way to promote it certainly cannot be by increasing tariffs. There is absolutely no question about the fact that increasing tariffs will not in itself necessarily promote efficiencies.

“So long as you have fewer people paying for what most use, you will not find a cost-reflective tariff. The answer cannot be burdening those few (who pay their bills) with more. What about metering? There is still a vast majority of bills that are paid today by estimation; 55 per cent of consumers are still unmetered.”

Irukera argued that the tariff shouldn’t be increased as the majority of homes in Nigeria remain unmetered. He explained that every time DisCos record a revenue shortfall, unmetered customers would be the ones to pay for it. He further revealed that the Bureau of Public Enterprises (BPE) was promised by the DisCos in 2015 that they would meter more aggressively but that hasn’t been the case, as the metering gap still exists.

“They said that over the next three years, they would meter approximately 4.5 million customers. And that gave us an annual target of about 1.6 million meters.

“How can we even find a cost-reflective tariff when more than half of your collection is based on estimation or assumption? Every time there is a revenue shortfall, those who are not metered would pay for it. And that is why estimated billing has now become another word for arbitrary billing,” Irukera said during the public hearing.

With 59.4 per cent of the end-users unmetered, the DisCos grumble that the delays/barriers in the implementation of the Meter Asset Provider Regulation were expanding the metering gap.

In 2018, the Nigerian Electricity Regulatory Commission, introduced the Meter Assets Providers( MAP) scheme with the aim of fast-tracking the rollout of meters through the engagement of third-party investors, called meter asset providers, MAPs, for the financing, procurement, supply, installation and maintenance of electricity meters.

The programme has moved at an arithmetic speed not proportional to the geometric growth in demand for electricity. The reasons include, the challenge of an approved meter service charge rate of 21 percent which operators posit, is not market driven and thus commercially challenging for them. In addition, they point out the challenge of customers making payment without recourse to the MAP process, as well as the 10 days’ installation turnaround time.

An industry player who craved anonymity posits that, the present MAP regulation as defined in the contents signed by the then Acting Chairman of NERC never had the interest and welfare of the customer at heart.

“It is simply how much money is to be shared by all. That was why it was very easy for the MAPs and DISCOs to convince NERC in effecting a price increase in meters from 1st June 2020. The first sign of the failure of MAP will be in the type of companies selected by the DISCOs. The MAP Regulation entails all interested companies to get a ‘No Objection Certificate’ from NERC and now go back to the DISCOs to apply to become MAPs under them.

“The key questions are; based on the price of each meter, single or three phase, what is the share accruing to the DISCO and what is left for the MAP, who are expected to pay installers who will be engaged to carry out ‘last mile’ services of actually installing the meters in the customers’ premises?

“How many of the MAPs are actually manufacturers of meters? A substantial number of the MAPs approved by the NERC are simply importers of meters. They do not even assemble the meters locally.

“Why has NERC not provided any revenue protection to licensed Installers who got their licenses from it? A lot of the Installation companies working under the MAPs are seriously underpaid for the services they provide because the industry regulator has left them to the whims and caprices of the MAPs and DISCOs”.

To solve the meter problem in Nigeria, the federal government and NERC must accelerate efforts to amend some sections of the EPSR Act 2005. Attempts to amend these sections in the past have always been stymied “because the vested interests in this sector remain very powerful and are always prepared to use all means to protect their interests,” the industry source said.

The major amendment should be focused on the repeal of Section 67, subsection 1B stated above. There is an urgent need to disengage the DISCOs from the task of Metering and Revenue Collection in the Sector.

A new class of license holders should be created by bringing in renowned Meter Manufacturers like Landis+Gyr (annual manufacturing capacity of 11.5 million meters) and EDMI (annual manufacturing capacity of 10 million meters), who can easily set up massive assembly plants and create even more employment opportunities in the sector. Most of the present players who claim to be meter manufacturers in Nigeria, according to industry watchers are simply quacks and at best importers “looking for the opportunity to access cheap government funds”. The only company that actually manufactures meters amongst the present MAPs is a South African based company working with one of the Lagos based DISCOs.

When renowned meter manufacturers with very good track records are encouraged by the regulators and operators to come into the country, they can quickly deploy huge numbers of meters, allow customers pay in instalments, collect the whole revenue for the sector and remit to NBET and ensure that the technology in Advance Metering Infrastructure (AMI) is always upgraded.