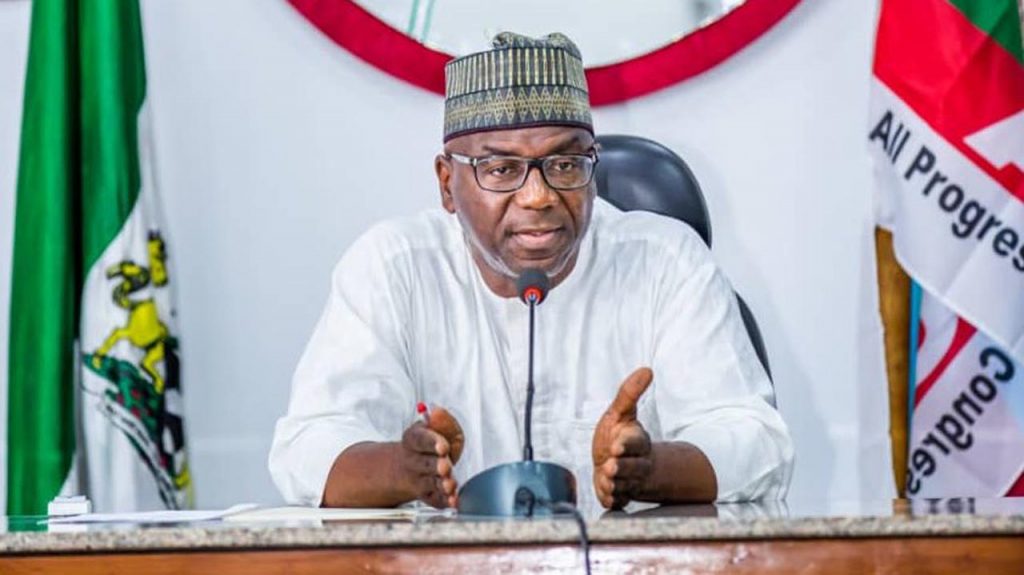 The details of payment of life pensions to former governors across the 36 states in the country, and the names and details of such ex-governors and other government officials collecting pensions, may soon be disclosed to Nigerians. This is because the Socio-Economic Rights and Accountability Project (SERAP) has won the latest round in the legal battle to compel the 36 state governors to disclose those details. Justice Folashade Giwa-Ogunbanjo of the Federal High Court, Abuja has granted leave to the applicant to advance its case to compel the 36 state governors to disclose details of payment of billions of naira of tax-payers’ money as life pensions to former governours and other ex-officials under their respective state pension laws between 1999 and 2019.
Justice Giwa-Ogunbanjo, in granting leave, stated: “After going through the application filed by SERAP supported by 18 paragraphs affidavit, with supporting exhibits, statement of facts, and verifying affidavits and written address in support, leave is hereby granted for SERAP to pursue its suit.” The judge granted the order, following the argument in court on an ex parte motion by the applicant’s counsel Mr. Kolawole Oluwadare. The applicant had in the suit number FHC/ABJ/CS/19/2020 sought “an order for leave to apply for judicial review and an order of mandamus to direct and/or compel the 36 state governors to publish names and number of former governors and other officials that have received pensions and the total amounts received between 1999 and 2019 and have at the same time served and/or serving as members of the National Assembly.”

The suit followed SERAP’s Freedom of Information (FoI) requests dated December 9, 2019 to the governors, expressing concern that: “granting pension for life to ex-governors and other officials represents the use of public office to advance private interests, suggests the misuse of legitimate discretion for improper reasons, and has created a more cynical public view of politics and politicians.” According to SERAP, only two governors—Mr. Ifeanyi Okowa and Mr. Abdulrahman Abdulrazaq of Delta and Kwara states respectively responded to its FoI requests. Although Mr. Okowa directed his Head of Service to send the details requested, no information was received as at the time the group filed the suit.

The group also stated that governor Abdulrazaq provided a copy of the pension law and list of former governors and ex-officials receiving pensions in Kwara State under the state’s Governor and Deputy Governor (Payment of Pension) Law, 2010. The state also named Cornelius O. Adebayo; Mohammed Shaaba Lafiagi; Sayomi Simon Adediji; Bukola Saraki; and Ogundeji Joel Afolabi as recipients of life pensions in the state. “However, the governor did not state the amounts that have so far been collected, and whether the state would pursue recovery of the pensions paid,” SERAP declared.

The applicant is also seeking “a declaration that the failure of the 36 state governors to provide SERAP with the requested information on Pension Law in their respective states as requested constitutes a breach of SERAP’s right under the FoI Act, 2011, and for such further order(s) the Court may deem fit to make in the circumstances.” Part of the suit reads: “There is a statutory obligation on the 36 state governors, being public officials, to proactively keep, organize and maintain all information or records about its operations, personnel, activities and other relevant or related information or records such as payment of pensions to former governors, in a manner that facilitates public access to such information or record. The public interest in the disclosure of details of payment of pensions to former governors and names of the recipients of such pensions sought by SERAP outweighs any private interest the 36 state governors may be protecting.

“The suit is in the national interest, public welfare, public interest, social justice, good governance, transparency and accountability. There is no justifiable reason for the governors to refuse to provide SERAP with the details of payment of pensions and other related information requested. Public officials should not encourage, sustain, or implement jumbo pension laws that show an appearance of conflict of interest, impropriety or create situation of personal enrichment. The pension law negates the duty to act honestly and to represent the needs and concerns of the people, and to refrain from activities, which interfere with the proper discharge of public functions. Those who manage the resources of the state ought to protect the interest of the people in their states. Public officials while entrusted with duties and discretions are not to act in their own best interest, but to discharge those duties and exercise those powers in the interests of the public.”

Following the decision by Justice Folashade Giwa-Ogunbanjo, some lawyers have reacted with a renewed call for the abrogation of the obnoxious laws. Abuja based advocate, Chief Joe – Kyari Gadzama (SAN) said the laws by respective houses of assembly approving jumbo pension schemes for life for ex-political office holders is unconstitutional and illegal. “The pension scheme is both unconstitutional and illegal. The pension scheme must be rescinded forthwith. The only legal hurdle to cross is that most of the states had already passed obnoxious laws to provide the requisite legal regimes, but the same legislatures can abrogate it. The present economic atmosphere both locally and globally is not supportive of the sustenance of the sucking and killer pension scheme,” he declared.

Similarly, Lagos based lawyer, Dr. Paul Ananaba (SAN) explained that the pension laws were made based on political considerations. He decried the fact that some states made laws to back up the wrong practice and commended states that have reversed it. “Governors are not civil servants. They are elected not appointed. Their election is not pensionable under the Pensions Act. They get elected for a maximum of 8 years, compared to civil servants that spend years in office before retirement. This is a heavy burden on the already crushing exposure of the states,” he stated.

Immediate past president of the Campaign for the Defence of Human Rights (CDHR), Mr. Malachy Ugwummadu, also a lawyer, explained that the disproportionate terminal entitlement for political officer holders was wrong. According to him, the lawsuit against it emphasises the general sentiment that they have remained insensitive and impervious to the sustained campaigns against such. He said: “Sustaining such disproportionate and incongruous retirement payment regimes for long serving civil servants and political office holders who, at most, served their states for a maximum period of eight years, unwittingly widens the economic gap between the ruling class and the governed. In the event, the same move is recommended for other states where meagre resources designed to take care of pensioners are now diverted to service people who have looted the treasury of their respective states and also drawing jumbo salaries from their “retirement home” which is the Senate. This has direct negative effect on social harmony and security. It is gratifying that the matter is already a subject of a live case.” Ugwummadu lamented that the same retired state actors are entitled to choice homes in the State capital cities, where they governed and curiously at Abuja too; periodic brand new vehicles; full compliments of domestic staff including drivers and medicals. Those, he pointed out is applicable to Lagos, Kano, Akwa Ibom and Rivers States amongst others.

Mr. Stephen Azubuike, who practices law in Lagos, said the development shows that many Nigerian political leaders demonstrate high level of insensitivity to the current economic condition of the country. “The high cost of governance is only evidence of the true state of affairs in the system. Our leaders pursue political power primarily for personal economic gains. When you talk of Jumbo Pension for former Governors, then the point we’re making becomes a lot clearer,” he quipped.

Vocal lawyer, Chief Goddy Uwazuruike said payment of pension to former office holders, who are current political office holders, is “scandalous.” According to him, the practice of rewarding people with pension side by side with salary is evil.

“The All Progressive Congress (APC) attacked then Senate President, Bukola Saraki, on the suspicion that he was receiving payment from Kwara government. Saraki rejected this. He even championed the abolition of such payments. Today, Saraki is out of the picture but the sanctimonious APC campaign against jumpo pensions has been abandoned. Today, the APC controlled legislature and executive had condoned this humongous payment. I condemn the practice with all men of goodwill,” Uwazuruike stated. For the director of Legalpedia Nigeria Limited, Mr. Emeka Albert, the attorney general of the federaton ought to have challenged the laws passed by the states to legalise the outrageous pension benefits. While urging for urgent reversal of the laws, Kano based lawyer, Abubakar Sani stated that the example of Governor Hope Uzodinma, who stimulated his state house of assembly to repeal the law, ought to be followed by other states that have such laws. They should be scrapped in tune with the current economic realities induced by the COVID-19 pandemic,” he advised.