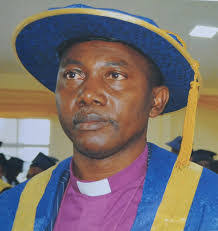 How would you describe your five-year tenure as vice chancellor of Ajayi Crowther University?

The five-year tenure has been very hectic. I met the university where the previous vice chancellors left it, as I only came to build upon their foundation. Usually, there is always the problem of under-funding with private universities, but we were able to overcome that challenge substantially and also ensure we made life comfortable for the students and staff. God has helped us during the five-year tenure to build and rebrand the university.

What would you regard as your achievements during that period?

One major action that I took when I came in newly was to shut the gates of the university. No student was allowed to move out of the school without prior authorization. Of course, when I assumed office, I expelled more than 45 students, including children of bishops, senior clergymen and other prominent personalities. My first achievement was instilling a sense of discipline in the students. Another was promoting spirituality, which inspired the drive for community service. Community service is a period set apart for corporate worship in a day of the week and it was mandatory for every student. To the glory of God, we brought in what we call ‘the moral code.’ It became part of their continuous assessments and was a requirement for graduation. Students were scored on that basis, even if a student comes out with a first class but fails in community service, he is not qualified for graduation. So, community service is a course on its own to enhance students’ spiritual and moral life. We combine learning with the fear of God; morals and character. Moreover, we made it more convenient for students to pay their tuition fees in three installments, without increasing the fees. I met four faculties, and we were able to establish newer ones: Faculty of Education, Faculty of Environmental Studies, Faculty of Basic Medical Sciences, Faculty of Agriculture, Faculty of Communication and Media Studies, Faculty of Engineering, Faculty of Social Sciences, among others. In total, eight new faculties were established, plus additional programmes in the existing faculties with full accreditation; new programmes like Theatre Arts, Music and Political Science. In addition, I have established the School of Postgraduate Studies. We have the Post Graduate Diploma; PGD, Master of Science; MSc and PhD in most of the programmes. I also started the MBA programme. Also, the HND conversion programme for HND and Diploma holders. I also started the Centre for Foundation Studies, JUPEB.

Significantly, we were able to establish ACU Radio, which is the only one in Oyo town. More to, the network of roads tarred in the school was done by my administration. I have also established three new campuses. There are about 23 buildings in the College of Medicine. Summarily, all the buildings constructed during my time are about 100.

How would you describe the reception by your staff?

I’ve enjoyed my stay. They are very cooperative, once they know that their leader won’t take nonsense, they will sit up. I have been leading by example. I’m not just a sit-down vice chancellor who issues orders; I lead.

The coronavirus Pandemic has been very disruptive. Are you comfortable with the protracted blanket closure of tertiary education institutions?

As a university, we were earlier prepared for any eventuality. The closure brought about the challenge of teaching using the virtual approach or online to aid learning. We bought a new server, paid for it in America and we are able to conduct examinations online. We have concluded the session using the online mode. By next week or week after, we will be graduating our students. Their certificates will be signed after Senate sitting, in preparation for convocation. We have not been adversely affected. We have immunity against the effect of COVID-19 through proper management and prayers.

How were you able to solve the problem of under-funding?

After five years, I am leaving this university poorer than I assumed office. This means I have not stolen a kobo from their money. I’m not a rich man; I could not have assisted the university with my own money. However, with the little that came in through school fees, we managed it well. Also, with team work, we have achieved a lot.

As an outgoing vice chancellor, what policy or legacy have you set in ACU that you want your predecessor to sustain?

The first thing is discipline. Spirituality is also key because this is a Christian university and we must be proud to produce people who can be transformed in their character and way of life. So, I want the spiritual dimension of a community worshipping together to be maintained. Another is academic excellence and hard work. Ever since I assumed office, we have reduced the failure rate. There were about a total of 103 students in third class but as at the last convocation ceremony, we produced 42 first class students. A number of our students have inventions. For instance, one of the final year students produced an automated hand-washing machine. I will also want that to continue.

Significantly, I want the legacy of a father-to son or father-to-daughter relationship between the students and the in-coming vice chancellor to continue. The legacy of a fatherly care is essential. I didn’t run this university as a vice chancellor but as a man of God. I’m a pastor; a bishop of the Anglican Church. I ran ACU as a school principal or primary school headmaster. This implies that I was involved. I visited the hostels and I was open to complaints. Whenever any of my students fell ill, I was there to monitor treatments administered. I monitored my students and they as well saw me as a father. I protected them from harassments from lecturers. If my successor runs this place as a vice chancellor, sitting down or only presiding over meetings, it won’t work.He should be seen as firm, no-nonsense person but who listens to the plea of the students.

You declined an opportunity to serve for another term. Why?

Yes, because of the good works I did, I was given another chance, glory be to God. You know, it is not common; you are not giving somebody money, he has built 100 plus houses, he has established three new campuses in three different locations. The official cars I met here were just about four or five; during my tenure, we have bought 37. There was never an inaugural lecture before I came; we have done 20 inaugural lectures – which means I have appointed 20 professors. These are uncommon favours and I return all glory to God. The burden on me was too much, so leaving is a relief. Another thing is that it is in the law of the university system that no longer shall vice chancellors serve more than two terms, because it brings acrimony. Another reason is that our law in the university states that a vice chancellor shall stay in office for a single non renewable term of five years. There are many professors who are ready to take this job, so nobody should see himself as indispensable. We are mere human beings; let us just thank God for grace, but for me, I am glad that I am escaping.

Don’t you see it as an opportunity to render a selfless service?

Am I the only one who can render selfless service? Let others also come and render selfless service. The bottom line is, even this one I did, they begged me to take the job. I did not want to take it. In 2010, they offered me the job, I did not accept it. I turned it down. You see, when you are alone just doing your job, you are not carrying burdens. You just do your work and they pay your salary; but when you are a leader, the students, the cultists, those who are immoral and you are disciplining will fight you; the staff, no matter how well you have done, will fight you; even the people who sent you here, because you don’t allow them to fill this place with all their candidates looking for jobs, they will fight you. The parents whose children you expelled will see me preach in church and say VC, I like your sermon, but you are the one who expelled our son. So, I think my selfless service is enough.

You are a priest, what are your plans going forward?

I am a professor. I have been a professor for almost 20 years. I’ve been in the university system for 36 years. I will return to my department in the Lagos State University to continue teaching my courses under my head of department. I may also be made to head of a diocese anytime there is a vacancy. Ministry-wise, I don’t know where next God is taking me, but wherever He leads me, I will go.