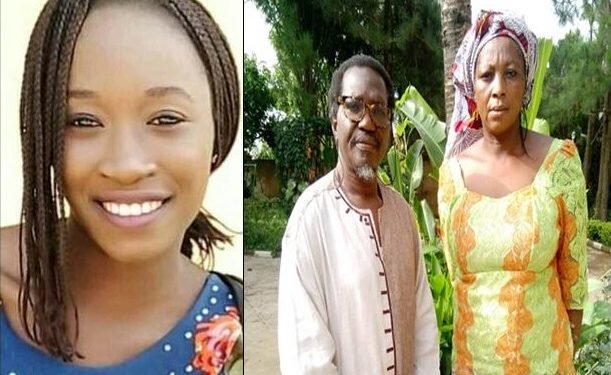 On April 30th, 2020, Leah Sharibu spent 800 days in Boko Haram captivity. The whole world is on full or partial lockdown right now because of COVID -19. Not many people like this new reality and new normal of abnormality. However, Leah Sharibu would be spending 814 days in lockdown as she celebrates her 17th Birthday on May 14th, 2020.

What a tragic leadership failure of our time. What appeals have we not made to Mr. President, Muhammadu Buhari? What else must we do to convince this President to act to free young Leah? Leah mirrors the plight of neglect suffered by many countless citizens of this country due to his failure to address the insecurity of Nigeria which has been characterised by so much crazy impunity.

How the President Buhari manages to go to sleep beats my imagination. Mr. President, please listen to the appeals of Mr. Nathan Sharibu, Mrs. Rebecca Sharibu and Donald, the younger brother of Leah. Listen to our appeals also- within and without the country.

Where is your humanity? If you do not act decisively to bring Leah out of captivity who else would do this? At 17, Leah should have ordinarily been graduating from SS3 – but unfortunately Boko Haram’s forced lockdown on Leah due to her Christian faith will deny her this opportunity. Her education is being truncated in a country which places high premium on girl child education. Mr. President, why are you looking the other way? Why are you turning a blind eye to Leah Sharibu’s personal direct plea to you since September 2018? Indeed, such pleas are not just for you to free Leah Sharibu but we are talking about several others in captivity such as Alice Ngadah, Grace Tuka, Lillian Gyang Daniel the 100- level university of Maiduguri student kidnapped on January 9th 2020 on her way to resume her studies.

The remaining Chibok girls, about 103 of them are still in captivity. When will you rise up President Buhari and act to show that you are the leader this nation needs in securing the security of your citizens; which matters most? Listen to our appeals. ACT NOW to set Leah Sharibu and others FREE.

Leah Sharibu was born on May 14, 2003. She was among 109 Dapchi school girls that were kidnapped in Dapchi, Yobe State, Nigeria on February 19th, 2018. Four of them died during the abduction and 104 girls were later released by the terrorists through negotiations by the Federal Government of Nigeria on March 21st, 2018.

However, Leah was held back because she refused to convert to Islam as the Boko Haram, ISWAP splinter group demanded. It’s now two (2) years since this happened and Leah has not been released back to her family. The level of physical and emotional trauma she must have gone through at such a young age should never be experienced by anybody.

Her parents are traumatised beyond words. Each time I discuss on phone with her parent this reality comes through. All I am able to do is encourage them to have hope in the God who owns the future. To have faith in the ONE who will act justly both physically and divinely.

A 14-year-old girl child has been denied the right to practice her preferred religion of choice. Her rumored forced marriage and conversion to Islam remain the shame of a nation. Her right to freedom has been trampled upon. She is not only a prisoner of conscience but one whose education has been undermined and the government has done nothing about it.

At 17, this teenage girl child is painfully seeing her dreams of entering the university forcibly delayed and halted by the forces of terror; and those who are unable to end such impunity. Her hopes and future aspirations are right now hanging on a limbo! What a country! What a leadership!! Nigeria has failed Leah!!!

But it is never too late. Who knows what Leah will become in future and that she may be a major positive impact on her society? When Leah is released, she will still live to fulfill her dreams by the grace of God. This is my prayer and faith.

No female girl child should be put in such position of helplessness and hopelessness. Leah has the right to religious freedom just like everybody else, and she should not be denied this. It is her fundamental human right. The Church in Nigeria, and around the world, needs to do more to bring Leah out of captivity and lockdown. We need collective corporate action in fighting this social injustice. The studied silence of the global community is very frightening. Otherwise, how could one explain the seeming non-concrete action on the part of the international community in compelling the Nigerian government to free this innocent teenage girl, kidnapped at the young age of 14?

The world’s continuous silence is fast becoming a global conspiracy which history will never excuse. I believe we should make our voices heard and count. Leah Sharibu’s family should be given every form of spiritual, psychological, emotional and moral support. The same should be extended to several families who have their loved ones presently in Boko Haram’s induced lockdown of all time, in the history of Nigeria.