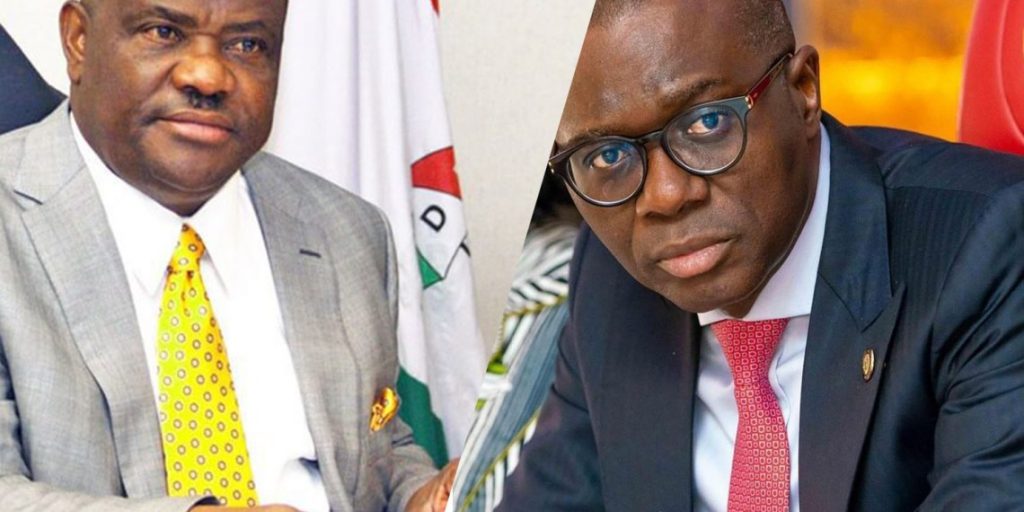 Lawyers have expressed mixed reactions to Friday’s ruling of the Court of Appeal in Abuja, which ordered parties to the Value Added Tax (VAT) collection dispute to “maintain status quo ante bellum.”

The Federal High Court in Port Harcourt, Rivers State capital, had in a judgement declared that the Federal Inland Revenue Service (FIRS) had no constitutional backing to collect VAT in the state, thereby clothing the Rivers government with the power to do so.

However, the federal revenue agency was dissatisfied with the trial court’s verdict, and subsequently approached the Court of Appeal to stay execution of the decision.

A three-member panel of the appellate court, ruling on the application, ordered the parties to “maintain status quo ante bellum.”

Haruna Tsanami, the judge who delivered the lead ruling of the panel, held that since parties had submitted themselves to the jurisdiction of the court for adjudication on the issue, they must not do anything that will destroy the subject matter of the appeal.

The suit was then fixed for 16 September, 2021, for hearing of an application by the Lagos State government to join the suit.

Lagos State needed to apply to be joined in the case because it was not part of the case at the trial court.

FIRS in its appeal marked CA/PH/282/202 is praying the court to set aside the judgment of the Federal High Court, in Port Harcourt, which granted power to the state government to collect VAT.

Lawyers weigh in on ruling

Since Friday, lawyers have expressed divergent views on the implication of the Court of Appeal ruling ordering parties to “maintain status quo ante bellum.”

Kurtis Adigba, a constitutional lawyer and public affairs commentator, in his interpretation of the ruling, wondered why courts in Nigeria engaged in what he termed “constructive ambiguity,” which left the public and even parties in a legal quandary.

“The court gives you a judgement and you are left struggling to understand what it means,” Mr Adigba said.

He explained that the term “maintain status quo ante bellum” in legal parlance means parties going back to the situation they were before the suit was instituted.

Interpreting the appellate court’s ruling on the unfolding impasse between the FIRS and the Rivers State government, Mr Adigba said: “States were collecting VAT for the federal government, but now they decide to collect VAT for themselves.

“Maintain status quo ante bellum in the instant case simply means states should still collect and remit VAT to the federal government until the matter is determined,” he explained.

The Lagos-based lawyer further clarified that the Court of Appeal’s ruling was not binding on Lagos State government as it was not a party to the appeal as of the time Friday’s order was issued.

On his part, Kayode Ajulo, a lawyer, said it was elementary position in law that when a matter is before the court, “parties are supposed to hold on, in order to preserve the subject matter.”

Urging parties to refrain from taking steps that would affect the subject matter, Mr Ajulo said “status quo ante bellum’ means as things were before going to court.”

“It means the situation parties were before they decided to go to court.”

But a Senior Advocate of Nigeria, Ebun-Olu Adegboruwa, said once a court is ceased of the facts of a case, parties are to allow the court determine the issue on the merit.

“Clearly, the ‘status quo ante bellum’ was before the breakout of the hostilities.

“It means the position the parties were at the time the order was made,” Mr Adegboruwa who featured on Channels TV’s programme on Friday night said.

Mr Adegboruwa clarified that the appellate court’s order had no effect on the Rivers and Lagos States Houses of Assembly legislations authorising the collection of VAT by the States.

“I do not think the order of the Court of Appeal will extend to the laws duly passed by the Houses of Assembly of Rivers and Lagos state in respect of VAT,” he said.

Further analysing the Court of Appeal ruling, Mr Adegboruwa said the appellate court cannot stay the execution of a “declaratory” judgement of a lower court.

“The judgement of the Federal High Court in Port Harcourt was declaratory; it only declared the right of Rivers State to collect VAT, no order was made.

“In law, the appellate court cannot stay the execution of a judgement that only declared rights.”

He explained that the Rivers State government is empowered by the new law passed by its House of Assembly to collect VAT, adding, “The new legislation is not a subject of any litigation.”

“The FIRS cannot collect VAT because the Court of Appeal asked it to maintain status quo.

“For Rivers State, it cannot rely on the Federal High Court judgement to collect VAT, but it can fall back on the law that is in existence because the law has not been stopped by any court in Nigeria,” Mr Adegboruwa said.

The Federal High Court in Port Harcourt, had in a recent landmark judgment, held that it was unconstitutional for the FIRS to collect VAT and personal income tax in Rivers State.

Besides that, the court ruled that Rivers State government, and not the agent of the Federal Government – the FIRS – was authorised by the Nigerian Constitution to collect personal income tax in the state, PREMIUM TIMES had reported.

Emboldened by the court order, both Governor Wike of Rivers State and Governor Babajide Sanwo-Olu of Lagos State had signed into law bills authorising the state governments to collect VAT, a move being resisted by the FIRS.

The move has heightened the national debate on Nigeria’s ‘uneven’ fiscal federalism.

The Nigerian government in February 2020 increased the VAT rate from 5 per cent to 7.5 per cent, while it had anticipated a deficit of N2.18 trillion ($6 billion) for the 2020 budget.

While signing the bill into law, Mr Wike said the federal government had been perpetuating illegality through VAT collection by FIRS, and that the various states in Nigeria have been “strangulated financially” and reduced to “beggars.” The Lagos government also toed the same path on Friday.