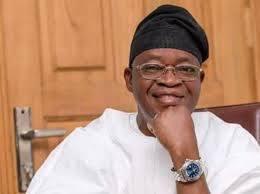 Following the ban slammed on Okada in Lagos State, the Osun State Government has stopped the fresh registration of motorcyclists in the state.

The State Governor, Sanwo-Olu had said that the ban was due to security and safety issues.

The governor in a statement by his Special Adviser on Works and Transport, Toke Olaniyan, said the decision was to avoid those from Lagos trooping into the state.

“We have suspended the registration of new commercial motorcyclists in Osun state.

“This is in order to prevent those Okada riders who lost jobs in Lagos State from entering the state.

” Presently, we have issued a statement to stop further registration for fresh Okada riders and operators.

“Osun would soon commence registration of motorcycle owners and riders.

The governor urged residents to report any strange motorcycle operator to the security agencies.”

Newsmen reported that the ban, which took effect from Saturday, February 1, resulted in some Lagos residents getting
stranded at bus stops while others were seen trekking to their respective destinations.

However, the Lagos state Governor, Babajide Sanwo-Olu on Tuesday insisted that the ban has come to stay permanently in the
state.