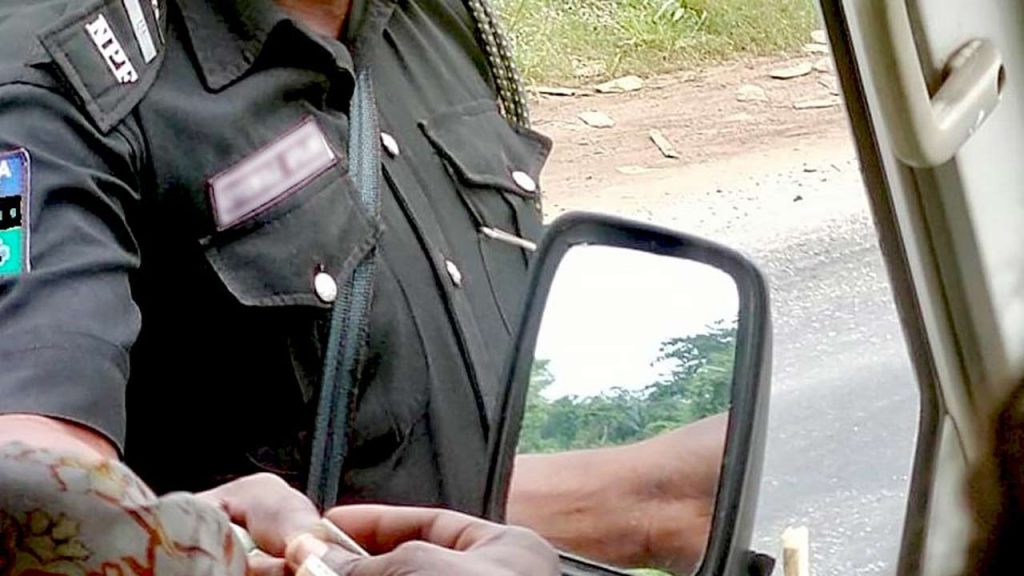 Normally, a journey from Lagos to Asaba in Delta State should take about six hours, all things being equal in a country where they are hardly so, including good roads.

Because of COVID-19 pandemic, which has occasioned numerous duplicate and unnecessary roadblocks and checkpoints, such journey could take over eight hours if travelling in a private vehicle and over 12 hours in commercial vehicles.

Interstate travel ban, which has now been lifted, created an opportunity for some security operatives to “help” themselves through “collections” on the highway.

There were all manners of them in different types of uniforms, ranging from policemen, soldiers, men of the Federal Road Safety Corps (FRSC), Nigeria Customs Service (NCS), states’ enforcement officers, Lagos State Traffic Management Authority (LASTMA), including overzealous touts working (collecting money) for them on the roads.

Some of the checkpoints were manned by as few as two policemen, with their superiors seated somewhere not too far away, but on the alert, while others, especially at boundaries between states, had as many as 15 different officers answerable to different superiors.

With over 100 checkpoints between Lagos and Asaba, not to talk of soldiers, many wondered how many policemen were then left to undertake routine duties in Lagos, Ogun, Ondo, Edo and Delta states on that stretch of road?

Some of the roadblocks were so close that sometimes, you could see the next one a few metres away; it was an opportunity they must have been waiting for. When it rained, some roadblocks were deserted, yet a few policemen would not leave. And when they are drenched, motorists dared not argue or waste time, else they were made to disembark and get wet too.

Why were so many people on the road when a ban on interstate travel was still in force?

“We have to travel for some reasons. We would not have travelled if there were no vehicles plying the route and we had to pay double the normal price for this trip,” explained John (surname withheld), a passenger in an Onitsha-bound Toyota Sienna car.

“Me, I am going for a burial in Imo State. I had to travel because there were vehicles and they collected double the normal price.

“The driver has been settling these people right from Lagos and has appealled to us to support him, saying the number of roadblocks was more than he estimated,” added a female passenger in another vehicle parked by the roadside.

“We are even tired already and we don’t know when we would get home; there are too many checks on the road. It is as if they all poured to the road to collect money. Is it that their superiors don’t know what they are doing here,” a female passenger asked rhetorically.

Ebuka (surname withheld), a transporter plying Lagos-Owerri route said he had been making such trips even with the ban on interstate travels.
“All we do is settle the policemen and soldiers on the road and they let us pass. It is a matter of money.

“But the roadblocks are too many today. I wonder how many policemen are left at the stations. Some will collect N200, while most collect N500 and soldiers collect between N1000 and N2000.

“We are tired of sitting at home doing nothing while the bill keeps pilling up. It is from this means that we feed our families and sustain ourselves. If we don’t work, we won’t eat,” he stated.

Reminded again that they were supposed to remain at home, Ebuka said: “If I don’t work, who would feed my family? Is it government or these politicians ruling us in Nigeria?

“My worry now is that I don’t know when we would get to Owerri with all these stops here and there and how much I will have spent by the time we get there, as I am likely to have spent more than budgeted, thereby reducing my own profit.”

“Initially, I was not travelling, but when I saw my colleagues going and coming while I struggled to eat, I had to join them. At least at the end of the day, I would get something. It is better than doing nothing or begging for food, as a man.

“But if things continue like this, I would stop, because it be like monkey dey work, baboon dey chop,” noted an Asaba-bound transporter, who identified himself as simply Okpara.

On Wednesday, June 24, even with a ‘Letter of Pass for the purpose of travel for burial,’ between June 23 and 30 from the Presidential Task Force (PTF) on COVID-19, that journey took over 12 hours, no thanks to the numerous ‘checks or collection point’ and roadblocks mounted to aid that.

As early as 7am, policemen, working with aggressive and overzealous touts whose eyes scanned vehicles from one lane to another, were already at the flyover bridge in Oshodi, inward Oworosoki, supposedly enforcing social distancing, but ostensibly extorting motorists and causing traffic hold up.

It took the intervention of their superiors to let go, even with the PTF Pass, which the junior officers never bothered to look at before shouting “park, park there,” pointing to a side of the road, as if it was created for that purpose, calling one of their colleagues to take charge.

That was the baptism and perhaps a sign of what was coming on the journey.

At the boundary between Lagos and Ogun states, there were fewer bottlenecks, but that increased as the movement progressed towards the Sagamu highway. At every point, the road was blocked with logs of wood and narrowed to one lane. Motorists were made to part with between N200 and N500 for Police checkpoints and between N1000 and N2000 for military checkpoints.

While the policemen collected directly, the soldiers, except at few points, employed touts to do the collection for them, as they watched or relaxed nearby. The difference is well known to the motorists.

Refusal to pay immediately or delay in doing so attracted shout of “park, park,” pointing to a corner and drawing the attention of colleagues, who sometimes were their superiors. While some did so with their guns hanging on their shoulder, others had their fingers close to the trigger, and in a country where accidental discharge is common, no one wants to fall victim; hence negotiation starts once the motorist is made to park by the roadside.

If you are travelling by commercial vehicle, they know and would ask for their own share. Even with a Pass, you hear, “ehen, I don see am. You get paper. Na that one I go chop? Give us our own paper.” If you were ready to do their bidding, the coast was cleared, but any reluctance or delay doing so resulted to delay of the journey.

With a Pass and a poster on the bonnet and rear windshield, if you tried to explain why you should be let go, the policemen would collect the Pass and squeeze it into his pocket and continue to attend to oncoming motorists. You are made to disembark and go back to meet and negotiate a way out. And you hear, “He/she don die, may his/her soul rest in peace. Oya, give us when dey alive something,” and it could be as low as N100, with “at all, at all na winch.”

However, a few of them, humane enough to understand the pain of losing a loved one, would let you go.

The boundary between Ondo and Ogun states was a beehive of activities. It was doubtful if any Nigerian border post could be as busy as that at any particular time, with all manners of security and civilian operatives extorting motorists, independent of one another. It was also difficult to say who was in charge of coordinating all of them, as they did their own things separately.

On both sides, the three-lane highway was narrowed to one and the queue was as long as half a kilometre and chaotic at some point, depending on the time of the day, even as motorists and passengers groaned.

For these men, all that mattered was what they were ‘collecting,’ not even the blaring of siren from an oncoming convoy would deter them. A motorist would only be lucky not to part with something if the convoy got too close behind, in which case, they would be asked to move on just to allow the convoy pass.

Whether the convoy was conveying a superior officer or senior government official was not considered a problem, as senior officers were not likely to caution their juniors on the road; hence the juniors would say, “ehen, him dey him work, me I dey my own.”

For passengers and motorists, it was agonising and expensive travelling to the southeast from Lagos due to these checkpoints. And with the lifting of the ban on interstate travels, perhaps only the border roadblocks would disappear, although they could reappear somewhere else.