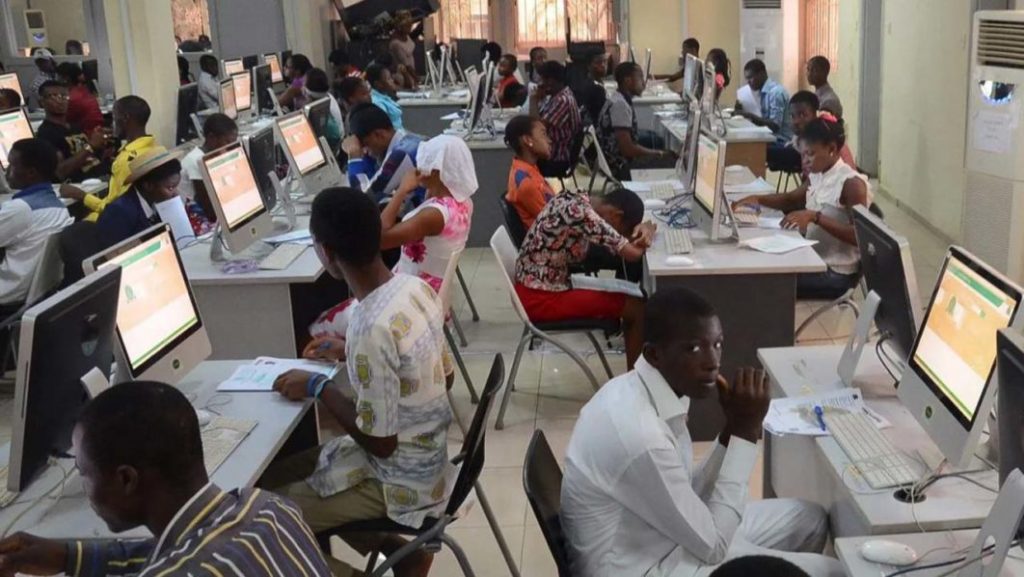 The Joint Admissions and Matriculation Board (JAMB) has paraded two of its staff members who extorted money from Unified Tertiary Matriculation Examination (UTME) candidates with the promise to help them secure university’s admission.

The affected staff, Mr Andy Okoro, a level 12 officer in Delta State JAMB’s office, said he collected N500,000 from four candidates’ parents, out of which he paid N180,000 to a colleague, Gambo Ibrahim Abba, to help facilitate their admission.

The bubble burst when one of the parents in Delta State petitioned JAMB on Okoro’s activities, a move that prompted the Board to open up a deep investigation into the issue.

A mild drama, however, ensued when his accomplice, Gambo, who had earlier claimed he was into fish business with Okoro, later admitted that his involvement in the act might not be “ordinary.”

Gambo, a level 8 officer at JAMB headquarters, said he was probably hypnotised by Okoro to engage in the shady deals, adding that he only got to know him by phone last year through a third party.

“It was not ordinary, he was just calling me, I don’t know him, he lured me into this when he convinced me that he has been into it for a long time,” he lamented.

Registrar of JAMB, Prof. Ishaq Oloyede, who expressed surprise that the affected staff defied the Board’s zero tolerance for corruption, vowed to ensure they face the full wrath the law.

“Anybody who engages in sharp practices, no matter who the person is, shall not be protected by the Board because the Board has zero tolerance for corruption,” the JAMB boss said.

Prof. Oloyede called on parents and candidates not to allow anyone collect money from them on the guise of helping to secure admission to their choice institution as the system is now fully automated.

“What is happening now is that people know those that will be admitted, because they know by the automation this person could be admitted, and they now go and be extorting the parents of those that have already been slated for admission.

“We need to let the public know that there is no halfway to admission, nobody should bribe or give any amount to anybody whether they are JAMB staff or they are not JAMB staff. Anybody who solicit money from any parent, the parent should inform the Board.”