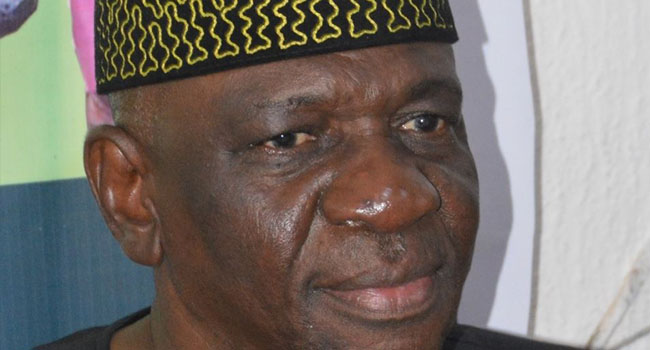 Senator Urhoghide represents Edo South in the upper lawmaking body of the country and was named by the Minister of Niger Delta Affairs, Godswill Akpabio, as one of the lawmakers who benefited from contract racketeering in reports making the rounds.

According to Akpabio, a former Governor of Akwa Ibom State, Senator Urhoghide was allegedly awarded six contracts by the NDDC, a claim the lawmaker has denied.

The Senator on Wednesday said the claim by the Minister is unfortunate, describing it as untrue and a ploy to misinform the public and his constituency in particular.

“For Akpabio to say I have been a beneficiary is unfortunate and is a wicked lie and I just believe whatever mischief he wanted to perpetuate, I think Nigerians, through my own explanation, should be able to read between the lines” the former Chairman, Senate Committee on Appropriation, told Channels Television’s Sunrise Daily.

The lawmaker claimed that “Akpabio’s records are not even correct. The contracts (NDDC) I have attracted to my constituency are in excess of eleven, adding that “he (Akpabio) does not know what is going on.”

Out of the six contracts that Akpabio mentioned, four are street lights projects which are ongoing with the contractors (gotten through competitive bidding) not paid a dime as mobilization, Senator Urhoghide said.

The lawmaker also clarified that the projects are NDDC projects in his constituency.

The NDDC has been in the news recently following a probe of the commission over corruption allegations.

During a hearing by the House of Representatives last week, the Niger Delta Affairs Minister had alleged that some lawmakers were part of those who benefited from contracts awarded by the commission.

Following the claim, the Speaker of the House of Reps, Femi Gbajabiamila, ordered Akpabio to publish the names of the lawmakers awarded contracts by the commission and equally threatened to sue the minister over his claim.

For President Muhammadu Buhari, there should be a coordination between the National Assembly for a speedy conclusion of the NDDC probe.

The Senior Special Assistant to the President on Media and Publicity, Garba Shehu quoted his principal as calling on “auditing firms and investigative agencies working in collaboration with National Assembly Committees to resolve the challenges in the NDDC must initiate actions in a time-bound manner and duly inform the Presidency of the actions being taken.”