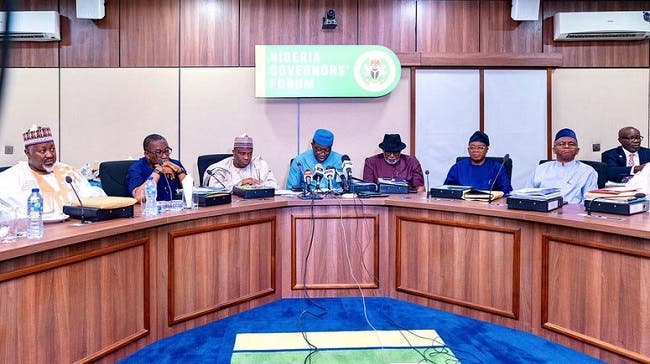 Following the review of various initiatives taken by state governments to address the rising insecurity in the country due to the activities of herdsmen, all the 36 State Governors under the aegis of Nigeria Governors’ Forum (NGF) unanimously stressed the need for the country to transition into modern systems of animal husbandry that will replace open, night and underage grazing in the country.

The resolution was adopted at the just concluded 25th Teleconference meeting chaired by Governor Kayode Fayemi of Ekiti State.

“State Governments are encouraged to put in place systems to accelerate the grazing initiative of the National Livestock Transformation Plan and ranching in the country.

“The Forum respects the right of abode of all Nigerians and strongly condemns criminality and the ethnic profiling of crime in the country in an effort to frame the widespread banditry and the herders/farmers crisis.

“In the light of the economic and security risks that have arisen from these circumstances, the Forum resolved to urgently convene an emergency meeting of all Governors,” the communiqué signed by the NGF Chairman stated.

In the same vein, Chairman, Northern States Governors’ Forum (NSGF), Governor Simon Lalong of Plateau State who gave an update on steps taken by the Governors of the 19 Northern States cautioned against the tagging of ethnic groups based on the misbehaviour of a few criminally minded individuals.

He, therefore, called on State Governors to address this matter head-on in their various states.

Following an update by Governor Abubakar Bagudu of Kebbi State, members resolved to immediately address the misinformation from the Federal Ministry of Agriculture and Natural Resources that it has so far registered 4.5 million farmers nationwide under the Agriculture for Food and Jobs Plan (AFJP), a key component of the Nigeria Economic and Sustainability Plan (NESP) designed to help mitigate the impact of COVID-19 on farmers.

On the current conversation on the COVID-19 pandemic, which is focused on making vaccines available as soon as possible to Nigerians, the NGF Chairman called on all relevant agencies and public-spirited organizations involved in the procurement of vaccines to work amicably to ensure that the vaccines arrive the country quickly.

He announced that the NGF will shortly inaugurate an advisory group of experts to provide high-level strategic guidance and support to the NGF on the procurement of COVID-19 vaccines in the short time and the local production of vaccines in the medium to long term.

The Forum also reiterated its resolve directly engage with the National Primary Health Care Development Agency (NPHCDA) to ensure that vaccines are administered equitably, first to workers who are on the frontlines of the pandemic.

The Forum also deliberated on the underutilization of fiscal facilities in the country including the Universal Basic Education (UBE) Fund, the Basic Health Care Provision Fund (BHCPF) and the Saving One Million Lives programme for results (SOML) which are meant to expand the size and scope of resources spent on health and education across all States of the Federation.

The Forum affirmed that the timely implementation of these facilities in line with the financing plans of States is vital to ensure expenditure coherence and the sustainability for several projects on primary health care and basic education implemented at the State-level, especially during this period of the COVID-19 pandemic where the demand for government intervention has been heightened.

On the Saving One Million Lives (SOML) performance for results projects, the Chairman announced that the Federal Ministry of Health, the Commissioners for Health Forum and the World Bank have resolved to distribute the outstanding funds under the Disbursement Linked Indicators (DLI 1,2) equally amongst all the 36 States of the Federation and the Federal Capital Territory (FCT).

On the Basic Health Care Provision Fund (BHCPF), the Chairman expressed concern over the delay in the payment of funds to the three pilots BHCPF of Abia, Niger and Osun States.

He urged the Federal Ministry of Health and the World Bank to urgently disburse the funds to these States using the original BHCPF guidelines for states.

The Chairman also urged NGF members to submit details of work done at the subnational level on lifting people out of poverty in response to the letter from the Presidential Economic Advisory Council (PEAC), noting that the “information will help the Council in developing a poverty reduction strategy/plan at the national level. States are expected to submit these on or 26 February 2021.”

Following the presentation that was made at the 24th NGF Teleconference meeting on enhancing States’ IGR through harmonized Traffic Management System, the Secretariat was mandated to convene a meeting of the Committee headed by Governor Babajide Sanwo-Olu of Lagos State, to further review and advise the Forum on the project.

On the States’ Fiscal Transparency, Accountability and Sustainability (SFTAS) performance for result programme, the NGF Chairman briefed the Forum on emerging concerns with the Independent Verification Agent (IVA) following the nomination of a new Auditor-General for the Federation.

He assured members that the Governor of Edo State who doubles as the Chairman of the NGF SFTAS Committee is working with relevant stakeholders to engender a final resolution that will sustain the momentum and quality service delivered by the IVA on the programme so far.

While giving an update on the SFTAS, Ajogbasile Olanrewaju, Senior Programme Manager (HelpDesk and SFTAS TA Programme) explained that all the 36 States are set to meet the 2020 Annual Performance Assessment (APA) Eligibility Criteria having prepared and published online an IPSAS-compliant 2019 Audited Financial Statements by 31 August 2020 and their FY2021 State Budgets under the National Chart of Accounts (NCoA) by 31st January 2021.

To this, he tasked State Governors to sustain high-level support for the SFTAS programme, promote an incentivised environment for participating Ministries, Departments and Agencies (MDAs) as well as State officials. They were also advised to leverage existing technical assistance on the programme and implement in full and not in part the SFTAS verification protocols for the annual eligibility criteria and Disbursement Linked Results (DLRs).

On the operations of SFTAS, the Governor Godwin Obaseki of Edo State called on members to further strengthen the institutional capacity of the NGF Secretariat to become a stronger resource and policy centre for the provision of technical assistance to states.