I am not the owner of myself, whenever I do anything I do it according to the direction of Almighty God – Archbishop Chukwuma as he celebrate 30 years of Episcopacy 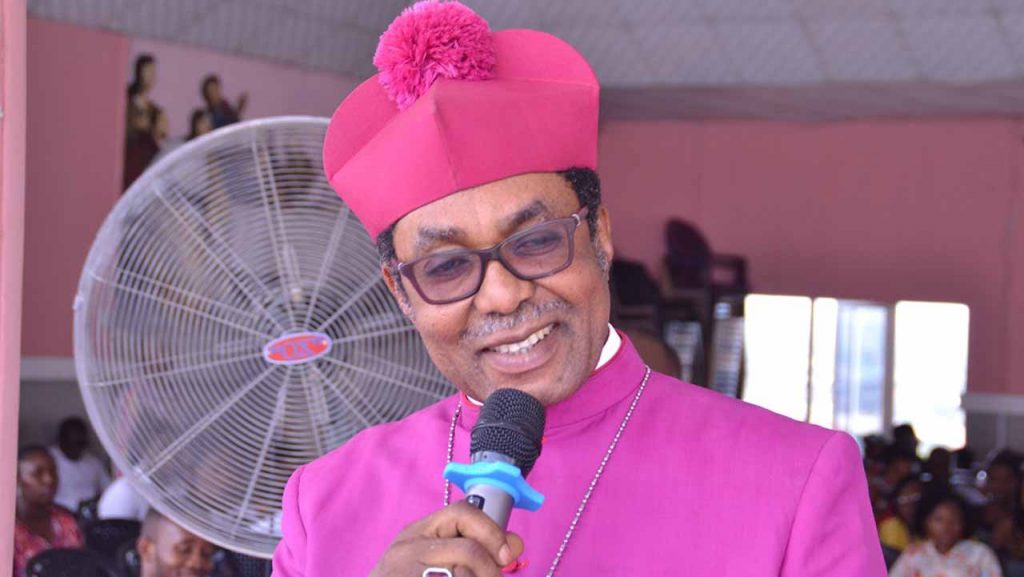 His Grace, Dr Emmanuel Chukwuma, the archbishop of Enugu Ecclesiastical Province, Anglican Communion, has said that evangelizing in an Islamic domain like Bauchi was his major challenge in his 30 years of episcopacy.

Chukwuma, also the bishop of Enugu Diocese, who celebrated his 30 years anniversary of becoming a bishop in the Anglican Communion last Wednesday, said that he was able to excel in Bauchi as the first bishop of Bauchi Diocese by the grace of God who gave him exceptional wisdom.

In this exclusive interview with Sunday Sun he told the story of his exploits in both Bauchi and Enugu Dioceses, just as he cautioned those in authority to lead with the fear of God. Excerpts:

How do you feel 30 years of being a bishop in the Church of Nigeria, Anglican Communion?

In these 30 years what could have been most challenging or your regret?

I will say one is challenges of mission in the Islamic area, because to be able to evangelize in the Islamic area like Bauchi was a very tough time, but with the wisdom God gave to me I was able to waver through because if you want to survive in Bauchi you have to be tough, you have to be friendly and you have to be wise. So, I made the Emirs my friends, when they are doing their Islamic festivals I give them gifts, when I am doing my own Christian festivals they give me gifts. I was CAN chairman for six and half years or seven in Bauchi and everybody in Bauchi State knew I was real CAN chairman because I defended the faith. I was not seen as Anglican Bishop, I was seen as the Bishop of the people and I did my best to defend the faith of Christ in Bauchi. So, it was a challenging time to defend the faith in the midst of the government and Islamic fundamentalists, which was very, very challenging particularly when they burnt our churches. It was very challenging but I am thanking God that through the help of my friends I rebuilt a bigger cathedral for Bauchi which today stands as one of the most beautiful churches in Northern Nigeria and it was very challenging task, but I took up that challenge. Coming to Enugu, it was also a very challenging time to face the dichotomy of Iborism because you find out that I came here people are talking about Agbaenu and Agbani and you begin to wonder if Enugu is just like a centre for all Igbo, Kaduna seen as centre for Hausa and Ibadan, Lagos seen as centre for Youruba how come you come to Enugu you are talking of indigene or no indigene which is one of the problems I met. It was a very challenging time, but thank God I was able to maneuver through it because I became a friend of everybody through prayers, through evangelism and they saw that I am not somebody that has come to be one sided, all I did was whether Agbaenu or Agbani, let everybody be going and I was in the middle and with the seriousness and commitment I had again to be able to meet up with what had been lost for the past 27 years. My predecessor tried his best but because of these challenges of dichotomy and the quarrels he couldn’t do much. But we thank God that for this 30 years the Lord has been wonderful, so we give glory to God that in the midst of these challenges God has seen us through. Again you find that the challenges of finance is also a problem, because it’s not easy to have money for all the projects you want to do, you have to go out looking for friends, looking for connections to be able to do most of these things to be able to help the one on ground. Then also being able to mobilize women, my wife did her best to be able to establish school, it wasn’t easy but because of her selflessness and commitment in supporting the ministry she was able to waver through also to be able to establish schools for the women which you have the primary school and the Convent and also helping in building churches in the rural areas. You also have the challenge of the government, you have to make sure that you have to be at peace with the government, like for example now, the schools that are not yet returned or handed over back to us. We are still having that challenge also and we are praying that with the relationship with the present government they will be able to return our schools to us. So, we have that challenge which we are looking unto God for. We also have the challenges of inter-religious and inter-relationship with other religions. Now you find that this islamization of whatever is a challenge and is a matter of Christians standing up to defend the faith and looking unto God as the finisher and author of our faith and not being daunted by the situation that will make us not to proclaim the gospel. Now, we are facing the challenges again of the health problem, COVID-19 which has affected the church now. The churches have not been open for almost five weeks now, so it’s a challenge, so you can now imagine how people are very much downcast in their faith particularly those who are not having that family ties to control their families to pray, but it has given time for families to come together and praying together. But again it is time that everybody must now know the church is not the building, it’s a matter of people coming together to pray. So, we thank God for it and hope that the church will come back better, stronger than it used to be before. So with all these in this 30 years of consecration we have nothing to say than to say to God be the glory because by his grace we have survived and we have also been what we are today by the grace of God and what I am.

You see everything that concerns the church, Anglican Communion lies in the hands of the bishops, and everybody minds his own diocese and I’m committed to my own diocese. Other things that could have been done well lies in the hands of the Primate and we believe in collegiality. All we do is that we maintain our constitution, we maintain our liturgy and we don’t believe in trying to import other areas of religion of family denomination and I think that has been so wonderful. We know that we are very much orthodox in some other ways, but also evangelical in other ways. The other way I think we must also look into is tribalism which I think should be eradicated because you find out they say we want our son, we want our own indigene and non-indigene, that again is what I think should be put aside because the church of God is one. I don’t believe that anything should be done on indigenous basis, he’s not our son, he can’t be a bishop, it should not be so. People should act more on the Holy Spirit on whoever God decides to elect to go and do the job. I was in Bauchi, I am not from Hausa side, but I was able to be there for eight years, nobody rejected and I came back here to meet dichotomy here, so dichotomy amongst ourselves should be eradicated, I feel we should not be electing bishops on the basis of indigene or non-indigene if we want the gospel to progress. All we should be thinking about is who is the best candidate to discharge the duty in the missionary way that it will please God and humanity?

You are seen as a very outspoken bishop, after 30 years of episcopacy, will Nigerians still see Archbishop Chukwuma vibrating?

Well I am not the owner of myself, whenever I do anything I do it according to the direction of Almighty God. I will still be myself. As God directs me whatever God puts in my mouth to say I will say. But you know as you grow in age you become more mature, so there will be more maturity and you have to do things with absolute decorum. You make sure you don’t speak like somebody who is senseless or without wisdom, so these are things which you have to really know. So, as you grow in age you become wiser and become more mature in all that you do, but more again you pray that you grow more in spirit than degenerate, so that is what I feel. I will be myself as God wants me to be.