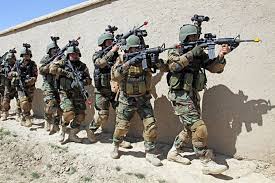 Elite Commandos of the US military have staged a military raid of bandits camp in Nigeria to free an American who was abducted in Niger Republic.

The American, Philip Walton, was abducted on 26 October by suspected bandits in a village in Niger, close to Nigeria. Nigeria has porous borders with Niger.

Officials told ABC News early Saturday that the counter-terrorism mission was undertaken by elite commandos as part of a major effort to free the 27-year-old U.S. citizen before his abductors could get far after taking him captive in Niger.

According to the report, the operation involved the governments of the U.S., Niger, and Nigeria working together to rescue Walton quickly.

It said the elite SEAL Team Six carried out the rescue mission and killed all but one of the captors, according to officials with direct knowledge about the operation. 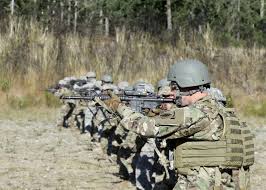 “They were all dead before they knew what happened,” another counterterrorism source with knowledge told ABC News.

The Pentagon lauded the rescue mission in a statement.

“This American citizen is safe and is now in the care of the U.S. Department of State. No U.S military personnel were injured during the operation.

“We appreciate the support of our international partners in conducting this operation.”

U.S. and Nigerien officials had said that Walton was kidnapped from his backyard last Monday after six assailants, with AK 47s, asked him for money.

But he only offered $40 USD and was then taken away by force, according to sources in Niger.

Walton lives with his wife and young daughter on a farm near Massalata, a small village close to the border with Nigeria.

The kidnappers tied up the rest of Walton’s family so they couldn’t report the kidnapping to the authorities, meaning the police were unaware of the kidnapping that lasted about four hours.

Walton has now returned to Niger, according to an official who said the ransom had not been paid.

Nigeria’s defense minister also confirmed the exemption for the AFPs.

“I confirm that the American hostage was released last night,” Minister Issoufou Katambe said without giving details of the circumstances of the release or the fate of the hostage.

According to local authorities, the kidnappers had called the man’s father to ask for a ransom, although the family did not confirm it.

Walton has lived in Massalata with his wife and son for two years, according to his father, who has been in Niger for nearly 30 years.

They raise camels on the ground and often take them to the surrounding bush.

“They were so exposed that he was kidnapped without anyone knowing,” Prefect Lele told Reuters, saying the man was kidnapped “from a nearby garden on the outskirts of Massalata.” 13 hours. Tuesday morning

Niger is the heart of the vast Sahel region, fighting a jihadist uprising that has claimed thousands of lives and driven hundreds of thousands from their homes.

The country is increasingly attacked by extremists linked to the Islamic group and al-Qaeda.

The kidnapping comes two months after ISIS-linked militants murdered six French aid workers and their Nigerian guide while visiting a natural park east of the capital.

President Donald Trump has repeatedly encouraged his administration’s emphasis on securing the release of American hostages held by militant groups abroad, as well as other detainees.

Earlier this month, two Americans held by Iranian-backed militants in Yemen were freed, along with a third person, in exchange for the return of some 250 Houthi rebels from Oman.

Nigerien and American officials told ABC News that they believed the captors were from an armed group from Nigeria and that it was not considered terror-related.

But hostages are often sold to terrorist groups.

Concern grew quickly after the kidnapping that an opportunity to rescue Walton could become much more dangerous if he was taken by or sold to a group of Islamist militants aligned with either al Qaeda or ISIS and American special operations commanders felt they needed to act swiftly before that could occur, said one counterterrorism official briefed on the hostage recovery operations.

A U.S. State Department spokesperson confirmed after the kidnapping that an American citizen had been abducted in Niger and said the U.S. government was “providing their family all possible consular assistance.”

The spokesperson declined to comment on the case, citing “privacy considerations,” but added, “When a U.S. citizen is missing, we work closely with local authorities as they carry out their search efforts, and we share information with families however we can.”

Another American, Christian humanitarian aid worker Jeffery Rey Woodke, 60, has been held hostage for the past four years since being kidnapped in northern Niger by armed militants.