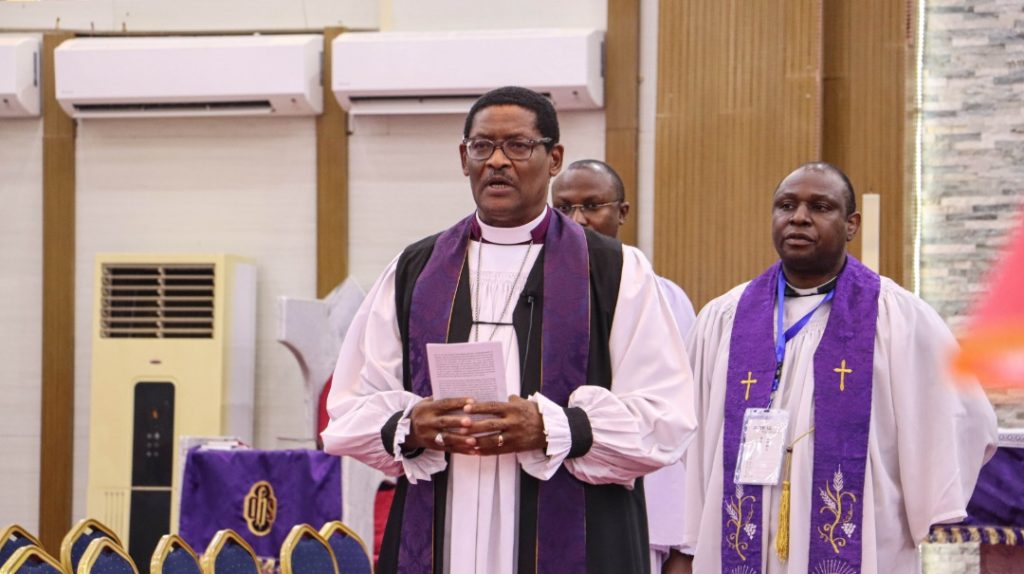 The Primate, Church of Nigeria, (Anglican Communion), Archbishop Henry Ndukuba, has described the late Queen Elizabeth II as a ‘‘Defender of the Protestant faith,’’ whose faith and personal belief in Jesus Christ guided her all through her life as an English monarch.

The Primate made the declaration in his sermon at a Service of Remembrance for the Queen Elizabeth II of Great Britain and Northern Ireland, held at the Cathedral Church of the Advent, Life Camp, Abuja.

”Her many Christmas and other messages to the nation demonstrated her personal commitment to the rich inheritance of faith in the living God.

”Her convictions on marriage, morality and the dignity of human life are rooted in the Scriptures, yet she accommodated and respected other faiths and peoples. She indeed fought a good fight of faith till the very end.’’ 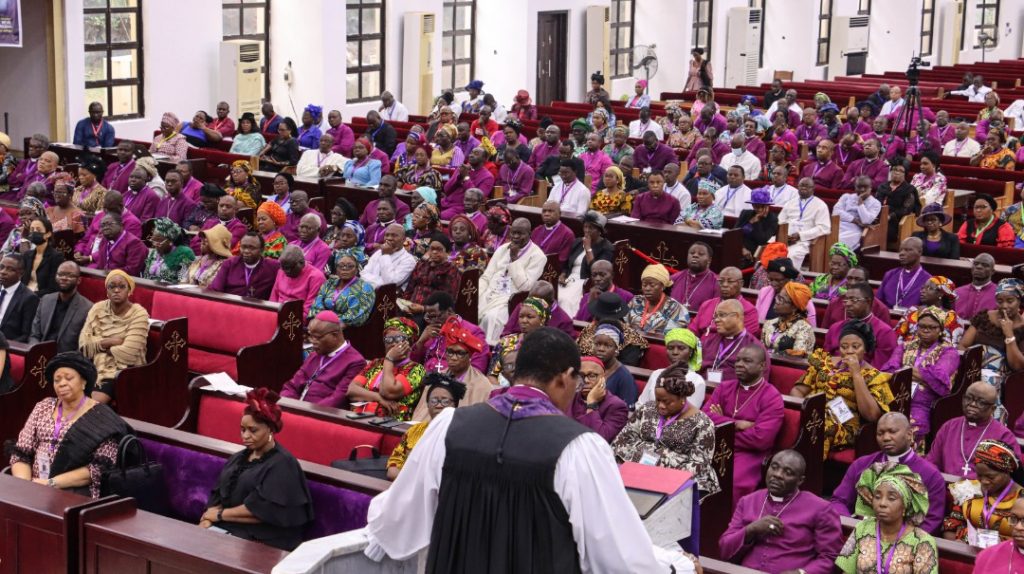 Eulogizing the late English monarch in the special service attended by members of the House of Bishops, clergy and laity of the Church, who converged on Abuja this week for their bi-annual Standing Committee meeting, Archbishop Ndukuba recounted how the Queen publicly declared her devotion to Jesus Christ at her accession to the throne, seventy years ago. 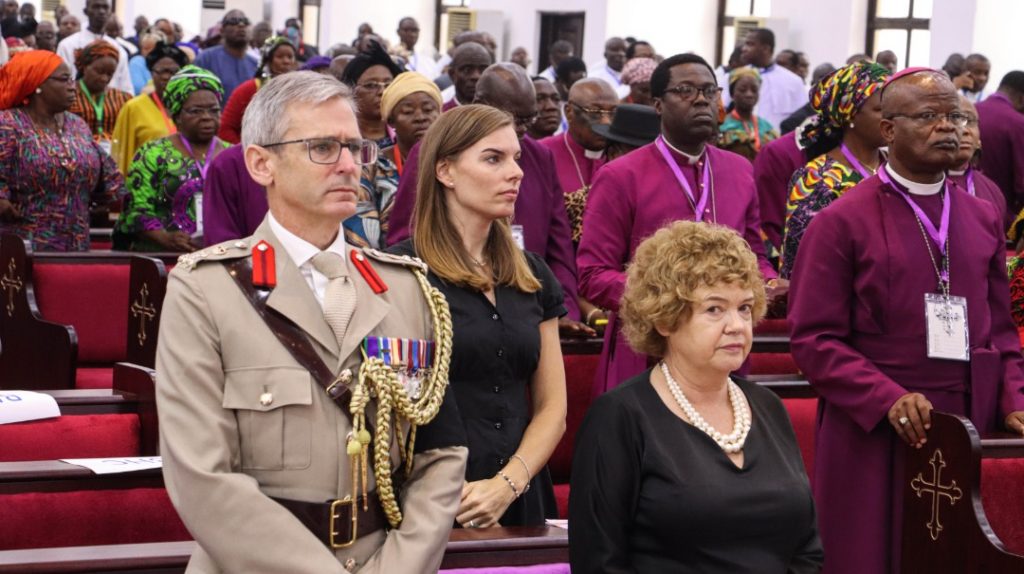 ”Queen Elizabeth II shall be remembered for being indeed a defender of the Protestant faith which she swore at her Accession to the throne. 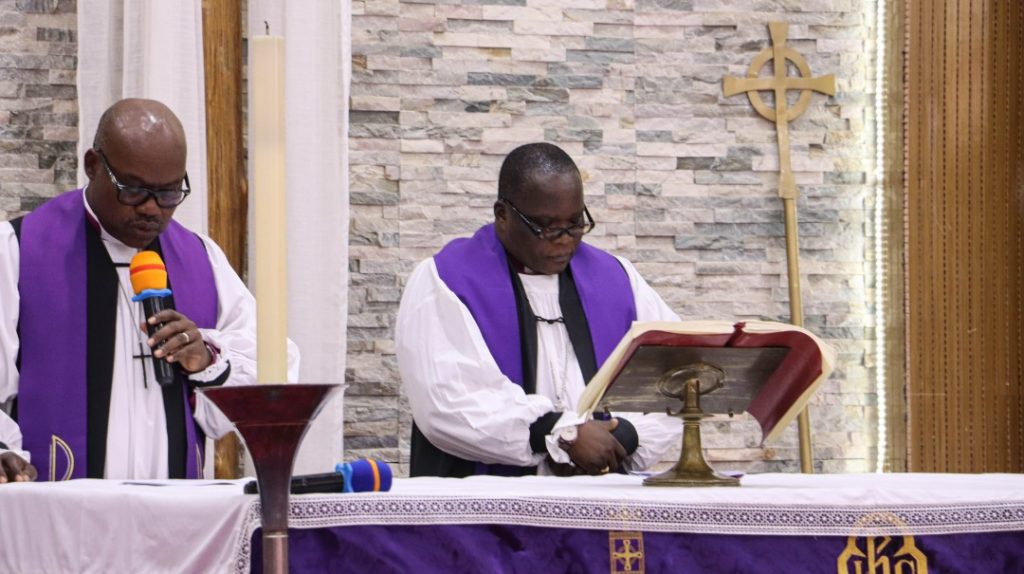 ”She was a believer in Jesus Christ and this personal faith guided her all through her life.

”At her coronation when she processed into the Church, she first went to the high altar to kneel in prayer and personally surrendered her life to the almighty God before she came down to the pomp and pageantry of the coronation. 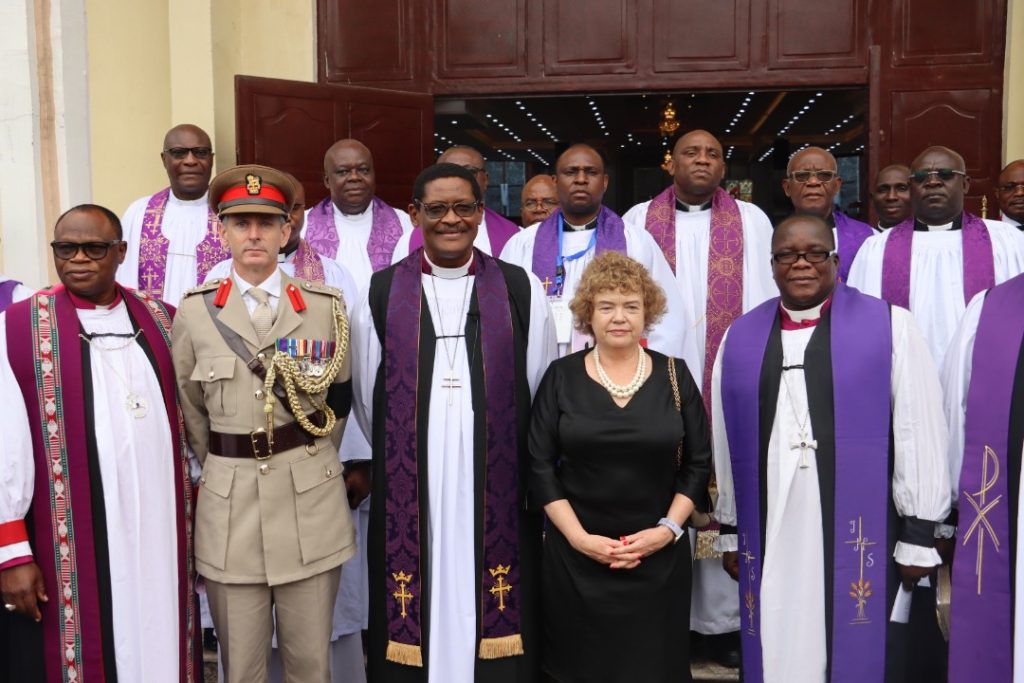 ”Her message of August, 3rd 2022 expressed this clearly when she said ‘throughout my life the message and teachings of Christ have been my guide and in them, I find hope.

”If this be her public speech indeed, she, like a soldier of Christ Jesus, fought the good fight of faith. She, like an athlete, has run the race to the finishing Line and has kept the faith. 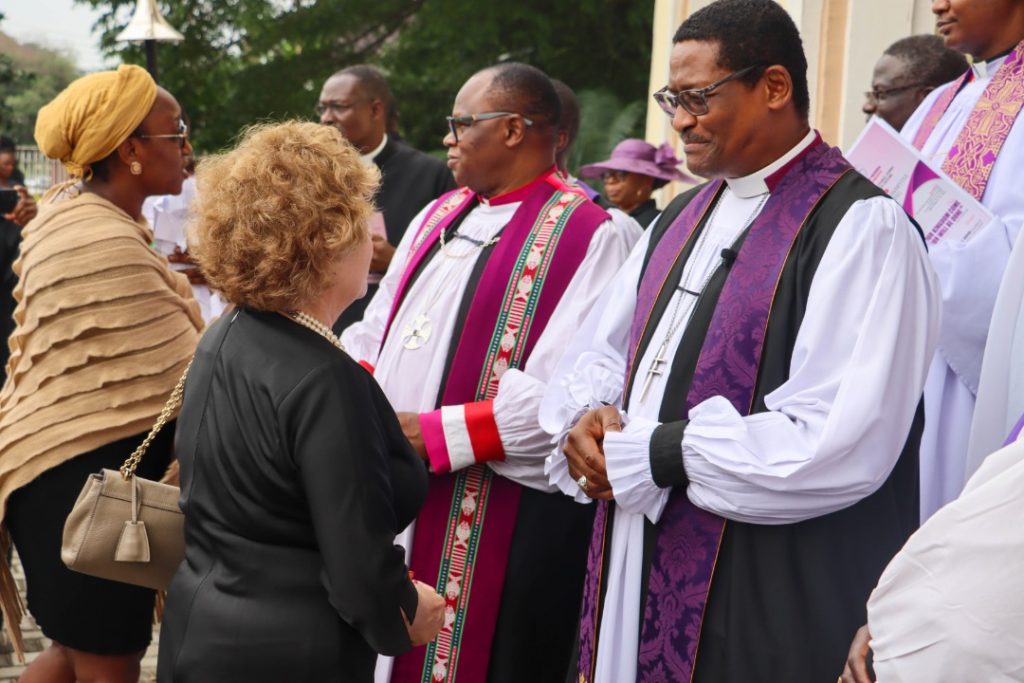 ”If Christ and the word of God be her hope then there is the great and glorious reward of the crown of righteousness that awaits her.”

The Primate, who based his exhortation from 2nd Timothy 4: 6-8, said like Saint Paul the Apostle, the Queen would also be remembered as the monarch whose life was spent purposefully in the service of God and her people. 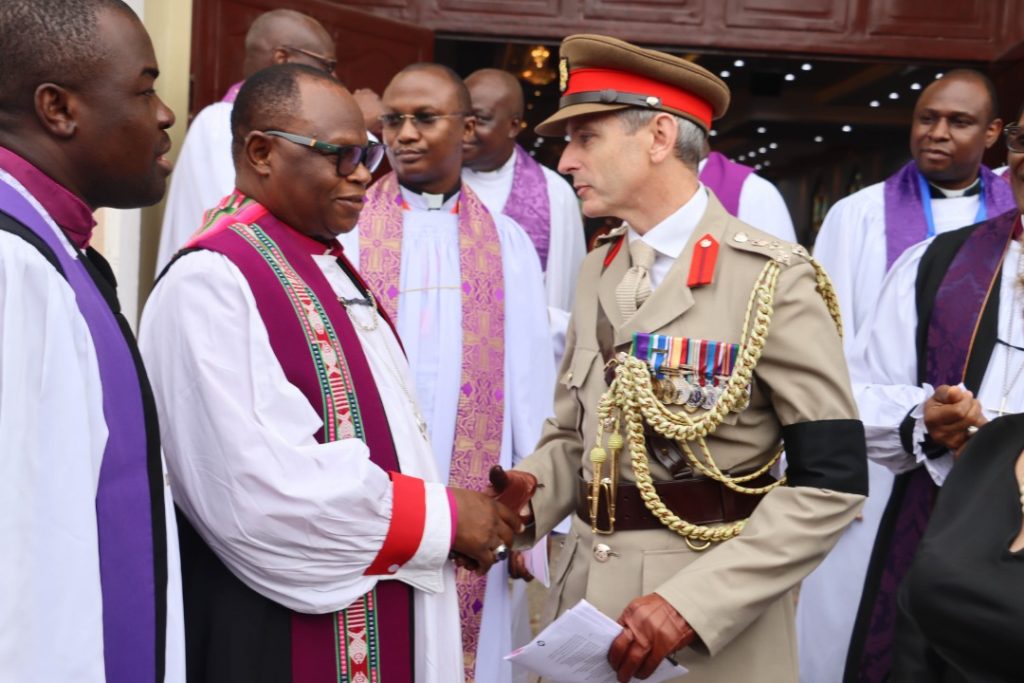 Reflecting on her life and numerous charities that touched many indigent people, Ndukuba said

”like Paul, she was poured out in the very service she was called.” 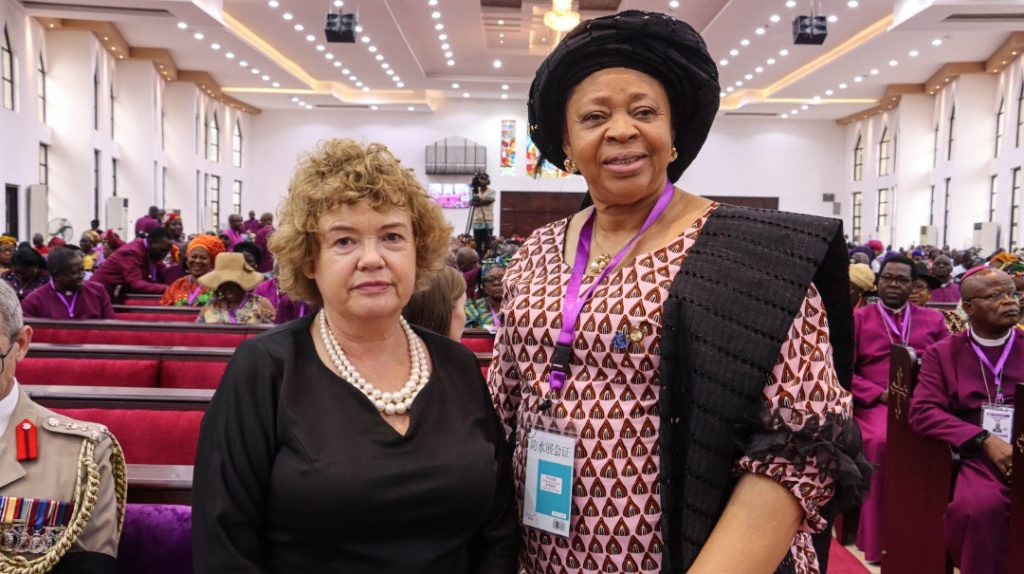 Further, the cleric noted that: ”As a young princess she pledged to spend her whole life serving the people whether that life be long or short.

”Indeed, God blessed her with longevity and she was a hallmark of humble, patient and dedicated service to the citizens of Britain and the whole world, till the very last breath of her life she remained resolute in her service. 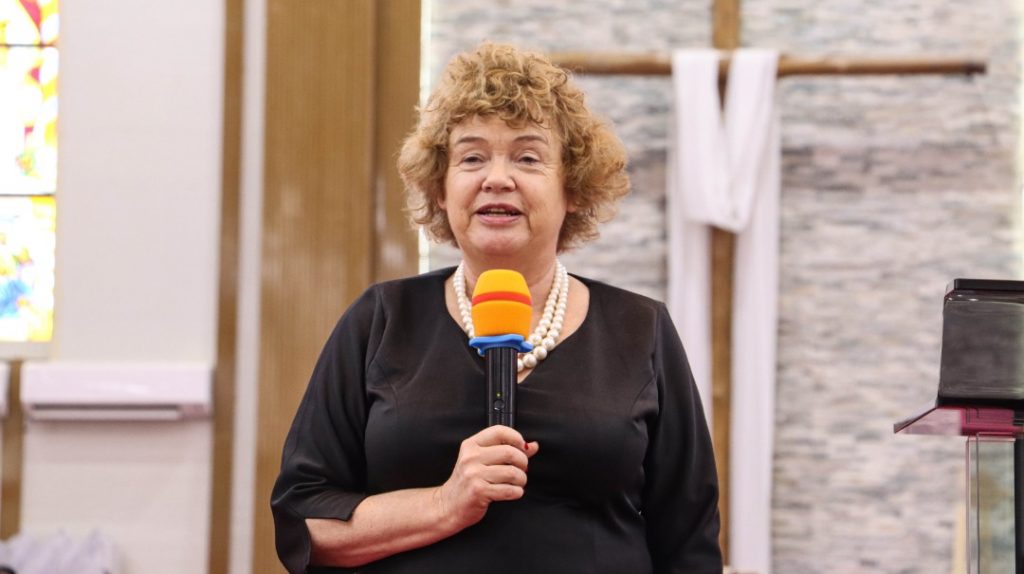 ”Queen Elizabeth II was a steadfast consistent guide to Britain, the Commonwealth and to the world leaders in the most difficult periods of history, wars, economic recessions and political instabilities.

”She was a guiding Light and a measure of stability. She was indeed the Matriarch of modern Great Britain. Always calm and unruffled by challenges be them personal, national or international. She lived a purposeful and fulfilled life of service to her Kingdom and to the world.” 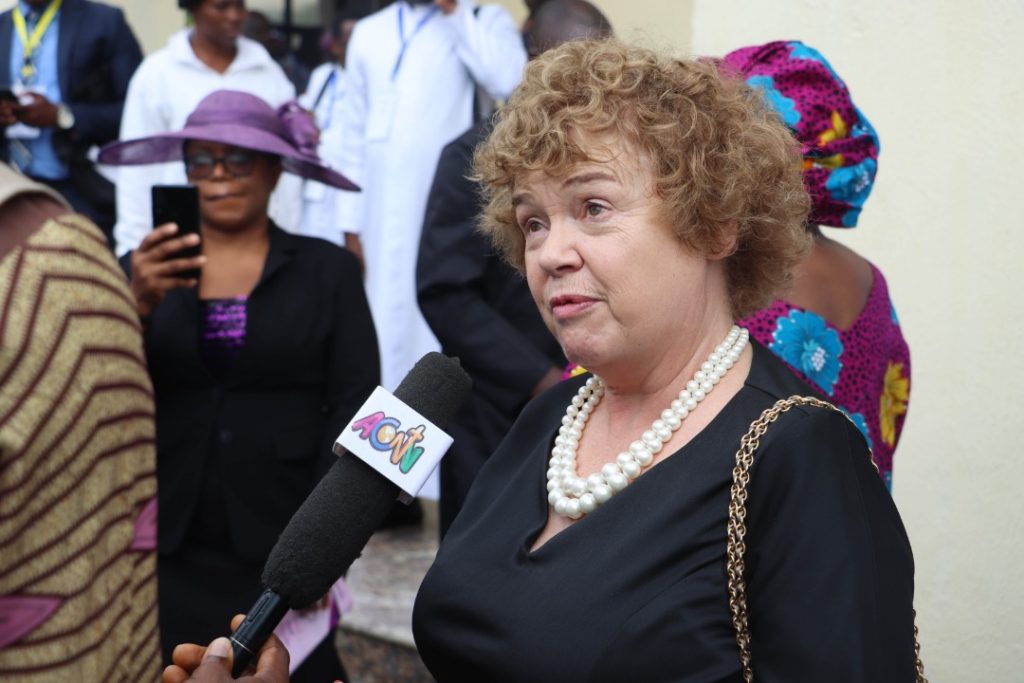 On colonialism and the Queen’s accomplishments in Africa, the Nigerian Anglican leader stated that her reign witnessed the transition from colonial rule to the independence and nationhood of many nations that were under the colonial rule of the British Empire.

”She wisely brought to birth those nations, as a mother she was able to constitute them into a Commonwealth of Nations that has remained a strong bloc of nations contributing to the world peace. ”

The Primate, who commiserated with King Charles III and the people of the United Kingdom on the passing of the late Queen, also used the occasion to remind Christians of life beyond this world, the second coming of Jesus Christ, eternal judgment and reward.

”The real issue is where you shall be when this life is ended. Hebrews 9 verse 27 says ‘it is appointed for men to die once but after this comes the judgment of God.”

He prayed that ”God will raise the beloved Queen Elizabeth II at the coming of our Lord and Saviour Jesus Christ.”

The British High Commissioner to Nigeria, Catriona Liang, who led members of staff of the Commission to the Service, thanked the Primate and the Church for honouring the late Sovereign with the Service of Remembrance and identifying with the people of the United Kingdom in their period of mourning.

”We share a common heritage in the Anglican faith and as we heard in the sermon, Her Majesty, Queen Elizabeth II was the defender of that faith,” she said.

The High Commissioner recounted her previous audience with the Queen as her representative to Nigeria, where she spoke so fondly of her two visits to Nigeria in 1956 and 2003.

”King Charles III also has great interests in Nigeria, has visited and will visit again,” she said. 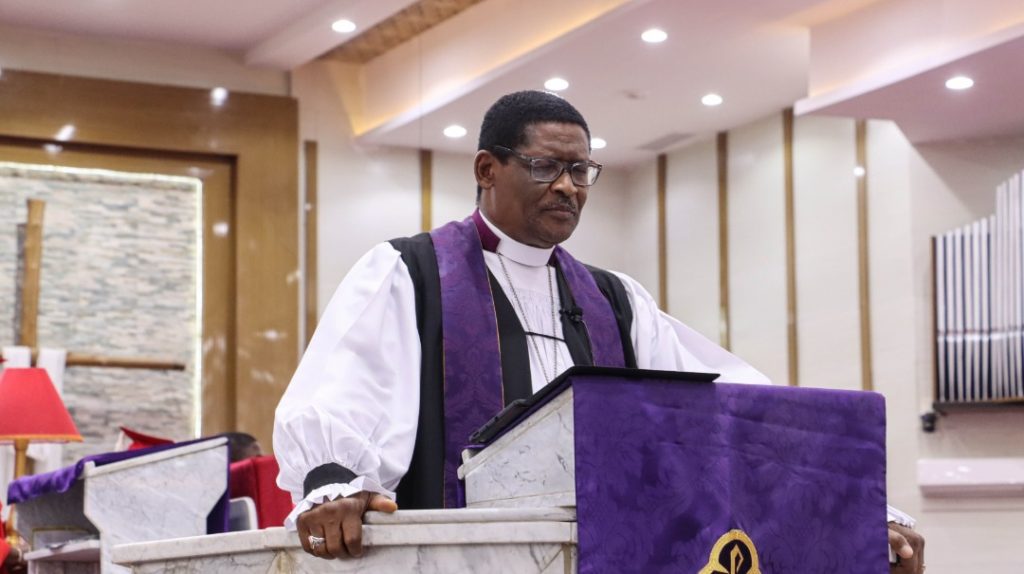 The Archbishop of Jos Province and Bishop of Yola Diocese, Markus Ibrahim, and Bishop Stephen Fagbemi of Owo Diocese led intercessory prayers for the new King and the late Queen while the Cathedral choir ministered in hymns and a special anthem, ”His Eyes is on the Sparrow.”