Goodluck Jonathan Gets Another Appointment 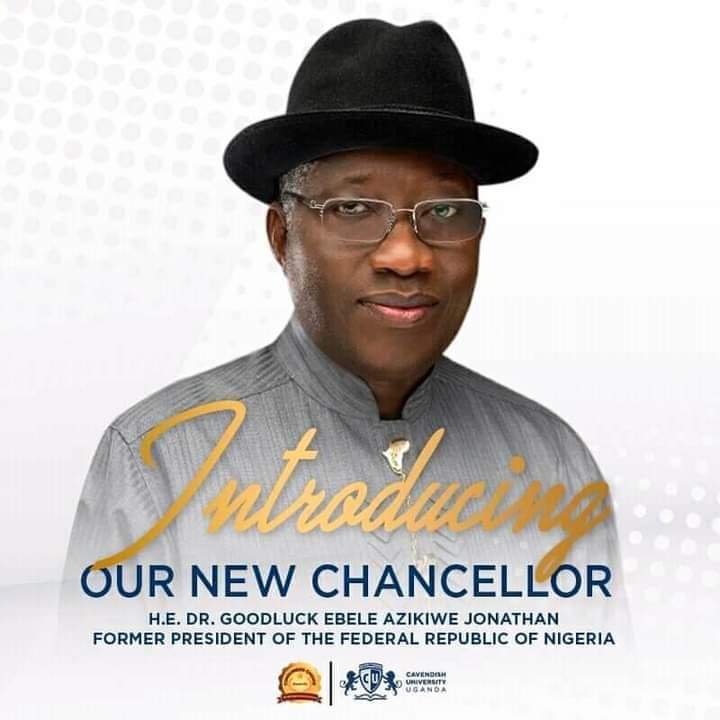 The appointment is one of the numerous international recognitions given to the former Nigerian President.

Cavendish University Uganda which is a private University is one of the leading Universities in Uganda and among the list in world ranking.

The university started operating in 2008. At the opening ceremony, the former Zambian President, Kenneth Kaunda (now late) was the Chancellor of the university.

The university has different campus across the country including a campus in the capital city of Kampala.