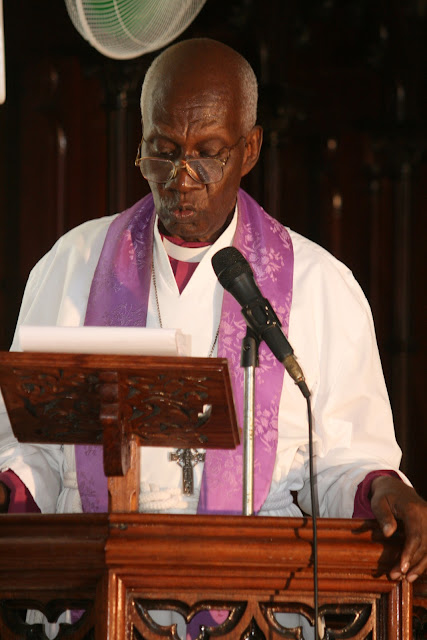 The former Primate of the Anglican Church of Tanzania, the Most Rev. John Acland Ramadhani has died. He was 90 years old

The grandson of the Rev. Cecil Majaliwa, the first African Anglican priest of the Universities Mission to Central Africa, Archbishop Ramadhani was born in Zanzibar, and educated at the University of East Africa, Queens College, Birmingham, and the University of Birmingham. He served as principal of St Andrew’s Teachers College in Korogwe from 1967 to 1969 and was ordained priest in 1976 at Christ Church Cathedral in Zanzibar. Following ordination, he served as warden of St Mark’s Theological College in Dar es Salaam and was elected Bishop of Zanzibar and Tanga in 1980 retiring in 2002. He was elected archbishop and primate of Tanzania in 1984, stepping down from office after the 1998 Lambeth Conference.

Archbishop Maimbo Mndolwa, the current archbishop, released a statement after his death. “We extend our condolences to the family of Father Bishop Ramadhani, Christians, the diocese of Zanzibar, and the whole church in general for this loss,” he said, noting funeral arrangements were pending.