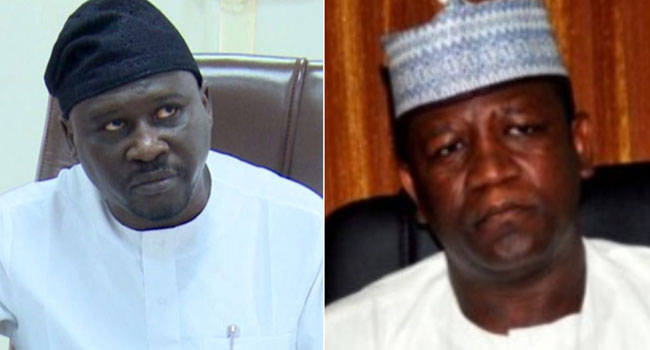 The Federal Airports Authority of Nigeria (FAAN) has asked all very important personalities to obey all COVID-19 protocols at the nation’s airports or risk being denied access to any of its facilities.

The Federal Airports Authority of Nigeria (FAAN) in a statement on Friday noted with dismay, two acts of infractions on the rules and guidelines for air passengers and airport users.

According to FAAN, The first incident occurred on Saturday, July 11, 2020, at the Aminu Kano International Airport, when the former governor of Zamfara State, Alhaji Abdulaziz Yari, declined to adhere to the Port Health protocols and procedures.

The agency further revealed that the second incident occurred on Tuesday, July 14, 2020, when the Governor of Adamawa State, Alhaji Ahmadu Umaru Fintiri, arrived at the Port Harcourt International Airport, in the company of eight other passengers. He also fragrantly refused to observe airport security and port health protocols.

FAAN stated that as a responsible institution of the Federal Government of Nigeria, it holds all officials of the state in high esteem and accords them all the courtesies their status deserves. It, therefore, has no personal issues with Alhaji Abdulaziz Yari and Governor Fintiri.

“We are merely implementing our standard operating procedures (SOPs) to assure the success of our Security and Public health Protocols. The protocols flouted by both personalities were duly approved by the Federal Government through the Presidential Task Force on COVID-19.

“They were intended to protect all airport users and to curb the spread of COVID-19 pandemic.

“By their actions, the two personalities put at risk not only themselves but also other airport users. These protocols are now part of the new normal all over the world, and no person, no matter how highly placed, is exempted from them, else he would be denied access to our facilities,” FAAN’s statement read in part.

FAAN reiterated the need for all air travelers to strictly adhere to the security, Public health, and operational protocols put in place to make air travel in the country safe, secure, and efficient, especially in the midst of this pandemic.

“Our esteemed Government officials and other Very Important Personalities (VIP) should not only comply with the rules but provide leadership for other air travelers, by projecting good conduct and protecting public safety.

FAAN will continue to enforce the protocols, and advise all air travelers to adhere strictly to the same,” the aviation agency stressed.