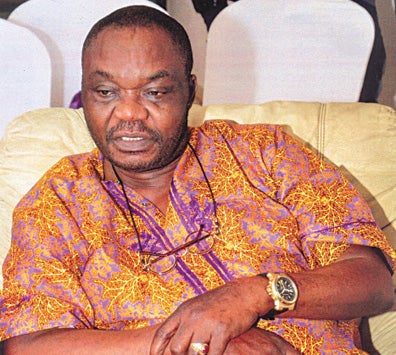 Chief Charles Idahosa, former Commissioner for Information in Edo state and a chieftain of the All Progressives Congress, APC, in this chat speaks on the politics of the state ahead of the September 19 governorship poll and the resignation of Taiwo Akerele as Chief of Staff to Governor Godwin Obaseki among other issues.

I was the one who nominated Taiwo Akerele as Chief of Staff to Governor Obaseki. He worked with me in Government House when I was Political Adviser to former Governor Adams Oshiomhole. I liked him because he was very efficient. He was a secretary of a committee that I chaired in Government House. He was rolling on the ground when I nominated him as Chief of Staff because he was already lobbying me to assist him in becoming a Commissioner, only for the governor to come to me and say ‘Is there anybody you can suggest to me as Chief of Staff?’ I immediately said Taiwo Akerele from Akoko Edo; the governor approved it and that was how he became Chief of Staff.

Did he inform you about his intention to resign?

He came to me about three days before he resigned but unfortunately I was resting, so he couldn’t see me. Later, my security man told me that ‘Sir, while you were sleeping, the Chief of Staff came here’ and I asked him ‘ Why didn’t you wake me up?’ He later came with a retinue of people and told me that he wanted to resign. I asked him why. He said they did not allow him to function as Chief of Staff. He said the Deputy Governor and SSG had taken over his role and so he wanted to resign.

I asked him ‘why did it take you almost four years before saying this? Why are you resigning when election is just three months away? Then, I asked him a very crucial question, ‘Are you being blackmailed into resigning? Is there anything you have done wrong in the past that some people are now using against you?’He said ‘No, he wasn’t being blackmailed’. I remembered that a Commissioner that left in 2014 came back crying that he was blackmailed because of the activities he did few years ago when he was a young man in the United States. With the governorship election just five months away, do you think Akerele’s departure will negatively affect Governor Obaseki’s chances? The issue of the sudden resignation of the Chief of Staff is completely meaningless and of no effect. He is a political lightweight and very inconsequential until I nominated him for the position. As chief of staff, his action is a betrayal to the governor. We have seen it before. I feel so sorry for the young man. He comes from a very deprived part of Edo, Akoko-Edo which is the oldest local government in Nigeria. The governor was trying to appoint people so that more developments can come into the area. The two people he gave positions from there ended by betraying him. John Mayaki and now Akerele, the Chief of Staff also betrayed the governor. So, I feel so sorry for the people of Akoko-Edo and I expect them to do the right thing by calling their people to order. I have worked with a lot of senior politicians from there and I gained a lot of experience from them. I know of Barrister S. S. Obaro, a veteran politician from that area and also Hon. Michael Oloyo. I feel so sorry for Akerele, I don’t see his resignation affecting Obaseki’s government in any way. All these are plots to distract the governor. The governor has performed so creditably well and Edo people are ready to give him their mandate again. The formula put in place by Governor Obaseki is what the federal government is adopting today. We are very proud of him and on behalf of APC leaders in Edo state, we have congratulated him for all that he has done for us and will still do in the next four years. Those against the governor’s reelection, especially members of the Edo Peoples Movement (EPM) don’t share your view. Don’t you think they have what it takes to deny the governor a second term? It is rather unfortunate that the supporters of Oshiomhole don’t have any respect for him. If they do, they should have just allowed the man to be resting now having gone through a very traumatic time to save his job in Abuja. I expect them to leave him alone and stop dragging him into all this mess. For a man that went to court after Governor Obaseki had held a meeting of South-South leaders where four governors attended and they agreed on who will take over from him as national chairman.

He rushed to the Appeal Court and they said we will send a message to you on when we will set up a panel. Then they called him back at 4pm to give him a breathing space. We are all aware that it was the late Abba Kyari that saved him. While people were carrying rumours that Abba Kyari was Obaseki’s man, we now knew through Oshiomhole’s tribute that Abba Kyari was his boss as far back as 1973 at Zamfara Textile Mill in Kaduna. In 1973, Obaseki was in Form 3 in Eghosa Anglican Grammar School. So, he had not in any way met Abba Kyari then. I feel so sorry for Oshiomhole because the people with him, claiming to be his loyalists are his enemies. I can imagine what he must have gone through at the age of 68 going to courts, yet the NEC meeting was the next day;the long hours he waited agonizing before they called him back at 4pm for ruling. The Appeal Court judge also told him that politicians should always learn to settle their quarrels without always bringing it to court.