Doctor Dies In Daura Before Testing Positive For Coronavirus 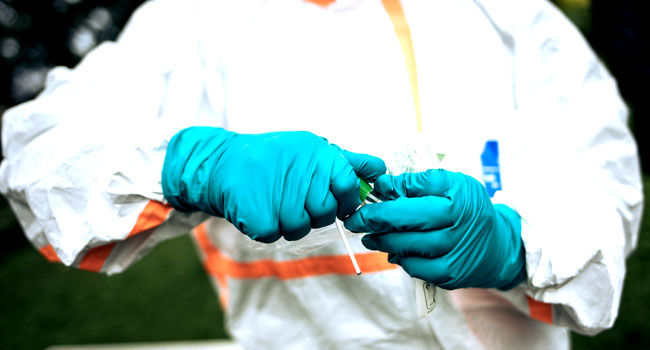 A private medical doctor based in Daura, Dr Aliyu Yakubu, has died just before being confirmed to have been infected with coronavirus (COVID-19).

The Katsina State Governor, Aminu Masari, announced this at a media briefing on Tuesday at the Government House in Katsina.

He disclosed that the doctor died three days ago (Saturday last week) in Daura after returning from Lagos State.

According to Governor Masari, Yakubu had been hospitalised at the Nigerian Air Force Reference Hospital for about two hours before he died.

The medical practitioner was said to have travelled to Kogi State – his home – and spent two weeks before returning to Daura.

Governor Masari confirmed that Yakubu’s blood samples were taken to the National Centre For Disease Control (NCDC) in Abuja for coronavirus test and the result came out to be positive.

“Before his death, he was diagnosed with hepatitis, and that was two years ago, and he was also hypertensive,” he added.

The governor described the incident as sad and directed that the blood samples of all the people the deceased had come in contact with should be collected for laboratory testing between Tuesday evening and Wednesday.

He said a medical response team from the State Ministry of Health had been deployed in Daura to identify Yakubu’s contacts.